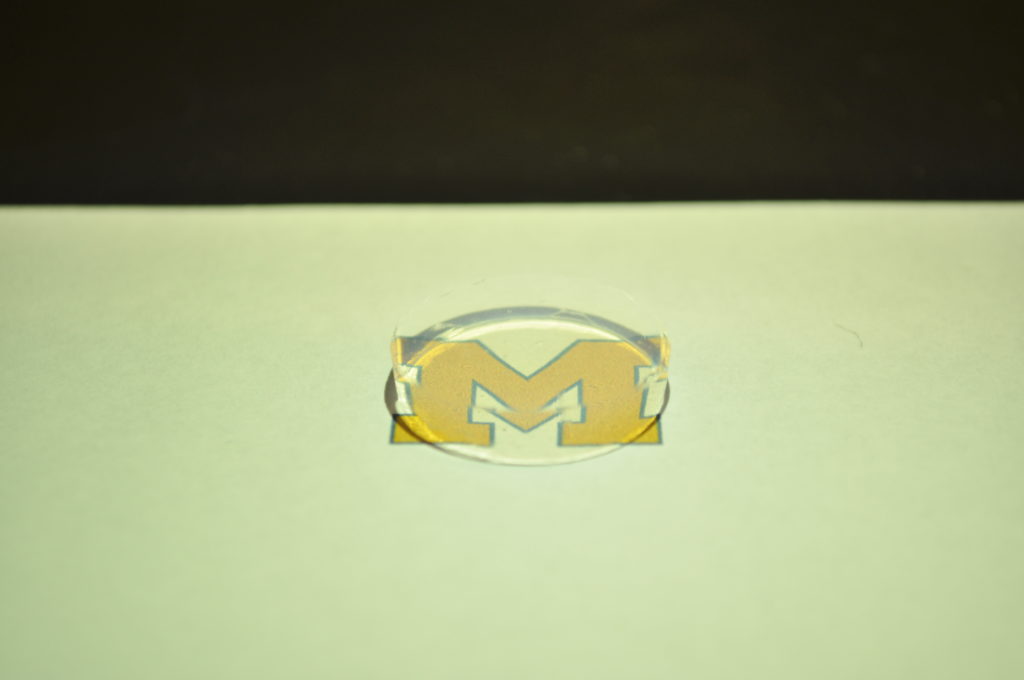 ANN ARBOR—Electricity-generating windows and high-temperature solar power are the aims of two new University of Michigan projects, funded with a total of $1.6 million from the Department of Energy’s Solar Energy Technologies Office.

Solar cell windows are supported with $1.3 million. Many building windows have a coating to reduce glare and unwanted heating, discarding 50 to 70 percent of the available energy. Instead of coating the windows, the researchers are developing flexible, clear solar cell sheets that would capture that energy instead.

“There’s a lot of surface area on buildings that is sun facing,” said Stephen Forrest, the Peter A. Franken Distinguished University Professor and leader of the photovoltaic window project. “Why not use this to generate electricity?”

While conventional solar cells use hard and opaque silicon, Forrest’s group makes solar cells with organic, or carbon-based, materials that can be transparent and flexible. They already developed thin photovoltaic sheets that can capture 8 percent of the sunlight without dimming the view more than coatings already do. Their new project will nearly double that to roughly 15-percent efficiency and 50-percent transparency, similar to some tinted windows.

Forrest, one of the founders of Universal Display Corp., which is a world leader in organic light emitting diodes, is looking ahead to the commercial viability of this technology. Its big advantage is that it can be made in rolls, “which means very fast production, high volume and low cost,” Forrest said. 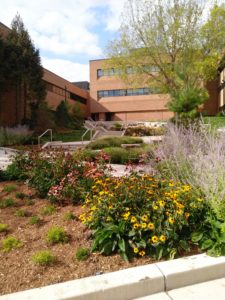 The other new solar project at U-M, funded with $325,000, aims to reduce the heat lost when capturing solar thermal energy. Solar cells turn light directly into electricity, but electricity is hard to store. If the energy is captured as heat and then converted to electricity, it can be held as heat until the energy is needed. In a solar thermal setup, sunlight shines onto an absorber, typically a pipe with a fluid inside, and the heat carried by the fluid is used to turn a turbine in a power plant.

“Operating at high temperatures is needed for efficient electricity generation, but it is quite challenging from a materials perspective,” said Andrej Lenert, assistant professor of chemical engineering and leader of the high temperature solar energy project.

That’s because the target temperature is about 700 Celsius, or 1,300 Fahrenheit. At this temperature, conventional solar collectors lose 15 kilowatts per meter squared, or enough power to run a 100-watt light bulb from an area the size of two credit cards.

Lenert’s team intends to cut that loss by about 67 percent. Their silica aerogel insulator is like an extraordinarily light sponge, mostly air pockets held together with a fine network made of the same stuff as glass. A one-inch thickness of their aerogel provides insulation on par with standard (3.5-inch) fiberglass wall insulation.

But the transparent aerogel doesn’t naturally block the infrared rays that account for most of the heat lost at high temperatures. For this, Lenert’s team works with the group of Neil Dasgupta, assistant professor of mechanical engineering, to add an ultrathin layer thats interact strongly with infrared light.

“It’s like coating the inside of a sponge,” Lenert said.

The coating creates an impossible maze for the infrared rays—they are constantly absorbed and emitted by different surfaces and never reach the outside. Meanwhile, the coating doesn’t interact with the visible light, allowing it to cut straight through and heat the absorber.

The ultimate goal is to achieve such high temperatures that a special form of carbon dioxide can be used as the heated fluid, enabling more efficient conversion to electricity than is possible with the standard steam turbine.