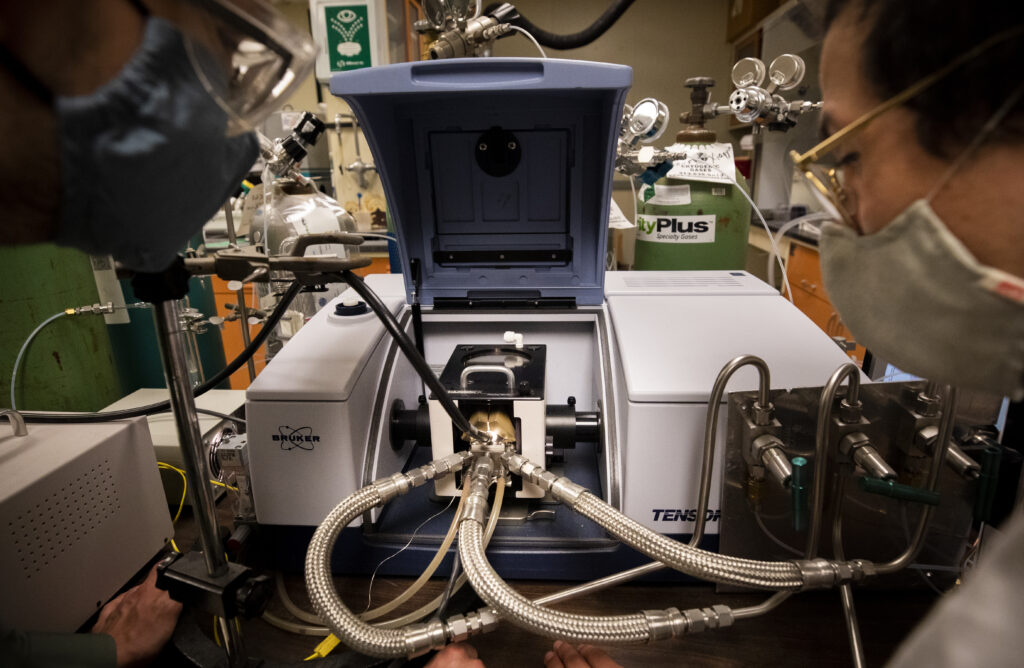 Producing the fertilizer that helps feed Earth’s 7.8 billion people comes with an environmental cost—one that University of Michigan engineers are hoping to lessen with a new strategy that favors sunlight over fossil fuels.

The National Science Foundation has awarded U-M researchers $2 million to study the effectiveness of a new ammonia production process aimed at reducing greenhouse gas emissions. Because that process lends itself to decentralized fertilizer production, the team hopes to bring the technology to local farming communities, further cutting environmental costs by reducing transportation requirements.

“As our world’s population grows, the question becomes how to meet the need for greater food production,” said Johannes Schwank, the James and Judith Street Professor of Chemical Engineering at U-M. “Will we build more of the current massive industrial plants that produce ammonia for our fertilizers, or is there a more sustainable way to do it?”

The key to making all of this happen lies in offsetting the fossil fuels that are burned during the catalytic process of ammonia production with solar power. The current method, known as the Haber-Bosch process, is now the largest contributor of greenhouse gases from an industrial chemical process—as much as 2% of global emissions. 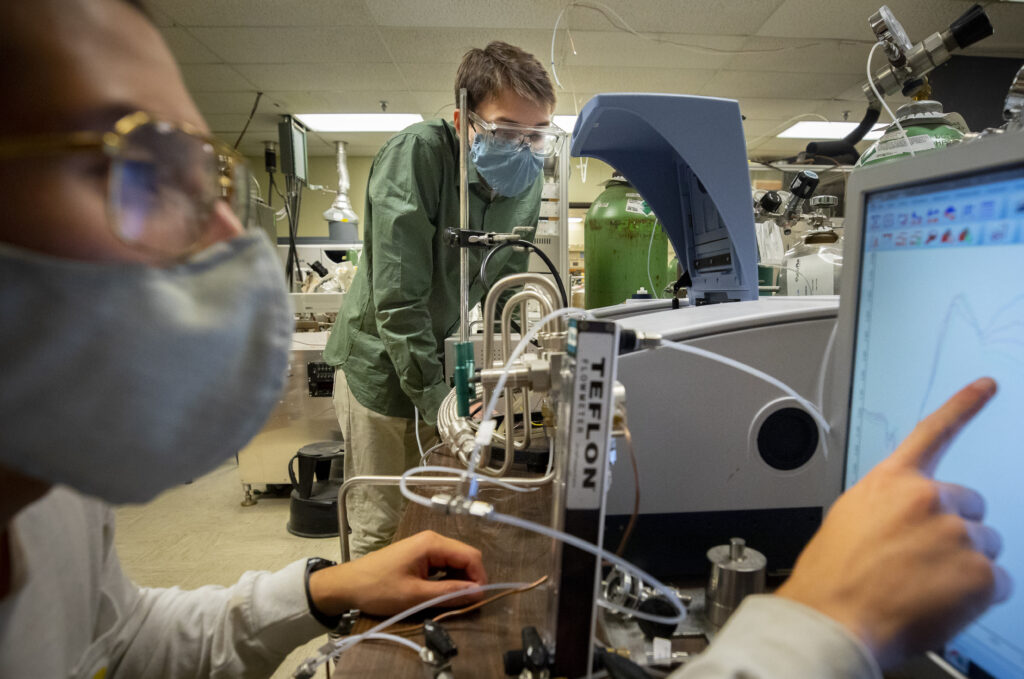 Haber-Bosch creates most of the ammonia used in fertilizers today. It utilizes hydrogen that is produced from natural gas, releasing large amounts of carbon dioxide. In addition, the process requires hydrogen to react with nitrogen in high temperature, high-pressure reactors that are also driven by burning fossil fuels.

U-M’s team is pioneering a system that harnesses energy from sunlight, reducing the reliance on temperature and pressure to bring the hydrogen and nitrogen together. It will pull nitrogen from the air using an air separation unit while splitting water molecules to produce hydrogen. Those gases will then be compressed inside the reactor to create ammonia at significantly lower temperatures and pressures than those needed in Haber-Bosch.

Each step in U-M’s process is driven by solar power, through both electricity-generating panels as well as new catalysts that help fuel chemical reactions with light, known as photocatalysts.

“We’re looking to use sunlight, but we’re not doing it in the traditional liquid phase reactors that are used in most photocatalytic processes,” said Neil Dasgupta, U-M associate professor of mechanical engineering. “Instead, we’re conducting photocatalysis in a gas phase reactor.”

By harnessing solar energy, the team aims to reduce the pressures needed by a factor of 10 compared to the Haber-Bosch process, which would significantly decrease the required energy inputs.

If ammonia production can be scaled down sufficiently in this way, researchers want to bring the technology to the people who use the fertilizer—the agricultural community. As part of the four-year project, the U-M team will develop a training program to allow local farms to produce their own ammonia and fertilizers.

On-site production will reduce the need to transport chemicals. And for isolated communities in the U.S. and other countries where food insecurity is a chronic problem, that could have a large impact.

“These communities would not just be receiving technology that we’re dropping in for them, but they would be participating in implementing a sustainable operation with socio-economic benefits,” Schwank said. “The whole idea is to bring them to the table so they can ultimately benefit from this opportunity for economic development.”