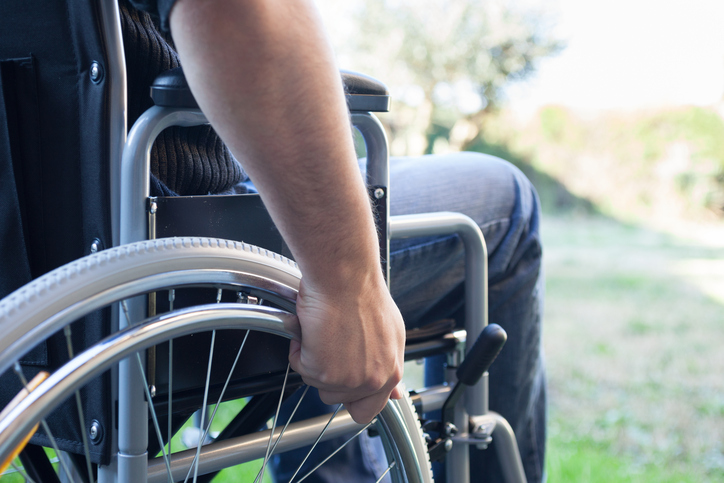 ANN ARBOR—Reducing or eliminating five common risk factors could decrease the prevalence of disability across the United States, according to research led by the University of Michigan.

The percentage of people with disabilities in the U.S. declined steadily during the 1980s and ’90s but has since plateaued. New research published this week in the journal Health Affairs shows if certain modifiable risk factors—smoking, obesity, diabetes, high cholesterol and high blood pressure—were eliminated, the number of people with a disability would be reduced by 53 percent nationally.

The researchers, led by Neil Mehta, assistant professor of health management and policy at the U-M School of Public Health, also wanted to investigate how a more realistic risk factor reduction effort could impact disability rates.

Using the states with the lowest risk factor rates as targets, Mehta and colleagues found that reducing risk factors across the U.S. to those levels would decrease the overall prevalence of disability by up to 7 percent.

While this doesn’t seem like much, Mehta says that states with a higher prevalence of risk factors and disability, such as those in the South and the Midwest, could see disability reductions of more than 10 percent under this scenario.

“We thought we would see a larger reduction in disability rates,” he said. “What this tells us is that we need more aggressive targets for risk factor reduction. All states can improve.”

The good news, Mehta says, is that the three risk factors that have the biggest impact on disability—obesity, smoking and high blood pressure—can be improved through public health.

“Obesity might be the most challenging to address,” he said. “And, while the percentage of adults who smoke cigarettes has been declining, cigarette smoking continues to take a large toll on population health and, in this case, we show its negative effects on disability levels quite clearly.”

The researchers looked at survey data for nearly 400,000 Americans ages 18 to 79 who were surveyed through the Behavioral Risk Factor Surveillance System, an annual national telephone survey. To measure disability, they used survey responses to three questions from the BRFSS:

Respondents who answered “yes” to at least one of these questions were classified as disabled.

About 15 percent of the adults surveyed reported having a disability, with the prevalence of disability increasing with age. More than a quarter of people ages 65 to 79 were classified as disabled.

Researchers from the Emory University School of Public Health also contributed this study.