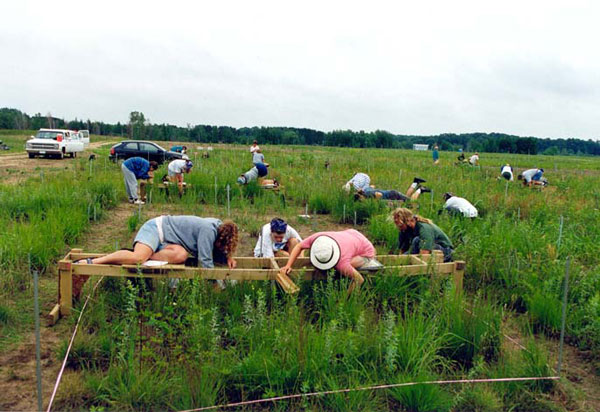 Researchers manipulating the number of plant species in an experimental plot to determine how biodiversity impacts the productivity of ecosystems. (photo credit: David Tilman)ANN ARBOR—Hundreds of experiments have suggested that biodiversity fosters healthier, more productive ecosystems. But many experts doubted that results from small-scale experiments would hold up in real-world ecosystems where nature is most unpredictable and complex.

A Smithsonian Institution and University of Michigan study published Sept. 6 in the journal Nature has put that doubt to rest: Biodiversity’s power in the wild does not match that predicted by experiments—it surpasses it.

The new study shows that the production of biomass, the total amount of living matter produced in one place, increases with biodiversity across a wide range of the world’s ecosystems.

In fact, after controlling for other environmental factors, the researchers found that increases in biomass with biodiversity are stronger in nature than had previously been documented in experiments. The increases are comparable to or stronger than the effects of other well-known drivers of an ecosystem’s productivity, including climate and nutrient availability.

The findings suggest that the role of biodiversity in maintaining healthy, productive ecosystems should figure prominently in global change science and policy, according to the researchers.

“Having biodiversity is not just an aesthetic thing,” said Emmett Duffy, lead author of the Nature paper and a marine ecologist at the Smithsonian Environmental Research Center. “It’s really important for maintaining ecosystems that work well and that are both efficient and productive.” 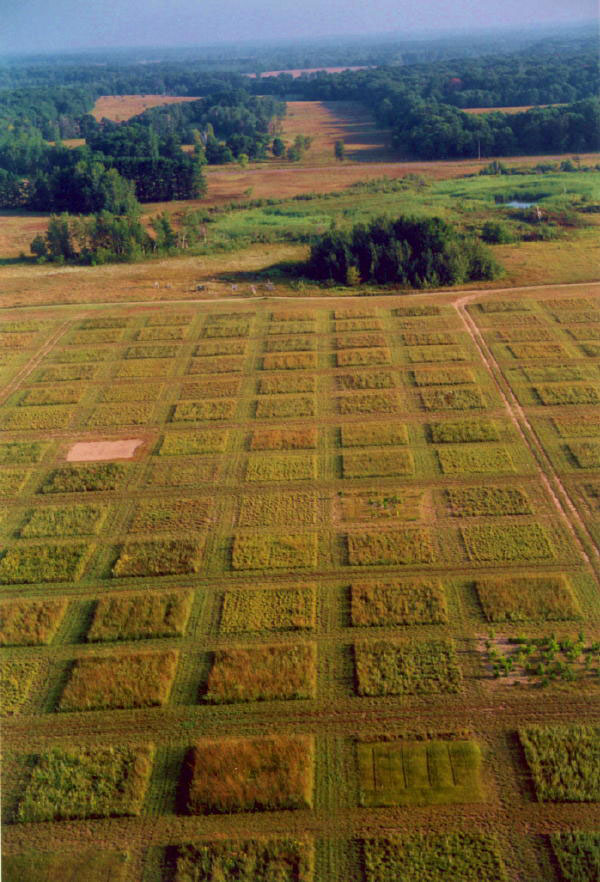 Experiments like the one set-up here in a North American prairie have suggested that when species diversity declines, an ecosystem tends to become less productive. (photo credit: David Tilman)“Natural ecosystems provide us with goods like clean water and timber, as well as services like flood protection and pollution control. Nearly all of the benefits we take from nature are controlled by the amount of living tissue that organisms produce in ecosystems,” said U-M ecologist and co-author Bradley Cardinale, professor of environment and sustainability and director of the Cooperative Institute for Great Lakes Research.

“Experiments have long suggested that the variety of genes and species that make up an ecosystem is crucial for controlling the production of biomass and, in turn, the goods and services that ecosystems provide to us. But the key question has been whether or not the benefits of biodiversity are actually realized in nature, beyond the scope of small-scale experiments.”

To uncover biodiversity’s power in real ecosystems, the ecologists synthesized data from 67 observational studies of nature in the field, covering grasslands, forests, freshwater environments and marine environments. The studies spanned all seven continents and contained data from more than 600,000 sampling locations around the world.

In every type of ecosystem the team analyzed, biodiversity went hand-in-hand with more flourishing ecosystems. More diverse systems had higher biomass and productivity, and the effect was stronger in natural ecosystems than has been predicted from controlled experiments. This connection held true even after the team controlled for other environmental factors that drive ecosystem productivity, like temperature and nutrients.

In nature, biodiversity topped climate as the most powerful predictor of biomass production in roughly half the studies, and it topped nutrients in two-thirds of them. 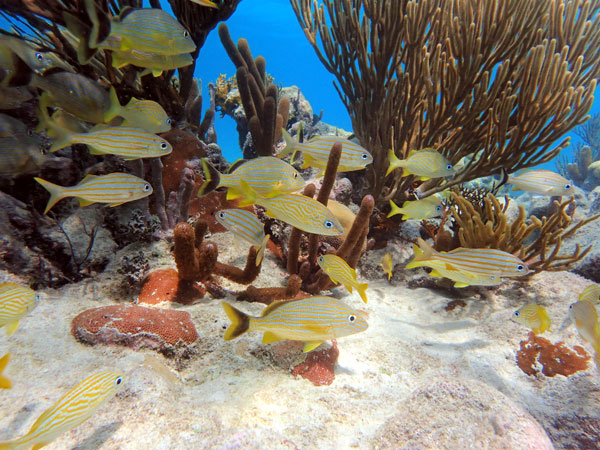 A school of grunts explores a shallow reef at Carrie Bow Cay, Belize, one of Smithsonian MarineGEO’s long-term research sites. Biodiversity not only can make sites beautiful, but also can help boost their biomass and make them more productive. (Credit: Ross Whippo/SERC).“Experiments have probably been too small and too short to reveal the full importance of biodiversity in real ecosystems, where plants and animals have evolved and interacted with each other for thousands of years to create a highly efficient system,” said co-author Casey Godwin, a U-M ecologist. “Therefore, if we want to maintain the productivity and functioning of Earth’s ecosystems, conserving their biodiversity is critically important.”

The scientists suspect there are a couple possible explanations for biodiversity’s power in nature.

The first is sheer numbers. Natural ecosystems already tend to have vastly more species than are used in most experiments. With so much firepower, it is more likely that some combination of species best suited to an area’s conditions will flourish. But even when the scientists ran the analysis under a hypothetical scenario—imagining what would happen if natural systems had fewer species, like the experiments did—natural systems still had an edge.

The second advantage may come from other types of diversity in nature, beyond species. Differences in light, moisture or other variables—differences scientists try to screen out meticulously in experiments—exist all over natural communities. These differences could have given some species in diverse communities the opportunity to thrive through a “division of labor,” empowering the entire ecosystem to thrive as well. 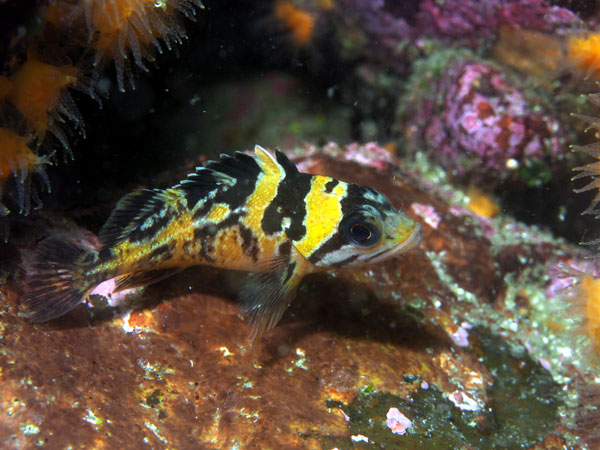 A juvenile rockfish lurks in a kelp bed on the central coast of British Columbia. In a new study, biologists discovered that higher biodiversity can help rocky reefs and other ecosystems be more productive. (Credit: Ross Whippo/SERC).Biodiversity’s surprising power makes the mission to protect it about more than saving species for their own sakes, the scientists said. Preserving life in all its diversity is vital not only for conservationists, but also for the health of businesses, for national security, and to ensure resilient communities.

“We now have strong evidence from models, controlled experiments and studies of natural systems, all of which agree that ecosystems with a greater variety of life are more productive than those with less biological diversity,” said the Smithsonian’s Duffy. “Therefore, if we want to maintain the productivity and functioning of Earth’s ecosystems—the ecosystems that all humanity relies on—then conserving their biodiversity is critically important.”

Duffy was supported by the National Science Foundation and by the Smithsonian Institution. Cardinale was supported by grants from U-M’s Energy Institute and NSF’s DIMENSIONS of Biodiversity program.