Bloomberg to release U-M Surveys of Consumers starting in 2015 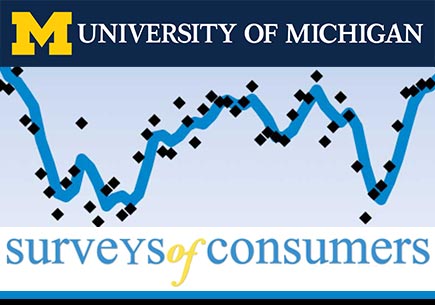 ANN ARBOR—The University of Michigan has established a new long-term partnership with Bloomberg to release the U-M Surveys of Consumers starting in January 2015 on a non-exclusive basis.

“I am very pleased with this new agreement, which provides for the simultaneous release of the monthly consumer sentiment data to the public and to Bloomberg subscribers,” said U-M economist Richard Curtin, who directs the surveys.

“This agreement ensures that we will be able to maintain the high quality of these surveys for the foreseeable future, and supports our strong commitment to open access to research data,” said James S. Jackson, director of the U-M Institute for Social Research, which conducts the surveys.

Until January, the surveys will be distributed by Thomson Reuters, which has served as the primary sponsor of the project since 2007.

The new contract with Bloomberg runs through 2019, with provisions for extension. The contract ensures that other companies are free to co-sponsor the research and distribute the results on the same terms and conditions as the contract negotiated by U-M and Bloomberg.

“The consumer data collected by the University of Michigan is an essential economic indicator for our customers,” said Jean-Paul Zammitt, global head of sales and product for the Bloomberg Professional service. “We are pleased to work with the university to distribute this data on a non-exclusive basis as part of our shared commitment to market transparency and equal access to critical economic information.”

The Surveys of Consumers is a rotating panel survey based on a nationally representative sample that gives each household in the coterminous U.S. an equal probability of being selected. Interviews are conducted throughout the month by telephone. Visit: http://umich.edu/~umsurvey.

Established in 1949, the University of Michigan Institute for Social Research is the world’s largest academic social science survey and research organization and a world leader in developing and applying social science methodology and in educating researchers and students from around the world. Visit: http://home.isr.umich.edu.