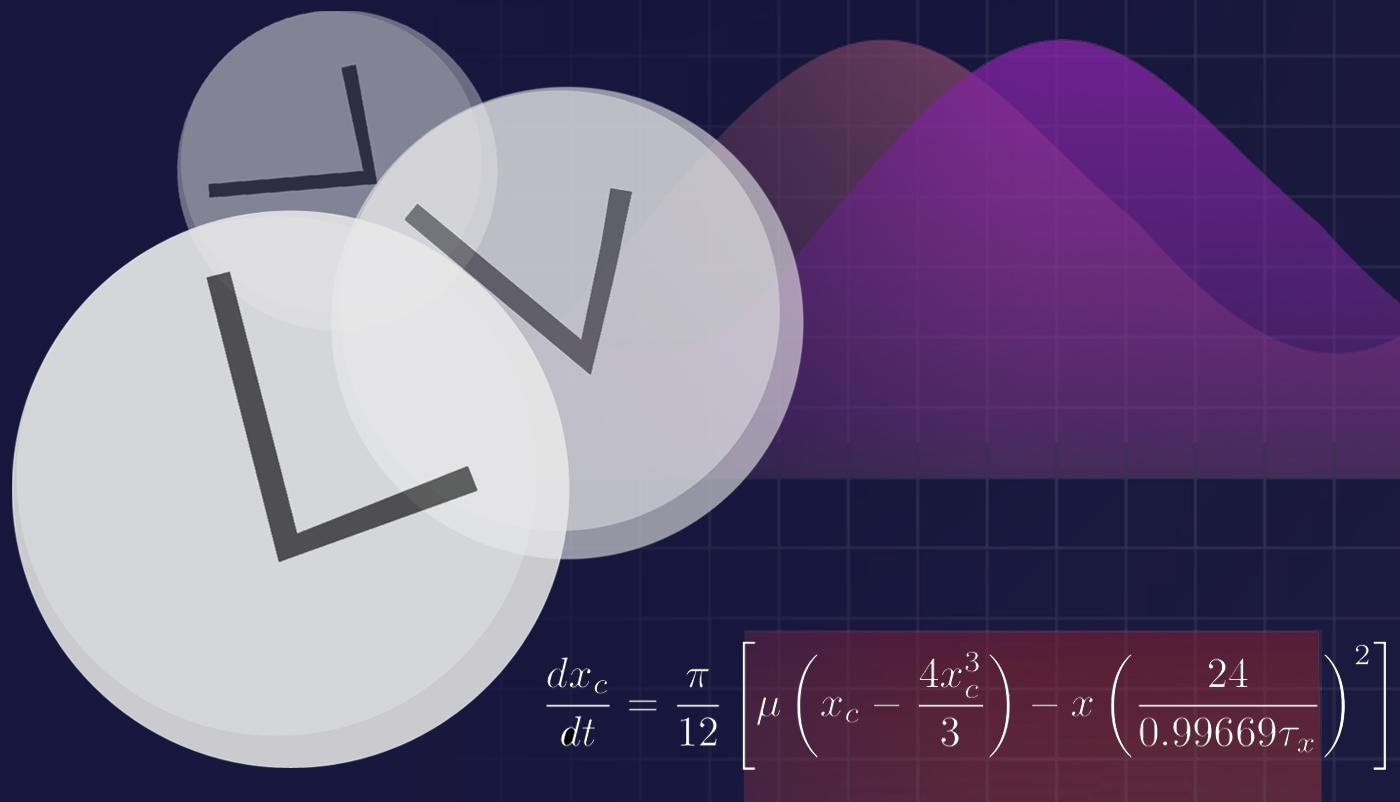 “Overcoming jet lag is fundamentally a math problem and we’ve calculated the optimal way of doing it,” said Danny Forger, a professor of mathematics at the U-M College of Literature, Science, and the Arts. “We’re certainly not the first people to offer advice about this, but our predictions show the best and quickest ways to adjust across time zones.” 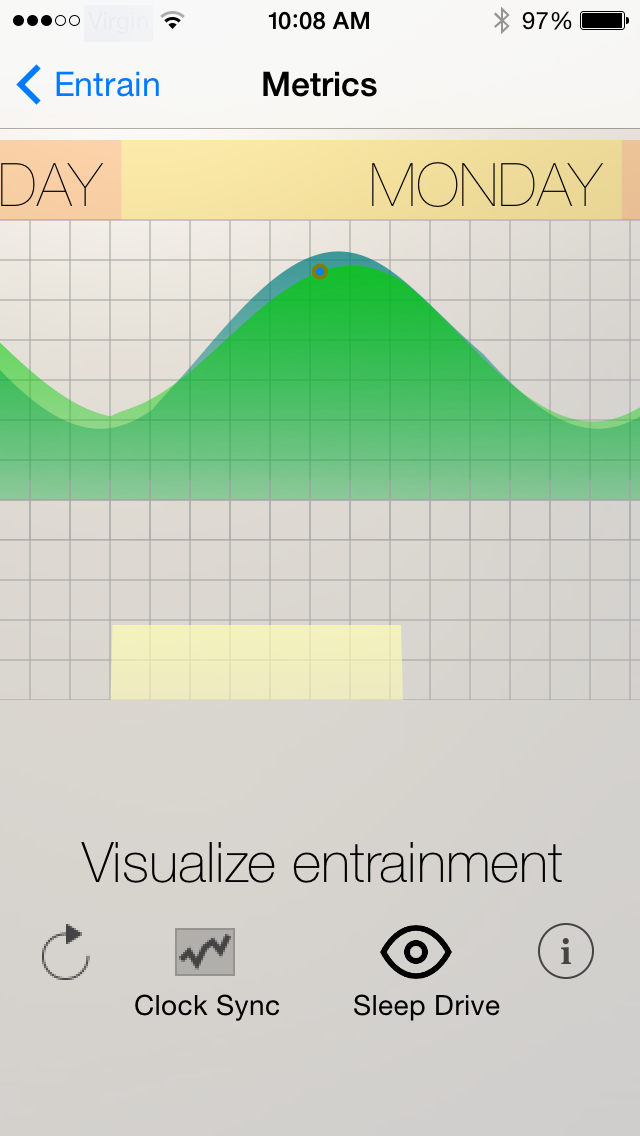 The new iPhone app, called Entrain, is believed to be the first to take a numbers-based approach to “entrainment,” the scientific term for synchronizing circadian rhythms with the outside hour. It’s based on new findings by Forger and Kirill Serkh, a doctoral student at Yale University who worked on the project while an undergraduate at U-M.

Entrain is built around the premise that light, particularly from the sun and in wavelengths that appear to our eyes as the color blue, is the strongest signal to regulate circadian rhythms. These fluctuations in behaviors and bodily functions, tied to the planet’s 24-hour day, do more than guide us to eat and sleep. They govern processes in each one of our cells.

Short disruptions such as jet lag and its symptoms of fatigue and insomnia can affect mood and performance. And scientists have linked regular disturbances and disorders of the system to depression, certain cancers, heart disease and diabetes. Pilots, flight attendants and shift workers, which make up more than 10 percent of the American workforce, are particularly susceptible.

The shortcuts the app offers are custom schedules of light and darkness depending on the itinerary. The schedules boil down to one block of time each day when you should seek the brightest light possible and another when you should put yourself in the dark, or at least in dim light. You don’t even have to be asleep.

If you must go outside, you can wear pink-tinted glasses to block blue wavelength light, the researchers say. And if the app prescribes “bright outdoor light” in the middle of the night, a therapeutic lightbox can do the job—yes, its shortcuts sometimes require odd hours. 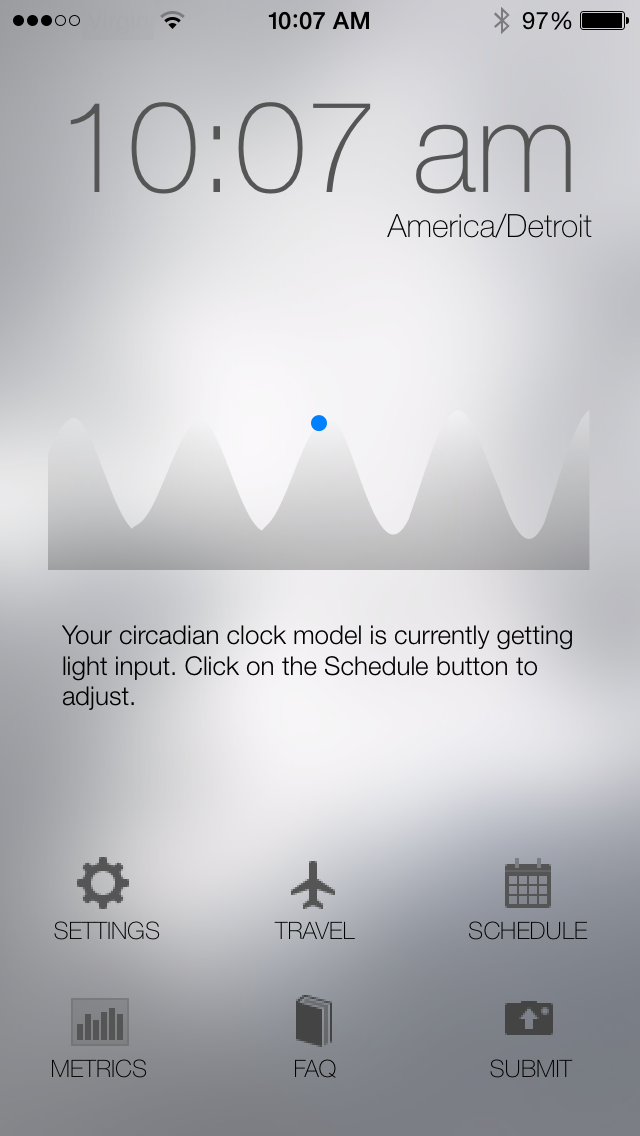 The study, published April 10 in Public Library of Science Computational Biology, relies on two leading mathematical models, or sets of equations, that have been shown to accurately describe human circadian rhythms. The researchers used these equations and a technique called optimal control theory to calculate ideal adjustment schedules for more than 1,000 possible trips.

The app gives users access to these schedules. Start by entering your typical hours of light and darkness in your current time zone, then choose the time zone you’re traveling to and when, as well as the brightest light you expect to spend the most time in during your trip (indoor or outdoor.) The app offers a specialized plan and predicts how long it will you take to adjust.

Say you’re traveling from Detroit to London, five hours ahead. Your flight leaves at 10 p.m. Eastern Time and arrives at 11:05 a.m. London time the next day. It’s a work trip and you’ll have to spend most of your time in indoor lighting. Under those circumstances, the app says it can adjust you in about three days. That’s less than the rule-of-thumb one day per hour outside the starting time zone.

The entrainment clock for any trip starts at the beginning of the first light cycle in the new time zone. So for the London trip, on the day after your arrival, you’d want to get light from 7:40 a.m until around 9 p.m., and not after. Rise earlier on the second day, at 6:20 a.m. Lights out at 7:40 p.m. You may feel like going for an evening walk, but being in the light at a time when the app prescribes darkness would lengthen the adjustment period, the researchers say.

To get over jet lag most efficiently:

On the third day, get up before sunrise, around 5 a.m. Stay in light until 7:20 p.m. Your body will be synched the following morning. If you veer from the schedule, you can tell the app and it will recalculate going forward.

To show how this new method is different, the researchers illustrate circadian rhythms as a clock with a point at the hour when your body temperature is lowest. This usually occurs about two hours before you wake up. If the point is usually at 5 a.m. and you travel overseas, it could abruptly swing over to, say, 3 p.m. in your destination. You’re likely to experience jet lag until your system adjusts and your body is once again at its lowest temperature just a few hours before your alarm goes off.

“The way other approaches get these points to line up again is by inching along on the outside of the circle, sometimes pushing you towards and sometimes pulling you away from the target. But our schedules can just cut through the middle,” said Olivia Walch, a mathematics doctoral student who built the app. “This is almost like a body hack to get yourself entrained faster.”