Lip smacking, a common primate facial gesture used in friendly interactions, involves rapid opening and closing of mouth parts in a speech-like fashion. However, geladas are unique because they simultaneously vocalize while lip smacking to produce a sound that has been called a “wobble.”

The gelada wobbles have a rhythm that closely matches the pacing of syllables spoken by humans, says Thore Bergman, U-M assistant professor in the departments of Psychology and Ecology and Evolutionary Biology. 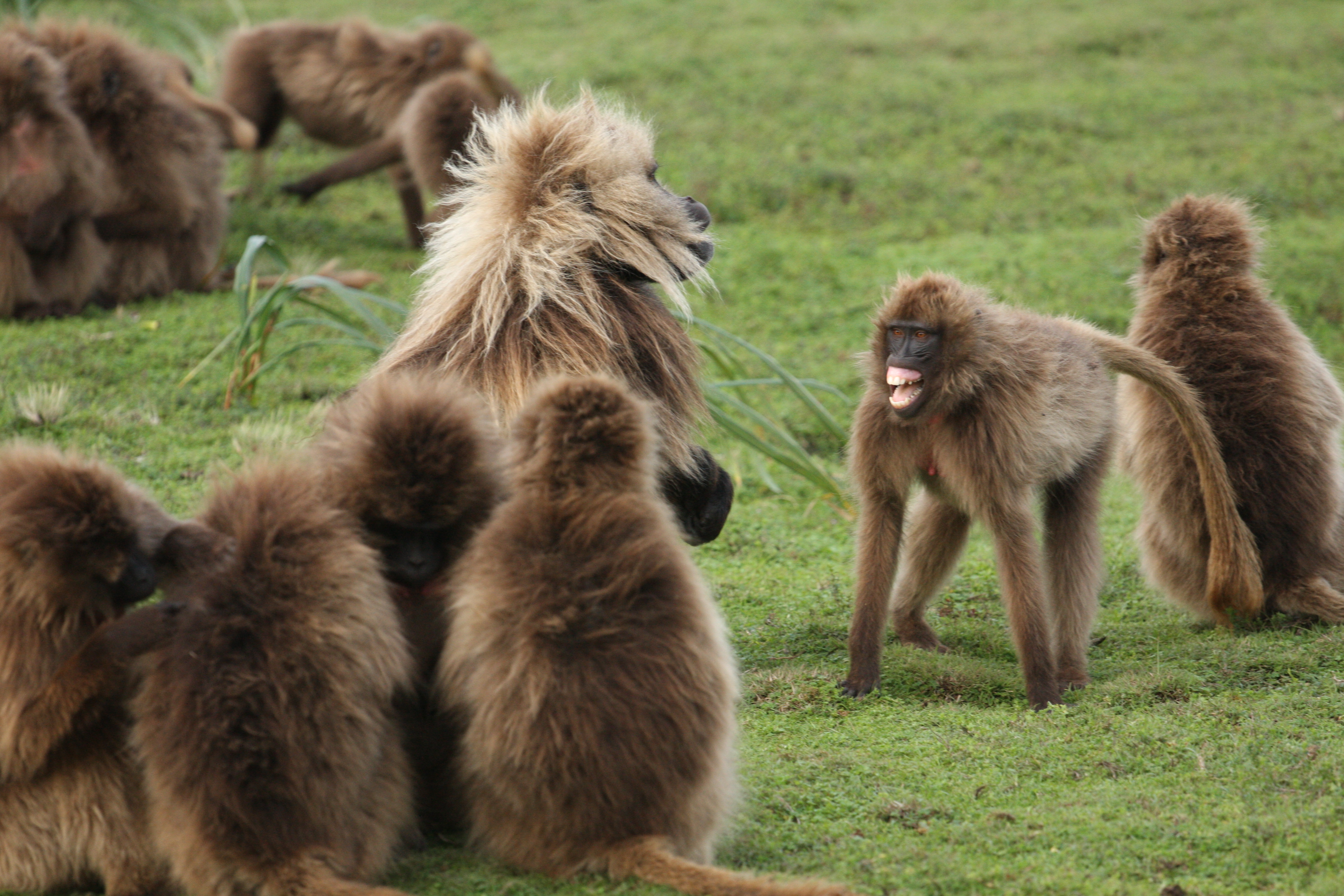 Gelada monkeys in conversation. Image courtesy: Clay WiltonResearchers tracked geladas in the Simien Mountains National Park in Ethiopia where they recorded the unusual sounds of this species. Bergman describes geladas as sociable creatures with a large vocal repertoire. The wobble is used primarily by males and always in a friendly context.

Bergman analyzed the recordings of geladas’ vocal sounds, tracking their duration and frequency. Using the digitized waveform of wobbles, he measured the peaks (loud parts) and valleys (quiet parts) that occurred several times a second. In speech, such peaks often correspond to the onset of syllables and the valleys correspond to quieter ‘gaps’ between syllables. The analysis shows a close match between the intervals in gelada sounds and speech—something that no other primate vocalization has been shown to do.

Vocal lip smacking might make sense as a precursor to language, Bergman says.

“Language is not just a great tool for exchanging information,” he said. “It has a social function (small talk) and many verbal exchanges appear to serve a function similar to lip smacking.”

“However, if you are with geladas, you sometimes get the impression that people are talking around you—something I hadn’t noticed in years of working with other monkeys,” he said.

Some other primates such as apes and monkeys produce complex sounds, but Bergman says they don’t have the speech-like rhythm that geladas have. As Bergman and other U-M researchers continue their work analyzing lip smacks, they want to learn if these sounds have a special function for the geladas.