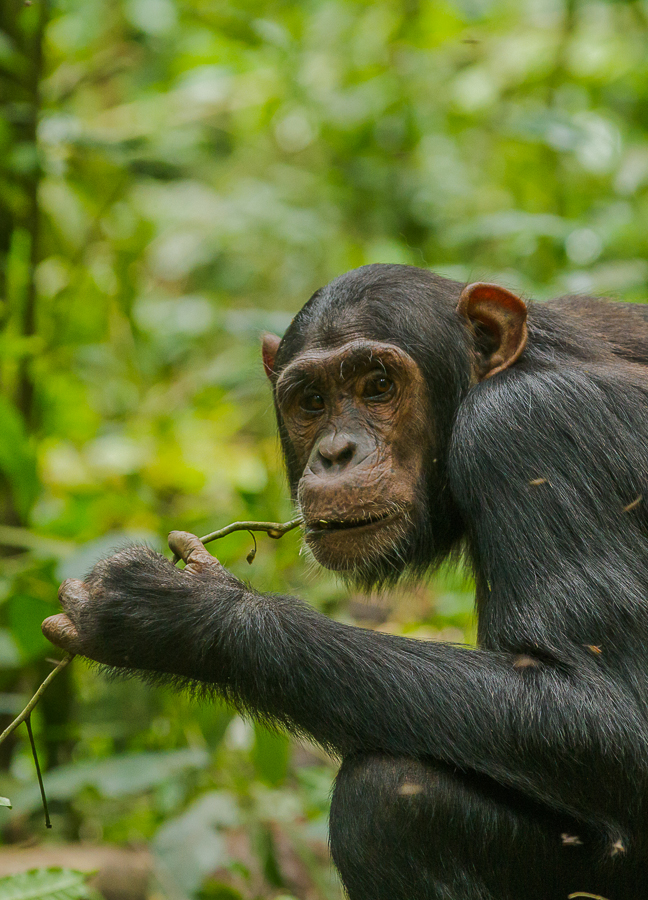 Chimpanzee in Kibale National Park, Uganda. Image credit: Andrew BernardANN ARBOR—Large national parks that are home to gorillas, chimpanzees and other great apes are focal points for much of the field research conducted in tropical Africa and Asia, resulting in crucial knowledge gaps and a biased view of broader conservation needs in those regions.

Those are key findings from a new study by University of Michigan anthropologist Andrew Marshall and several colleagues. They used Google Scholar to determine what effect the presence of great apes has on the amount and types of research done in protected areas in tropical Africa and Asia.

They found that 31 percent of the papers published about research in national parks and other protected areas focused on four groups of great apes: gorillas, chimpanzees, orangutans and bonobos. Seventy-one percent of the studies targeted mammals, a group that includes the great apes.

At the same time, a third of African protected areas have received no research attention whatsoever, Marshall said. The findings suggest that a disproportionate focus on the charismatic great apes and their home turf reduces attention to equally important—though less well known—animal and plant species.

“Our results highlight major gaps in the allocation of research effort,” said Marshall, associate professor of anthropology, and natural resources and environment.

“Our current understanding of tropical protected areas is limited and heavily biased toward a handful of sites that are probably not representative of protected areas more generally. This preoccupation with great apes may distract from broader conservation needs in the region.”

The team’s findings were published online Feb. 2 in the journal Frontiers in Ecology and the Environment.

Google Scholar is an online tool used to search for scholarly literature. Marshall and three colleagues used it to determine the number of published studies done in all 565 of the protected areas in the 23 African and Asian countries that contain gorillas, chimpanzees, orangutans or bonobos.

They used the number of Google Scholar returned citations, which they call “hits,” as a proxy for research effort in each protected area.

For a random sample of 20 percent of those protected areas, they also searched for keywords in study titles—including the words “primates,” “mammals,” “birds” and “plants,” as well as the common or scientific name of any organism within those groups—to determine the “taxonomic focus” of each project. 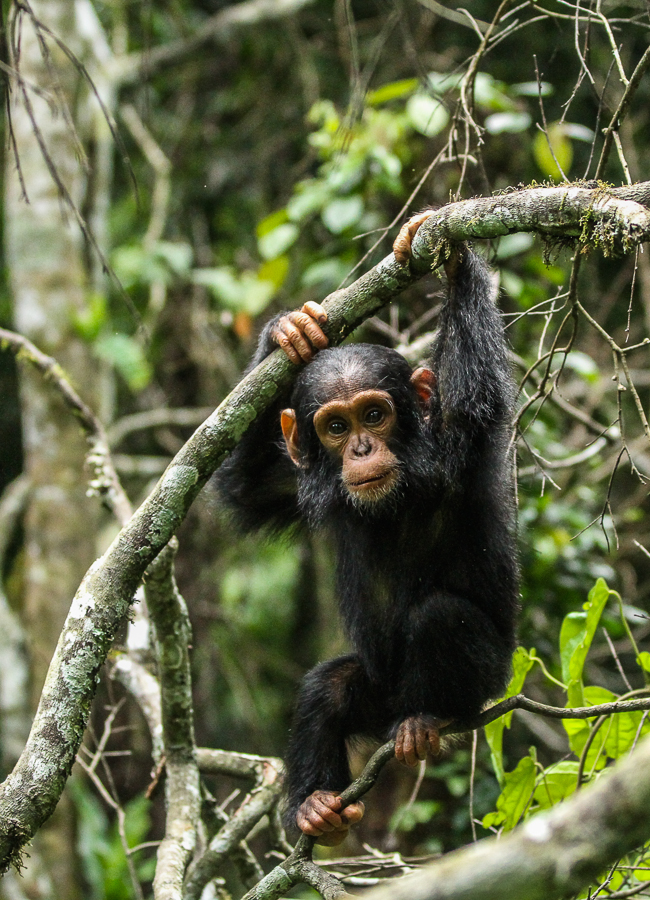 Chimpanzee in Kibale National Park, Uganda. Image credit: Andrew BernardThey hypothesized that larger and older protected areas, as well as those officially designated as national parks, would be home to more research studies. The authors also suspected that the presence of great apes would increase research interest “because they are iconic and threatened, and because their distribution is relatively well known.”

Great apes also scored highest in keyword searches for the names of various plants and animals, scoring an unexpectedly high 30.7 percent of all the taxon-related hits, according to the authors. About 71 percent of the hits were related to mammals, as compared with 5.9 percent for birds, 11.3 percent for plants, and 11.7 percent for other groups.

The researchers caution that the number of protected sites with gorillas (four) and bonobos (two) is small, so the observed effects of those groups should be interpreted with caution.

As expected, national parks showed consistently higher numbers of hits than did other types of protected areas. The size of the protected area was also positively correlated with the number of research studies, while the age of the park showed only a small positive effect.

The heavy emphasis on national parks with great apes leads to a skewed focus on areas that contain higher-quality habitats, that have experienced less degradation, and that are better funded and managed than other types of protected areas and unprotected areas, Marshall said.

“This leads to unrealistically optimistic assessments of the status of threatened taxa and results in crucial gaps in our knowledge of how these species function in nonprotected or suboptimal habitats,” he said.

Marshall’s co-authors are Erik Meijaard of Borneo Futures in Indonesia; Eric Van Cleave of the University of California, Davis; and Douglas Sheil of the Norwegian University of Life Sciences.