Chemists settle longstanding debate on how methane is made biologically 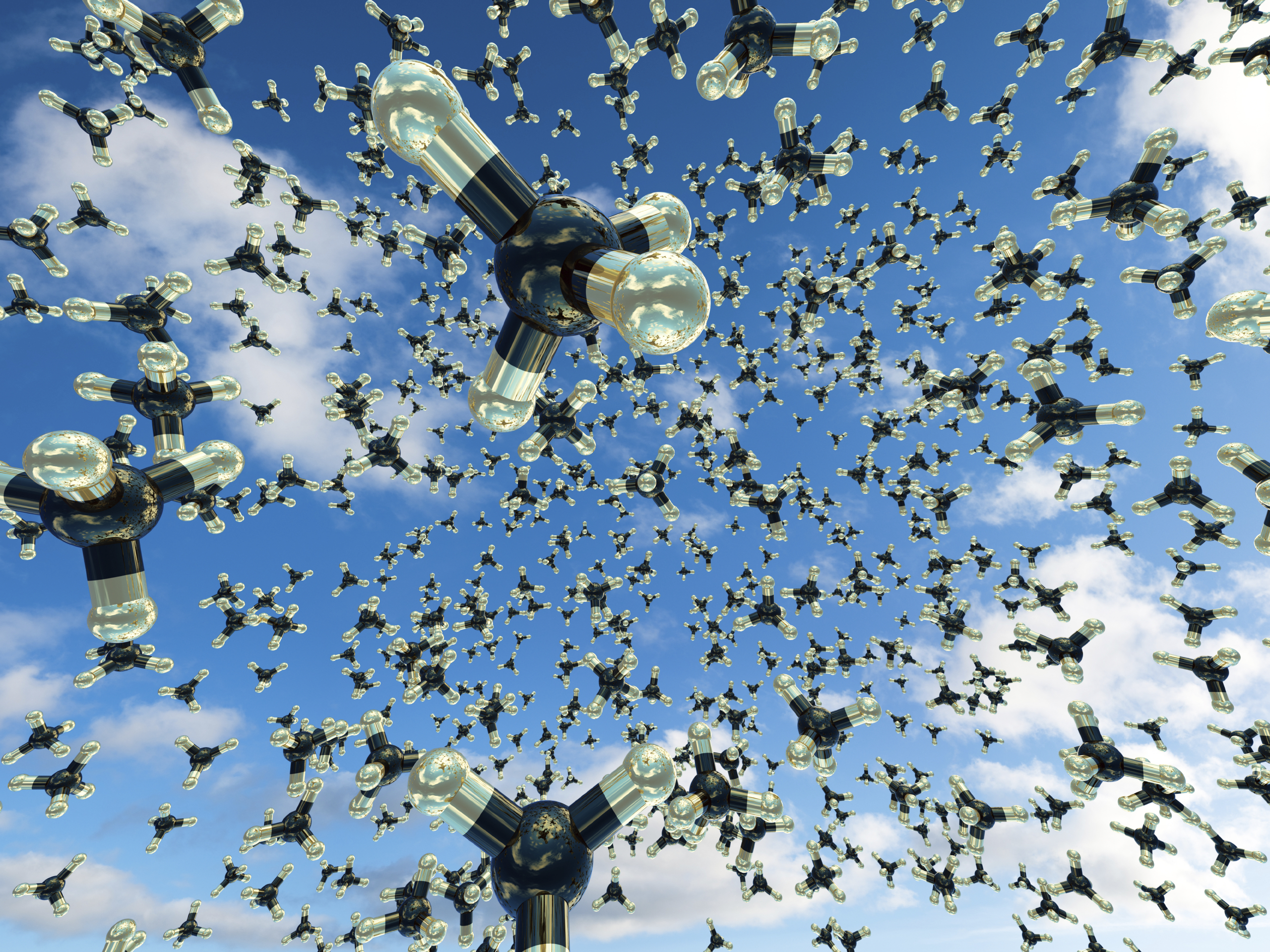 ANN ARBOR—Like the poet, microbes that make methane are taking chemists on a road less traveled: Of two competing ideas for how microbes make the main component of natural gas, the winning chemical reaction involves a molecule less favored by previous research, something called a methyl radical.

Reported today in the journal Science, the work is important for both producing methane as a fuel source and tempering its role as a powerful greenhouse gas. Understanding how microbes generate methane might help scientists find ways to control pollution or make fuels.

“Methane is a greenhouse gas and, at the same time, one of the major sources of energy used worldwide,” said study lead author Stephen Ragsdale, University of Michigan professor of biological chemistry. “Detailed knowledge of the microbial mechanism may lead to major breakthroughs for designing efficient catalytic processes for converting methane into other chemicals.”

Although other types of radicals are common—think hydrogen peroxide and ozone—this study demonstrates one of a very few known instances of nature using a highly reactive methyl radical, different because it contains carbon, in its biological machinations.

“We were totally surprised,” said computational chemist Simone Raugei, a co-author at the Department of Energy’s Pacific Northwest National Laboratory. “We thought we’d find evidence for other mechanisms.”

Ragsdale and his research team have been pursuing the answer to the methane question for 25 years.

Origins story
More than 90 percent of methane is (and has been) generated by microbes known as methanogens, which are related to bacteria. To make the gas, methanogens use a particular protein known as an enzyme. Enzymes aid chemical reactions in the biological realm like synthetic catalysts do in industrial chemical conversions. Also, the enzyme can run the reaction in reverse to break down methane for energy consumption.

Scientists know a lot about this microbial enzyme. It creates the burnable gas by slapping a hydrogen atom onto a molecule called a methyl group. A methyl group contains three hydrogens bound to a carbon atom, just one hydrogen shy of full-grown methane.

To generate methane, the enzyme pulls the methyl group from a helper molecule called methyl-coenzyme M. Coenzyme M’s job is to nestle the methyl group into the right spot on the enzyme. What makes the spot just right is a perfectly positioned nickel atom, which is largely responsible for transferring the last hydrogen.

How the nickel atom does this, however, has been debated for decades in the highly complex world of chemical reactions. Different possible paths create different fleeting, ephemeral intermediate molecules, but the reaction happens too fast for scientists to distinguish between them.

The path chemists have most sided with involves the nickel atom on the enzyme directly attacking the methyl group and stealing it from coenzyme M. The methyl-nickel molecule exists temporarily, until the methyl in its turn steals a hydrogen atom from another molecule in the enzyme’s workspace, coenzyme B, and becomes methane.

Many experiments lend support for this idea, which creates an intermediate methyl-nickel molecule.

A second possibility, according to a much smaller group of supporters, is via a methyl radical. Radicals (free radicals) are unstable molecules that have an unpaired electron. Commonly found in hydrogen peroxide and ozone, they can do a lot of damage by breaking down weaker bonds in molecules.

It’s that unpaired electron that causes problems. Bonds between atoms routinely involve two electrons, like a pair of ballroom dancers. The unpaired electron will do everything in its power to find a second, just as a single dancer in search of a partner will cut into another couple.

In this path to methane, the nickel atom bonds to a sulfur atom in coenzyme M rather than the methyl group. This knocks the methyl away and sends it off sans an electron. Hungry and irritated, the methyl radical immediately snags a hydrogen atom from coenzyme B, generating methane.

Process of elimination
To find out which mechanism was correct, the U-M/PNNL band of researchers came up with a way to rule out one or the other. The first thing they had to do was slow down the reaction. They slowed it down a thousand times by hobbling the second half of the path to methane, after the intermediate came alive. Doing so let the intermediate build up.

Then, they performed a biochemical analysis called electron paramagnetic resonance spectroscopy at Michigan that allowed them to distinguish between the two intermediate molecules. If the reaction created the methyl-nickel molecule, methyl-nickel would show up as a blip on their instruments. If the reaction created a methyl radical that sauntered off, the molecule remaining with the protein—nickel bound to coenzyme M—would not register at all.

The team found no blip in the EPR profile of the post-reaction products, making the most likely intermediate the methyl radical. But, to be sure, the team performed additional biochemical analyses that ruled out other potential molecules. They also performed another biochemical test and showed that the structure of the major intermediate was the nickel stuck to coenzyme M, the expected result if the reactions took the methyl radical path.

“The impact of radicals on living matter, such as biological material, can be devastating, and involvement of a methyl radical, one of the most unstable radicals, is truly surprising,” Raugei said. “For this to happen and make methane 100 percent of the time, the protein has to perform and control this reaction with an extremely high degree of precision, placing that methyl radical specifically beside only one atom—the hydrogen atom bound to the sulfur of coenzyme B.”

Energy block
To further substantiate their results, the team modeled the reaction computationally. They zoomed in on the action within the enzyme, known as methyl-coenzyme M reductase.

“We found that the methyl radical required the least amount of energy to produce, making that mechanism the frontrunner yet again,” said Bojana Ginovska, a computational scientist part of the PNNL team.

In fact, one of the other intermediates required three times as much energy to make, compared to the methyl radical, clearly putting it out of the running.

Modeling the reaction computationally also allowed the team to look inside the reductase. Experiments showed that the reaction happens faster at higher temperatures and why: Parts of the protein that helped move the reaction along would move the nickel closer to the methyl-coenzyme M. Shorter distances allowed things to happen faster.

The results might help researchers, including Ragsdale and Raugei, learn to control methane synthesis—either in the lab or in bacteria that make it in places like the Arctic—and how to break it down.

“Nature has designed a protein scaffold that works very precisely, efficiently and rapidly, taking a simple methyl group and a seemingly innocent hydrogen atom and turning it into methane as well as running that reaction in both directions,” Ragsdale said. “Now how can chemists design a scaffold to achieve similar results?”

Raugei said that it would be a major breakthrough if they were able to devise a biomimetic strategy to activate methane, which means to turn it into more useful fuels.

“If nature figured out how to do it in mild conditions, then perhaps we can devise an inexpensive way to design catalysts to convert methane into liquid fuels like we use in our vehicles and jets,” he said.

This work was supported by the Department of Energy Offices of Science (BES) and ARPA-E (TT).