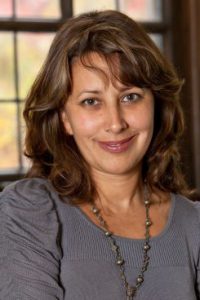 For the past seven years, University of Michigan professor Maria Cotera has been documenting the work of Chicana and Latina artists, writers and organizers who were active in civil rights movements in the 1960s and ’70s in her digital humanities project Chicana por mi Raza Digital Memory Collective.

It was during this work that she met U-M alumna Nancy De Los Santos, an accomplished filmmaker and proud “Chicana from Chicago” who has dedicated her life and career to rewriting and redefining the image of Latina/os in the mainstream media. She co-produced “The Bronze Screen: 100 Years of the Latin Image in Hollywood Cinema” and was an associate producer on the feature film “Selena.”

Photos taken by De Los Santos are now part of the “Chicana Fotos,” an exhibition curated by Cotera that shows De Los Santos as a woman armed with a camera, capturing historic events in the struggles for social justice of the 1970s. 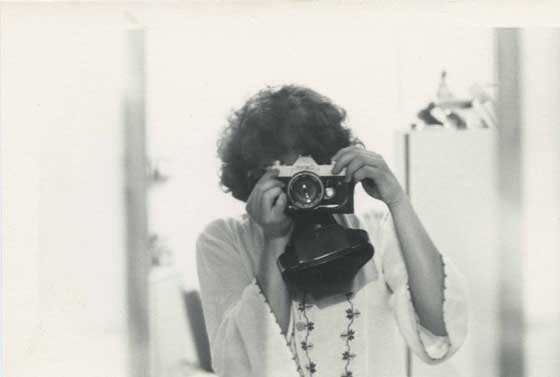 Q: What was it like when you first saw the photos?

Cotera: As we surveyed the images Nancy had amassed over the highpoint of her work as a young photographer, a new world cracked open: In hundreds of stirring and aesthetically sophisticated photographs and slides taken over the course of the 1970s, De Los Santos documented the Chicano and Puerto Rican movements in Chicago, marches in Texas for farmworker rights and against police brutality, and the first ever International Women’s Conference in Mexico City (1975).

The images Nancy De Los Santos captured during this immensely productive period not only document important historical events and figures of the Movement Era, they frame these events and figures as well as everyday life in Latina/o Chicago through a striking visual language clearly informed by her growing consciousness as a Chicana and a feminist.

Q: How is this different from other photos we might have seen of this era?

Cotera: While movement photography by men is currently being preserved in major repositories (like the Chicana/o Studies Research Center archives at UCLA) and written about extensively, it is extremely rare to find such an extensive body of photographic work by a Chicana, especially work that has such an explicitly feminist lens.

Our discovery of De Los Santos’ photography is, in other words, historic, and of great scholarly import because it reframes the Chicano movement’s visual iconography away from “male leaders” and, no less significantly, away from the Southwest, which has dominated both the historiography and the visual memory of the Chicano Movement. The fact that her photos are primarily of movement events in Chicago is very unusual.

Her comprehensive visual documentation of the United Farm Workers organizing activities in Chicago offers a priceless and quite rare picture into an understudied chapter in movement history. Indeed, even the Reuther Library, which holds the nation’s most significant collection of UFW materials does not have an extensive photographic record of UFW activities in the Midwest.

Q: How can we view this exhibition through the lens of current events?

Cotera: Given the temper of our times, and the great crisis that we face as a nation divided, these images of struggle from an historical moment that was as divided as the present one (if not more so), allow us to look to the past for a deeper understanding of how social struggle can bring people together for a just cause (in this case the plight of farmworkers). Moreover, Nancy’s photos demonstrate the heterogeneity of that struggle. They capture women and men, young and old, black, brown and white, working together to make a better world. The photos take us back, in other words, to move us forward.