University of Michigan experts are available to talk about the new threats to raise tariffs on Chinese goods. 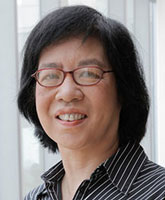 Linda Lim, professor emeritus of strategy and international business, focuses her research on the political economy of multinational and local business in Southeast Asia.

“In the past few months, both the U.S. and Chinese domestic economies have strengthened, which could have the paradoxical effect of making each side less willing to make further concessions, since they appear to have weathered the trade war so far,” she said.

“During this time, the U.S. has continued to antagonize other trade partners, most notably Europe. China, on the other hand, has worked hard on reassuring international trade partners that it is the champion of globalization and pulling back on nationalist rhetoric and winning (rather than losing) international support for its international investment ventures like the Belt-and-Road Initiative.

“As the U.S.-China trade negotiations go down to the wire, it is likely that immediate domestic and international political considerations will dominate over longer-term economic considerations and sectoral business interests in whatever is—or is not—concluded between the two trading powers.” 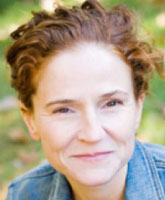 Mary Gallagher, professor of political science and director of the Lieberthal-Rogel Center for Chinese Studies, is an expert on Chinese politics, law and society.

“It’s likely that the threat of new tariffs on China is a last minute bargaining strategy by President Trump,” she said. “It’s possible that it could backfire, leading to no agreement and a long delay.

“If a trade deal is still reached despite the threat, it’s likely to be a fleeting victory for U.S.-China Relations. Since the trade war began, relations between the two countries have worsened considerably. Trump administration officials have launched attacks on Chinese foreign policy from the Arctic Circle to Africa.

“The FBI has advocated for a ‘whole-of-society’ approach in dealing with Chinese infiltration and espionage in the United States. China’s attempt to build soft power via the Confucius Institutes has been thwarted by members of Congress from both sides of the aisle. Major issues involving Huawei, cybersecurity and the detention camps in northwestern China holding perhaps more than one million Muslim Chinese citizens are all still unresolved.” 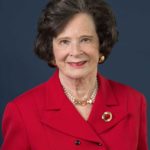 “The most common reaction to President Trump’s threat to escalate massively U.S. tariffs on Chinese goods is that he is using it to make China increase the concessions it is willing to make in ongoing negotiations,” she said. “A major focus is on getting China to make structural changes, particularly reductions in subsidies, that would reduce its potential as an economic competitor.

“But the risk is that the threat will, in fact, get China’s back up and lead it to terminate the trade war negotiations, which Trump still claims are near to being successfully wound up. Domestically, any such escalation would multiply the negative effects of the tariffs already imposed: reducing rather than creating U.S. manufacturing jobs and raising prices  to American consumers. And it would extend the uncertainty that inhibits investment and expansion by U.S. businesses.” 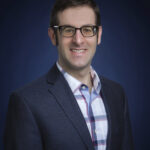 Kyle Handley, assistant professor of business economics and public policy, is an expert on how trade policy, geography and uncertainty affect firms. 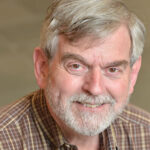 Alan Deardorff, professor of public policy and economics, is an expert on international trade. He developed the Michigan Model of World Production and Trade, which is used to estimate the effects of trade agreements.

“These added tariffs on imports will hurt China, but they will hurt the U.S. more,” he said. “Together with the promised retaliation by China on U.S. exports, the pain will be shared by most producers and all consumers in the U.S. If the intent is to extract concessions from China, there may be a small chance that it will work, but the harm done by the tariffs will far outweigh any benefits from those concessions.”