College ready: Wolverine Pathways paved way to higher ed for kids unsure how to get there

Graduates now headed to universities around the state and country

A U-M PROGRAM
IS REACHING OUT
AND PREPARING THEM

TO SUCCEED AND THRIVE

ESMERALDA
WOLVERINE PATHWAYS PARTICIPANT
Our college counselor came up to us and told us about this program and I heard “free scholarship to U-M!” I was like, that sounds pretty great.

You have to grab any opportunities, and we found this one interesting because it was a means to achieve the dream that is now becoming a reality.

JACHIN
WOLVERINE PATHWAYS PARTICIPANT
I saw it as a good chance to start something new, send me on a good path.

FOR 6TH THROUGH 12TH
GRADE STUDENTS IN DETROIT,
SOUTHFIELD AND YPSILANTI

CARLA O’CONNOR
DIRECTOR
WOLVERINE PATHWAYS PROGRAM
What families in those communities don’t always know is that just graduating high school is not sufficient enough to end up at one of these campuses.

AFTER SCHOOL,
ON SATURDAYS AND
DURING THE SUMMER

O’CONNOR
We’re mostly providing them with academic enrichment in the area of mathematics, plus English-language arts instruction, and we also engage them in science instruction.

In both the summer of 11th grade and 12th grade
we provide SAT preparation.

ESMERALDA
Something I really enjoyed: that some of the staff we had, like math classes, were by math professors of U-M. So it was pretty impressive to get to meet these super-smart people.

MICHAEL KHOURY
PRESIDENT, DETROIT CRISTO REY HIGH SCHOOL
My sense is the University of Michigan has a commitment to the students that we serve here who are working really hard to be successful.

HERMOSILLO
I appreciate that these kinds of programs exist and help us, being a community with scarce resources.

JACHIN
By our senior year we had a lot of graduating seniors going on to University of Michigan with great opportunities. So, it turned out really well for me and everybody else.

BYRON AMMONS, JACHIN’S FATHER
It was just amazing just to see how much he has grown. It was just a proud, proud moment.

60 CURRENTLY
ARE ENROLLED
AT U-M

O’CONNOR
I had the benefit of a Saturday program that was critical not only for me going to college but in the college I ended up going to. And it warms my heart to know
that I can help another generation of young people.

THERESA MITCHELL
JACHIN’S MOTHER
And I can say since he’s been in this program, he’s been a mentor to his brothers.

OTHERS ARE ATTENDING
TOP SCHOOLS
ACROSS THE COUNTRY

ESMERALDA
Getting my acceptance letter to U-M and Georgetown, I cried when I got it. But I was just so happy.

ANN ARBOR—The middle and high school students who are part of the University of Michigan’s Wolverine Pathways program have the smarts to get to college. They have the desire. They see themselves as college students.

But seeing the path to get there and stay there isn’t always clear. Wolverine Pathways formed just over three years ago with the goal of showing them the way. 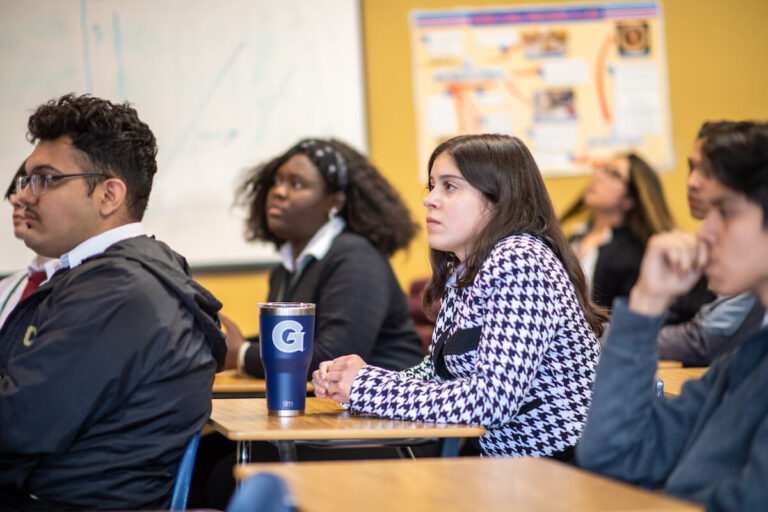 The program is open to students in grades 7-12 in school districts in Southfield, Ypsilanti and Detroit. Participants are identified as having the potential to excel academically in college. Then the program helps nurture their scholastic growth through mentorship, workshops and enrichment programs.

It’s all offered at no cost to students and their families, who are expected to commit to Saturday classes and workshops and weekly summer programming and other events meant to shore up students’ knowledge and help them prepare for college entrance exams and other higher ed prerequisites.

Wolverine Pathways also provides families with information and guidance to help their scholars further maximize the college-readiness and competitiveness efforts already offered by their schools and communities.

Since launching a little more than three years ago, Wolverine Pathways is beginning to yield tangible results. Program graduates have garnered acceptance letters to U-M, Michigan State University, the University of Notre Dame, Ohio State University, Morehouse College and others.

To date, 176 students have graduated from the Wolverines Pathways program and gone on to institutions around the state and the country. More than half of these students have enrolled at U-M, including UM-Dearborn, while others have gone on to other universities.

More than 900 students have participated in weekly supplemental math, English and science classes as well as Saturday enrichment courses focusing on ACT and SAT preparation and financial literacy since Wolverine Pathways began.

As an incentive, students who successfully complete the program, apply to U-M, and are admitted, receive a full, four-year tuition scholarship. 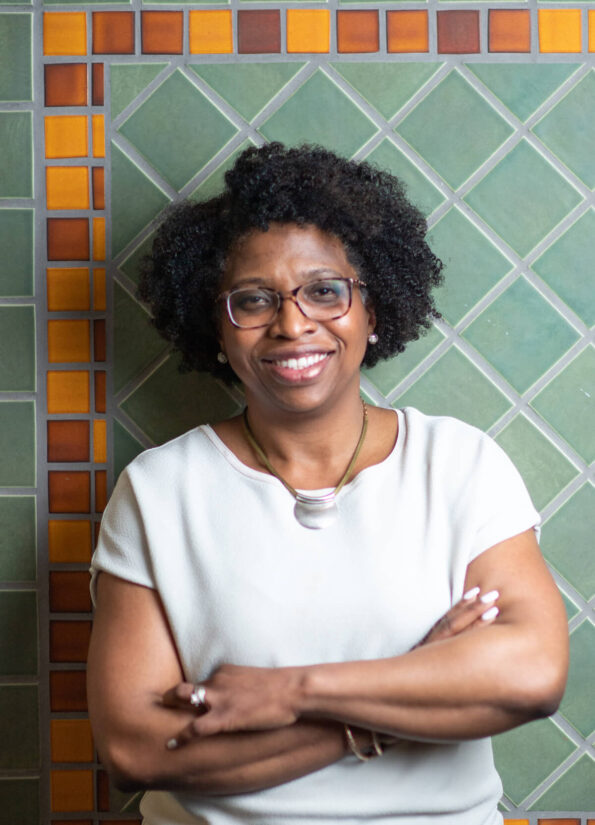 “Our goal is to make our students so competitive that they have multiple options,” said Carla O’Connor, director of Wolverine Pathways. “Our scholars already imagine that college is possible, but there are very different colleges within our nation and some are easier to get into than others.”

Michael Khoury, president of Detroit Cristo Rey High School, said, “My sense is the University of Michigan has a commitment to the city of Detroit and to the students we serve here at Detroit Cristo Rey…I think it was a really good match when they found that we had a lot of students who are working really hard to go to college and be successful.”

With a re-energized focus on diversity, equity and inclusion, U-M has worked to find ways, consistent with state law, to bring further diversity to its own student body. The Wolverine Pathways program helps U-M pursue that goal.

“The University of Michigan admits wonderful students throughout the nation, but there are students within 20 minutes, 30 minutes, 40 minutes of us who never imagined themselves on this campus,” O’Connor said. “Our goal is to make our near neighbors imagine that this is a place where they can attend and thrive.” 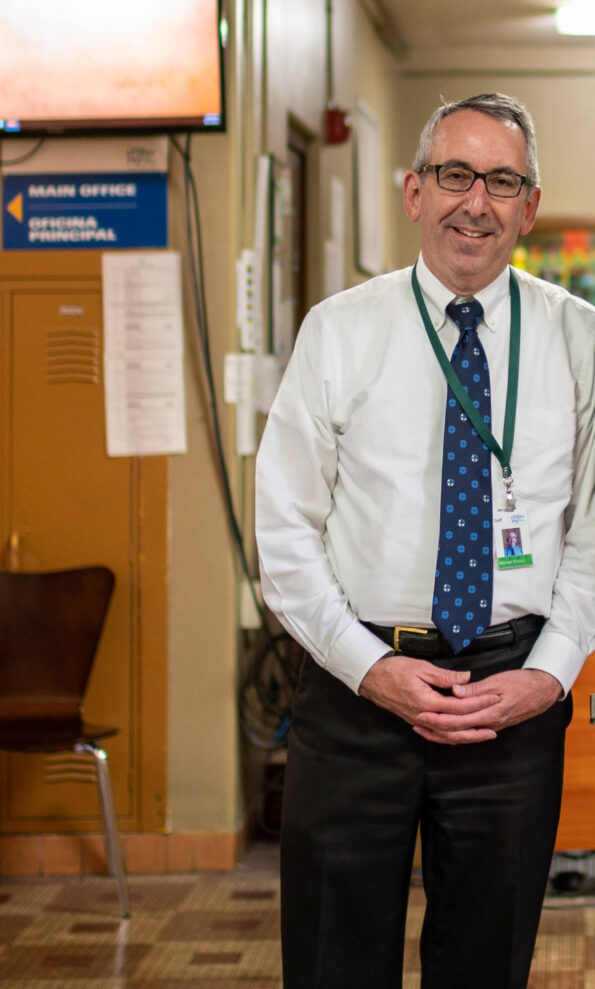 She said she felt fortunate to be taught by and have access to U-M professors and others she worked with on campus.

“We had math classes that were taught by a math professor from U-M,” Hermosillo said. “They would teach us all these little math games … it wasn’t conventional or what we learned in school. It was something different.”

Hermosillo and 87 other students—representing 22 different Michigan high schools—were a part of the most recent group of students to complete the Wolverine Pathways program.

Jachin Ammons, a 2019 graduate of Southfield Arts & Technology High School, was also part of that group. He said the activities helped him expand his network. And his parents saw a change in him, his confidence and his positive approach to life, even in being a big brother to look up to.

“It introduced me to a lot of new people, friends…mentors,” said Ammons, who will attend U-M in Ann Arbor in the fall. “The undergraduates…they taught me some things you couldn’t learn in a high school classroom.” 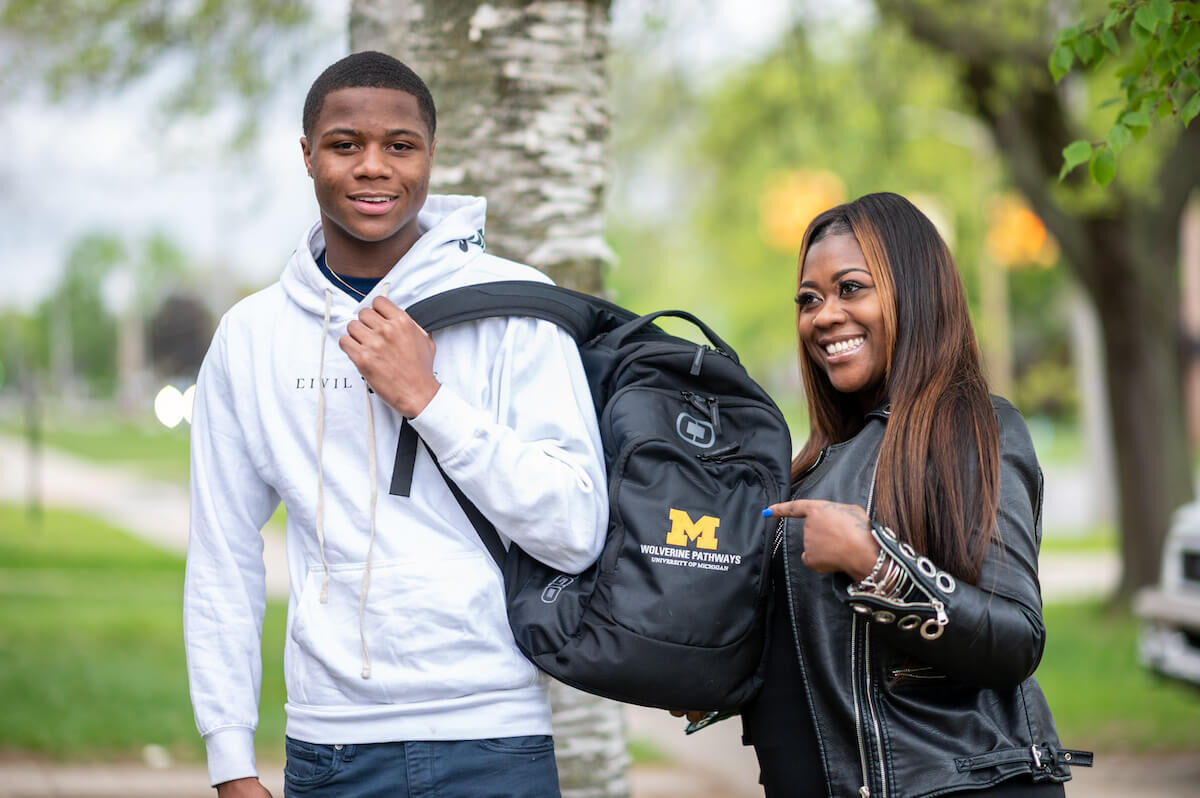 “Since he’s been in this program, Jachin’s been a mentor to his brothers,” says his mom. Image credit: Eric Bronson, Michigan Photography

Despite his doubts and nervousness about whether or not he’d be accepted to U-M and receive a full-tuition scholarship, his mother Theresa Michell was confident.

“All I kept saying was, you got this,” she said.

Ammons announced via Twitter his acceptance with a screenshot of the letter, that he was joining U-M’s class of 2023. It was the victory earned after working hard to meet the demands of being a Wolverine Pathways scholar.

The program requires that students and their families commit to a rigorous schedule and attendance policy.

He often had to juggle participating in the program with his commitment to athletics. He played varsity football at Southfield A&T and was on the track and field team.

Maria Elena Hermosillo, Esmeralda’s mother, did not view the time commitment as a burden, only a requirement to ensure her daughter’s success. 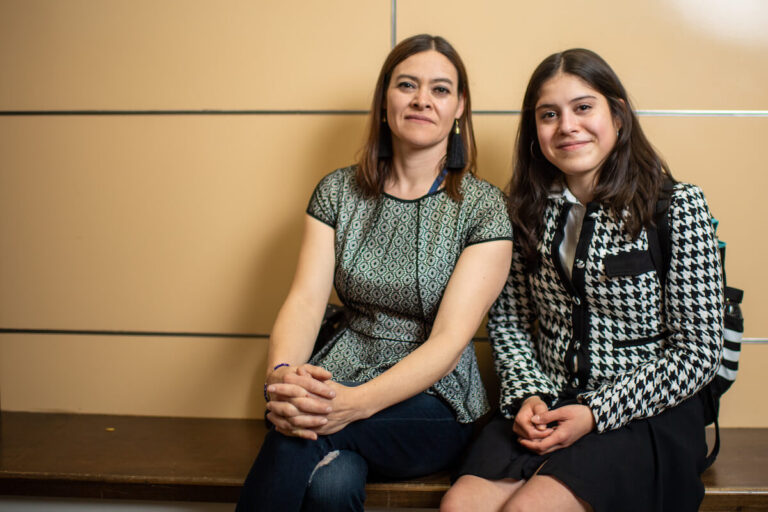 “What sacrifice?” she said. “There’s no sacrifice. It’s for them.”

Her daughter remembered her own acceptance letter.

“I cried when I got in,” she said. “I’m not a sentimental person, but I was just so happy and I couldn’t believe it; like where we came from and where we are now.”