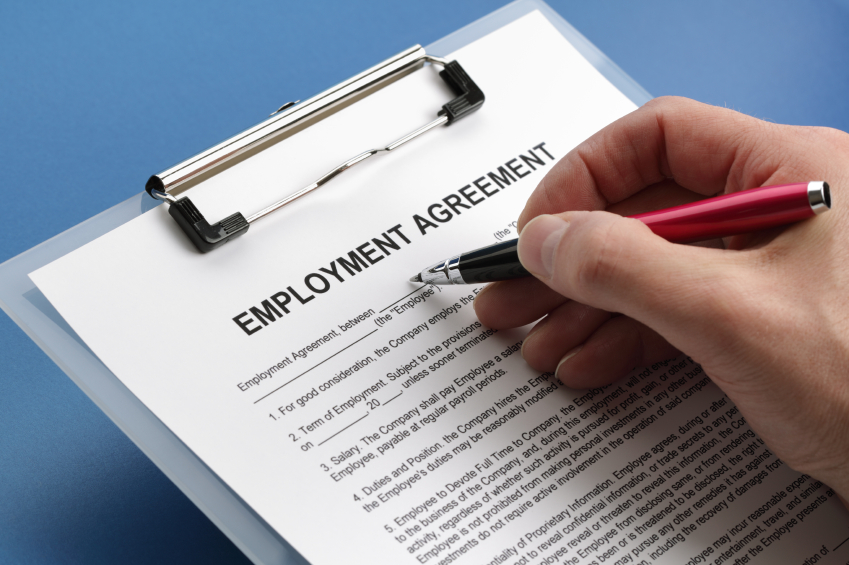 ANN ARBOR—The use of noncompete agreements in employment contracts from the chief executive to the middle manager is on the rise, but is that good or bad for competition and innovation?

That depends on who’s signing them and why, according to research by Norman Bishara, associate professor of business law.

“We’re seeing companies piling on these restrictions in CEO agreements because they have valuable information to protect, and writing them into contracts usually doesn’t cost anything,” Bishara said.

His research looks at trends in CEO contracts as several states consider changes to laws covering the contract restrictions. A second study surveys average Americans on their employment agreements.

He and co-authors Randall Thomas of Vanderbilt Law School and Kenneth Martin of New Mexico State University looked at employment contracts of 500 publicly traded companies. It turns out nearly 80 percent of them contained noncompete agreements, often with a broad geographic range, that last one to two years.

CEOs fully know what they’re getting into and will give up some future freedom of movement for stability and support, as well as compensation. Norman Bishara

The covenants have become more restrictive for CEOs over time with more rights to the company. Companies are willing to make an investment in a CEO, but will demand mobility restrictions in return.

Bishara says the facts undermine the narrative that CEOs run roughshod over boards of directors. The research suggests a fair amount of give and take between a board and a newly hired executive.

“Saying that all noncompete agreements are bad for innovation ignores the realities,” he said. “Companies risk giving a CEO a big salary and complete knowledge and control over all of their operations. They want something in return and that fits economic theory about the parties’ ability to bargain.”

The study, set for publication in the Vanderbilt Law Review, is one of the first to uncover the trends in executive employment contracts.

Separately, preliminary results from a survey Bishara’s conducting, along with J.J. Prescott of the U-M Law School and Evan Starr of the University of Illinois, indicates that average employees aren’t as savvy when it comes to noncompete agreements.

While about 31 percent of those surveyed so far have signed one at some point, nearly 90 percent didn’t negotiate, and about 48 percent of those people assume the noncompete clause in their contract was not negotiable at all.

These findings raise policy concerns for states and companies. For instance, a recent push for reform in Massachusetts has stalled. California has long banned noncompete agreements outright, but many employees there who may not know the state’s policy still end up signing one, even though it would be unenforceable.

“CEOs fully know what they’re getting into and will give up some future freedom of movement for stability and support, as well as compensation,” Bishara said. “It’s when you get below the CEO or high executive level that you start to worry about them because they can be abused. And that can have a chilling effect on employee mobility and related positive benefits such as greater innovation.”

Employers can use noncompete clauses as a weapon instead of as a way to protect legitimate business interests. Some states are starting to recognize this problem and may limit the agreements, for instance, to high-level executives instead of just banning them outright.

“Some level of enforcement is important, but we don’t want the law in this area to be a blunt instrument. It should be a scalpel,” Bishara said.