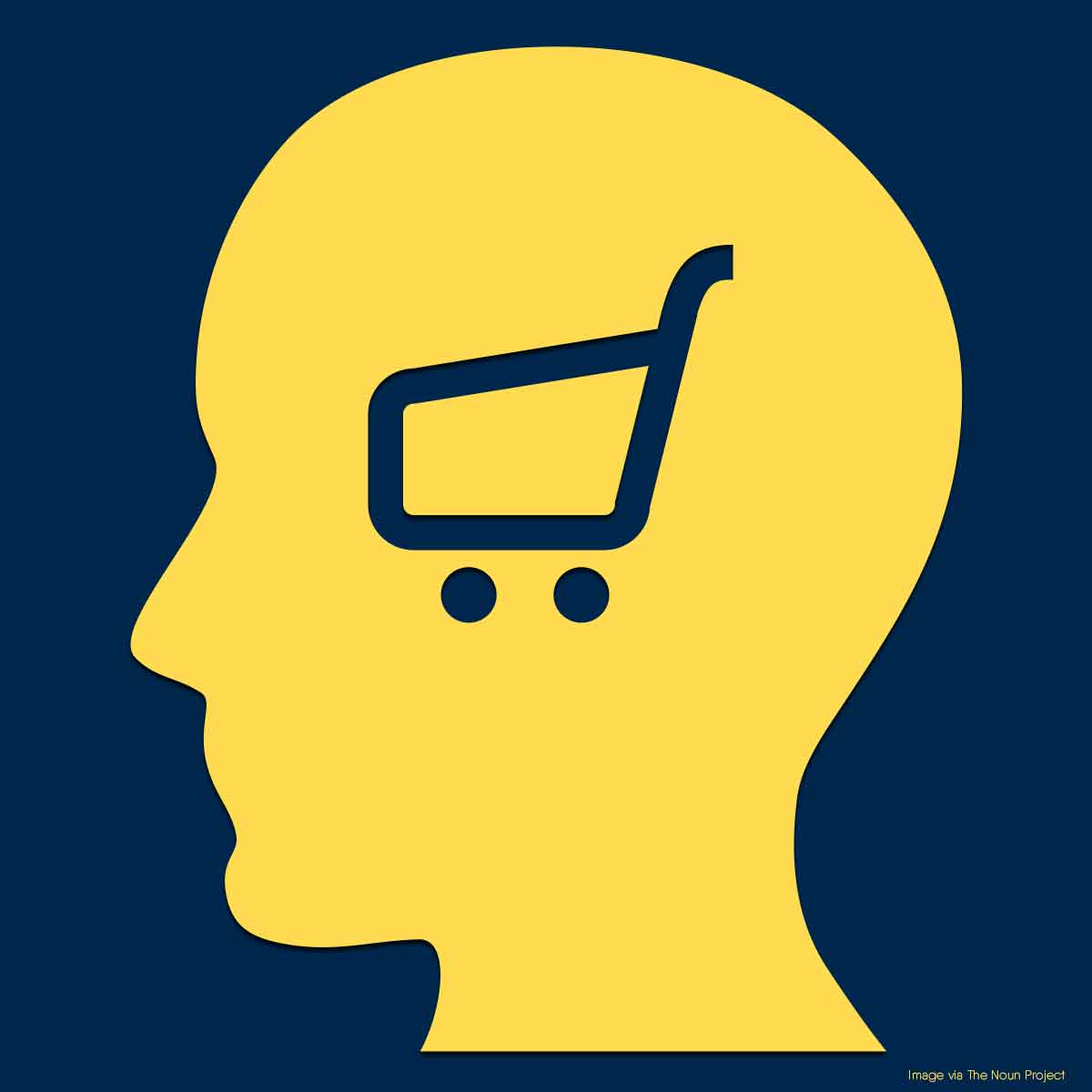 Illustration of a head with a cart inside it. Image credit: Icon via The Noun Project

ANN ARBOR—Consumers expressed a higher level of confidence in January than at any other time in the last dozen years.

The post-election surge in confidence was driven by a more optimistic outlook for the economy and job growth during the year ahead as well as more favorable economic prospects over the next five years, according to the University of Michigan Surveys of Consumers.

Consumers also reported much more positive assessments of their current financial situation due to gains in both incomes and household wealth, and anticipated the most positive outlook for their personal finances in more than a decade, according to U-M economist Richard Curtin, who directs the surveys.

Consumers, he said, have become more convinced that the stronger economy will finally prompt the Fed to increase interest rates at a quicker pace, which caused one-in-five consumers to favor borrowing in advance of anticipated increases in mortgage rates, the highest level in more than 20 years.

Conducted by the U-M Institute for Social Research since 1946, the surveys monitor consumer attitudes and expectations. The data are available non-exclusively via Bloomberg.

“The post-election surge in consumer confidence was based on political promises, and not, as yet, on economic outcomes,” Curtin said. “Moreover, over the past half century the surveys have never recorded as dominant an impact of partisanship on economic expectations.

“When the same consumers were re-interviewed from six months ago, the survey recorded extreme swings based on political party, with Democrats becoming much more pessimistic and Republicans much more optimistic. Such divergences will ultimately converge since consumers form economic expectations to be useful decision guides, which will require both to temper their extreme views.”

Favorable outlook for personal finances
Rising incomes as well as home and stock values meant that consumers held quite favorable views of their finances. When asked about their financial prospects for the year ahead, the highest proportion in a decade anticipated improved finances. The size of anticipated income gains was the largest since 2008. In addition to gains in stock values, the majority of homeowners anticipated the largest annual gains in home values since 2007.

Outlook for economy and jobs improves
An improving economy in the year ahead was anticipated by 44 percent of all consumers, the highest figure since 2004. A favorable long-term economic outlook was reported by 51 percent, tied with the recent cyclical peak; the last time a higher figure was recorded was in 2004.

Perhaps the most remarkable result was that 33 percent of all consumers expected unemployment to fall below its already low level, the most optimistic view recorded since 1984, Curtin said.

The Surveys of Consumers is a rotating panel survey based on a nationally representative sample that gives each household in the coterminous U.S. an equal probability of being selected. Interviews are conducted throughout the month by telephone. The minimum monthly change required for significance at the 95-percent level in the Sentiment Index is 4.8 points; for Current and Expectations Indices the minimum is 6 points.