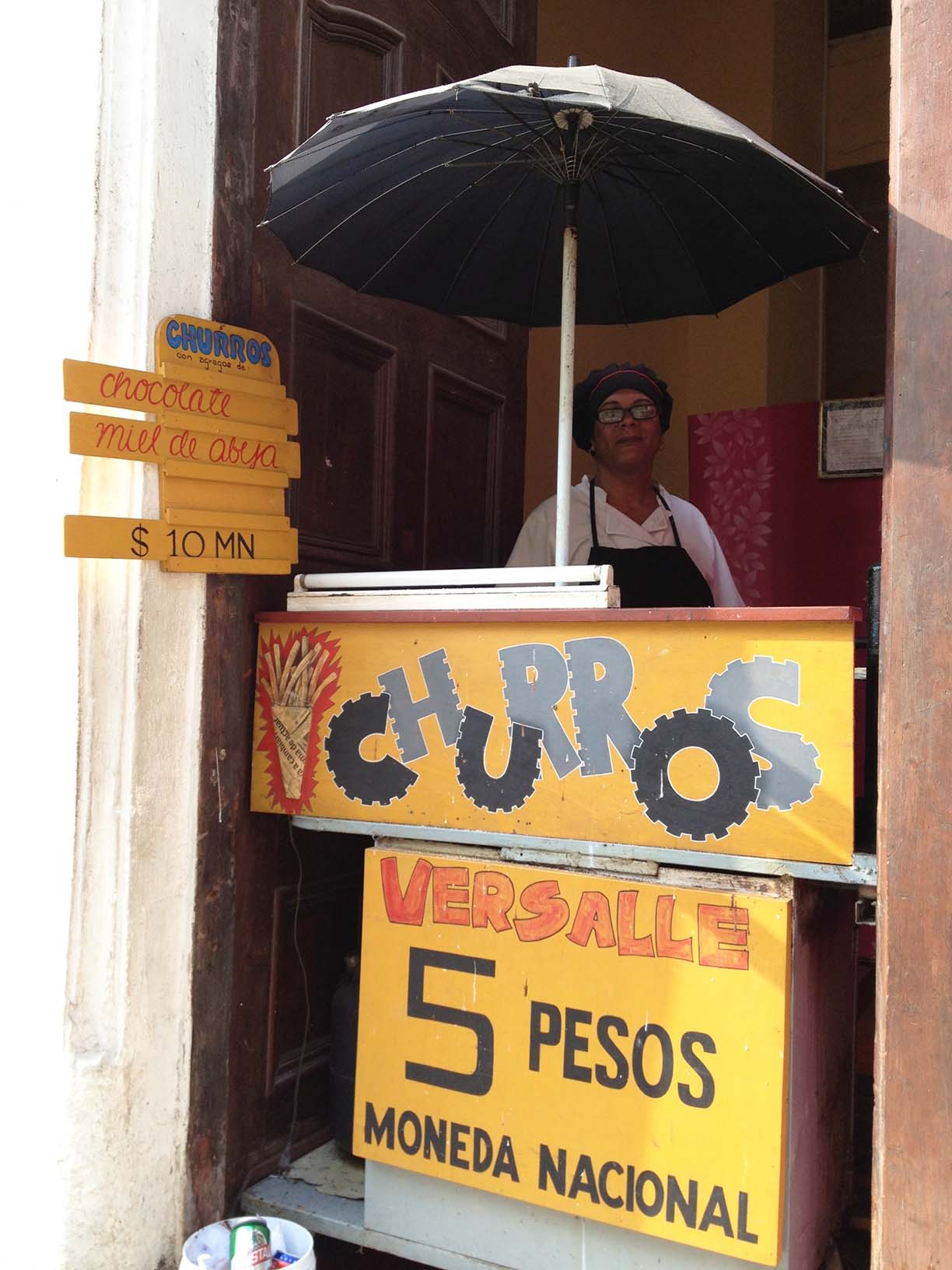 Whether it’s taxi cabs, churros or salsa lessons, entrepreneurship seems to have sprouted everywhere in Cuba. But U-M anthropology professor Ruth Behar fears many are being left out of the new emerging Cuban economy. Images courtesy: Ruth BeharAs she made her way through the busy streets of Havana earlier this year, Ruth Behar stopped to check out some of the new boutiques, cafes, salsa dancing studios and a gelato store.

“This could be in New York, could be Soho,” said the anthropology professor at the University of Michigan who began regularly visiting Cuba 24 years ago. “I’m seeing a lot of optimism among artists and scholars who look forward to more exchanges and opportunities, as well as among people who have connections, support from relatives abroad and entrepreneurial skills.”

But amid the excitement, there’s unease about growing inequality, Behar said after her fourth trip to the island this year.

“I worry about people who depend on the socialist safety net,” said Behar, who was born in Cuba and immigrated to the U.S. as a child after the revolution. “What’s going to happen to those who are unable to jump on the bandwagon of private enterprise?”

The thaw in U.S.-Cuban relations was one of the biggest news stories of 2015. The story broke on Dec. 17 when President Barack Obama announced the U.S. would re-establish diplomatic relations after a half century of antagonism.

In May, the island was officially removed from the list of state-sponsored terrorism. Both sides have reopened embassies. And Obama has said he is interested in visiting the island before the end of his presidency. 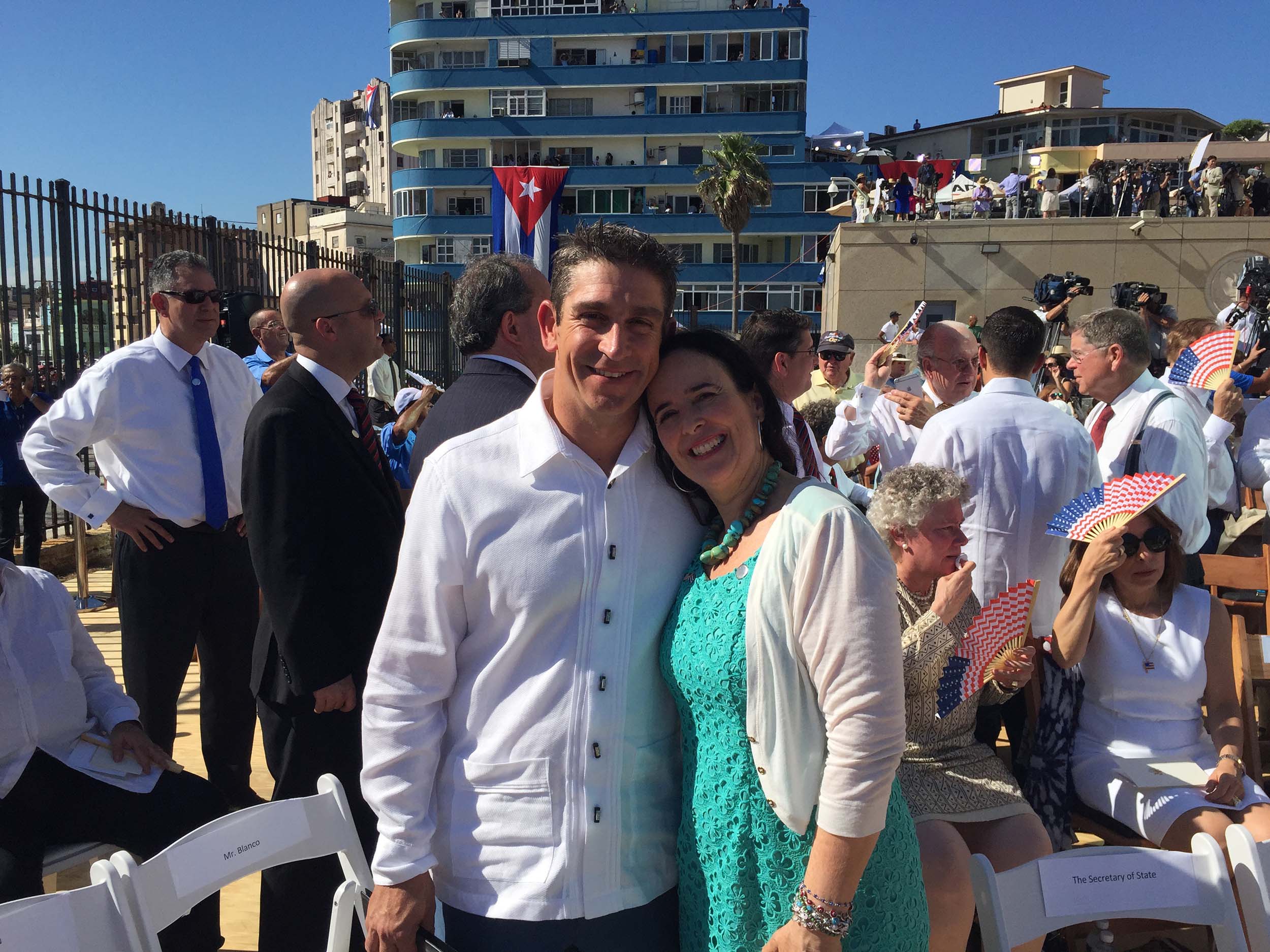 Behar and her friend of 20 years, Richard Blanco, during the re-opening of the embassy in Havana this summer. Behar and Blanco started this year the Bridges to Cuba: Lifting the emotional embargo to provide a space for Cubans from all over to tell stories ‘with a soul.’Silvia Pedraza is another U-M professor who closely watches Cuba and has deep ties to the nation. She said although the easing of tensions has been widely welcomed, many Cubans fear the new relationship will prompt Washington to end the Cuban Adjustment Act, which provides expedited passage to the U.S. for those fleeing the communist island. Some estimate that 43,000 Cubans have left this year alone.

“This presidential election season has become a push for people who want to leave the island,” said Pedraza, a professor of sociology and American culture who also emigrated with her parents as a child after the revolution.

Those leaving are mostly young people who have lost faith in the regime and its uncertain reforms, Pedraza said.

“Today, they (officials) allow the farmer markets to sell their extra produce freely in the market. Tomorrow, they close the farmer markets,” she said. “Today, they allow self-employed Cubans to sell clothing they get from their relatives in the U.S. and that everyone is in sore need of, freely. Tomorrow, they close these independent clothing stores. That is a pattern that has repeated in Cuba over the last half century—open up, close up.”

Pedraza said the government claims that it’s trying to prevent capitalism from creeping back in. But she’s skeptical of this explanation.

“I think it is because the government wants to control everyone and everything,” she said, “and it’s afraid of people not being dependent on them.”