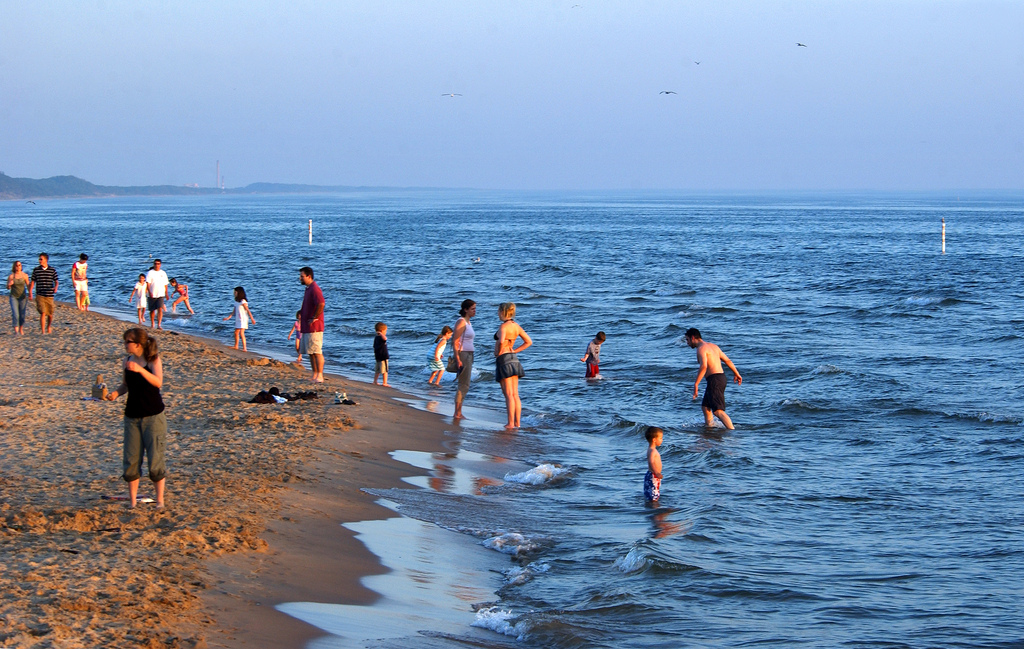 ANN ARBOR—Over the past 12 years, 138 Great Lakes swimmers have drowned in incidents blamed at least in part on rip currents and other dangerous currents. Half of those deaths, 69 of them, occurred in Michigan.

Those are some of the grim statistics that can be pulled from a new searchable database of current-related Great Lakes fatalities and rescues, a collaborative effort of Michigan Sea Grant and the National Weather Service.

The Great Lakes Current Incident Database has been in development for more than a decade and was started to help weather forecasters alert the public to potentially hazardous swimming conditions. The new tool went online in April and is also expected to be useful to researchers, the news media and the general public.

The searchable database is part of a multipronged public outreach project by Michigan Sea Grant aimed at reducing the risk of drowning from dangerous currents, which occur throughout the Great Lakes and are especially common along the eastern shore of Lake Michigan. 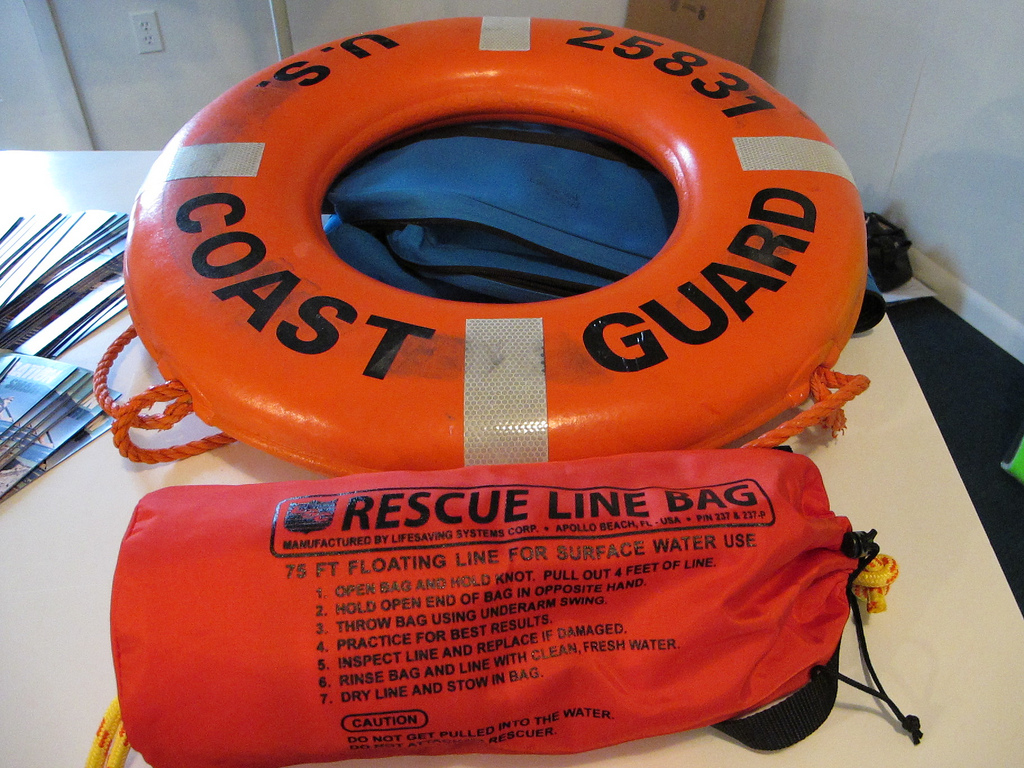 The effort will include the installation this summer of “beach safety kits” at 10 public beaches along Lake Michigan, with plans to expand the program across the Great Lakes region over the next two years.

“Our world-class beaches are a draw for residents as well as out-of-state visitors. We want people to enjoy the Great Lakes and to be safe at the beach, and this outreach effort will help raise awareness,” said Michigan Sea Grant Director Jim Diana, a professor at the University of Michigan School of Natural Resources and Environment.

“I grew up in California and have been exposed to rip currents many times, so I know how important it is to educate swimmers about these dangers.”

Rip currents are strong, narrow currents that move away from the shore. The strongest rip currents can attain speeds of 8 feet per second, which is faster than an Olympic swimmer can sprint.

Educational efforts will encourage swimmers not to panic and not to swim directly against a rip current, which can quickly lead to exhaustion. Experts advise people to swim at an angle out of the current and then back to shore. Swimmers may need to alternate floating and swimming to conserve energy. 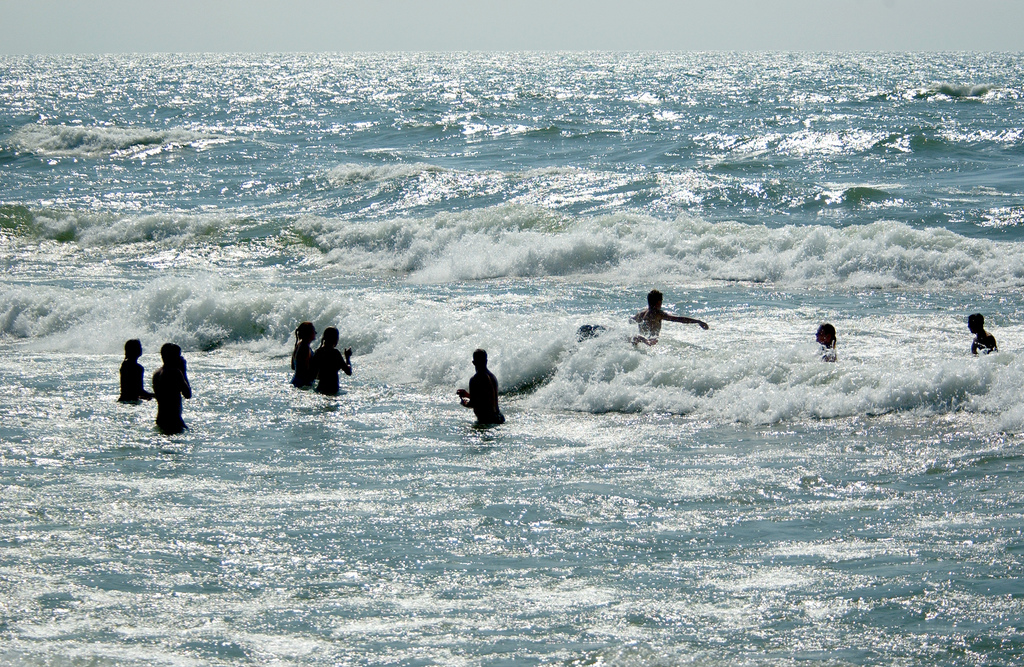 “Michigan’s Great Lakes coasts, and the shore of Lake Michigan in particular, have become the epicenter of drowning-related deaths in the Great Lakes region,” said Elizabeth LaPorte, Michigan Sea Grant’s communications and education services director. “Michigan Sea Grant is working with partners on a common mission to help reduce the number of deaths due to dangerous currents.”

Most Great Lakes beaches do not have trained lifeguards to help swimmers in trouble. To address this issue, Michigan Sea Grant and its partners will install beach safety kits this summer at 10 Lake Michigan public beaches. Each kit contains a ring buoy, a throw bag and U.S. Coast Guard-approved life jackets for youths. 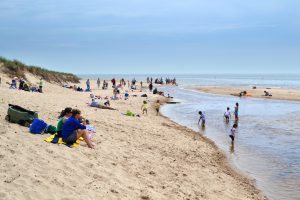 The initiative will also include “water watcher” cards that urge parents to closely watch children any time they are on the beach or in the water.

Irresponsible behavior by swimmers—such as jumping off piers and other structures—continues to be a factor in deaths tied to dangerous currents, particularly among young men.

Michigan Sea Grant, a cooperative program between the University of Michigan and Michigan State University, received two grants in the past two years from the Michigan Department of Environmental Quality, totaling $110,000, to fund its dangerous currents outreach efforts through 2015. In addition, Sea Grant received $10,000 from NOAA’s coastal storms program to fund the beach safety kit project.