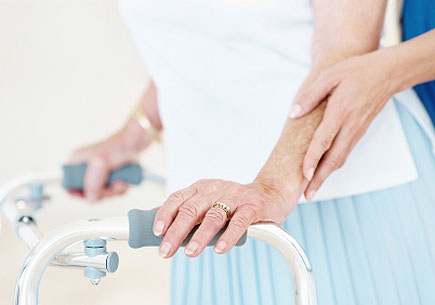 ANN ARBOR—The oldest old are doing better and those approaching late life are doing worse, but Americans between the ages of 65 and 84 are experiencing about the same level of disabilities as they did at the start of the 21st century.

Those are the key findings a new study of trends in late-life activity limitations that harmonizes the findings of five independent national surveys of more than 40,000 Americans.

The study, funded by the National Institute on Aging, was published online this week by the peer-reviewed journal Demography. Conducted by a team of researchers from several U.S. universities and think tanks, the study is the most comprehensive analysis to date of how well older Americans are able to carry out daily living tasks independently.

“A new pattern has emerged by age,” said University of Michigan demographer Vicki Freedman, lead author of the study. “We found essentially flat trends for those between 65 and 84 years of age, sandwiched between increases among the population ages 55 to 64 and decreases among those ages 85 and older.”

“This trend will be important to watch down the road because of the impact it may have on America’s families and on public health care programs.”

The new findings are noteworthy since they differ from earlier trends. From about the mid-1980s through 1999, the level of disabilities decreased steadily for the older population as a whole, according to Freedman, but over the last decade that trend has flattened.

“We were surprised to find that baby boomers aren’t doing better,” she said. “Their level of disability is still low compared to older Americans, but it was a full percentage point higher—five instead of four percent—compared to people of that same age 10 years ago.

“That may not seem like much of an increase, but, in fact, it represents about 365,000 more people who are having difficulty or who are unable to carry out basic personal care activities and activities central to living independently. This trend will be important to watch down the road because of the impact it may have on America’s families and on public health care programs.”

Among the activities assessed in the analysis were everyday tasks such as shopping, preparing meals, managing money, making phone calls, bathing, dressing and walking.

While the study did not assess the reasons for these increases, Freedman notes that others have found that rising rates of obesity and attendant health risks among the young old could account for some of the increase.

The reasons behind the continuing decrease in disabilities among Americans 85 and older also remain unclear, she says.

“Previously, we have found improvements in a wide variety of health conditions, including heart condition, musculoskeletal conditions and vision impairments,” Freedman said. “The latter was linked to increases in cataract surgery. More widespread use of assistive technology and environmental changes that allow people to function independently much longer may also be at work.”

Freedman and colleagues are continuing to monitor these trends, through the Disability Trends Network at the Michigan Center for the Demography of Aging, part of the U-M Institute for Social Research. Funding for the research was provided by a grant from the National Institute on Aging (P30-AG012846).