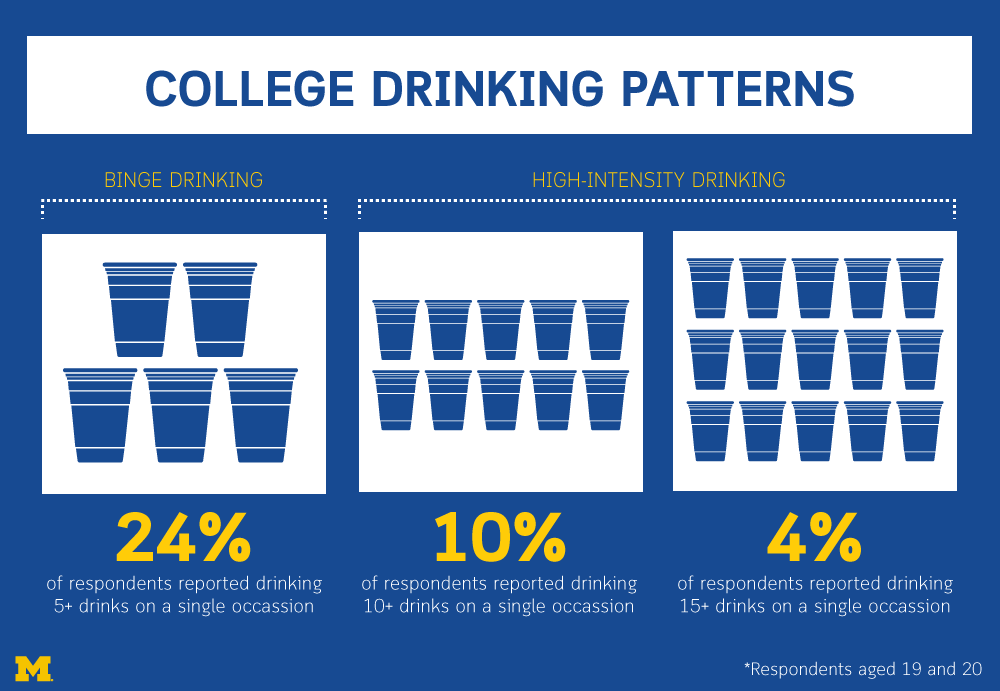 ANN ARBOR—During a bout of high-intensity drinking, a person might drink 10 or more drinks, and a recent University of Michigan Institute for Social Research study has found that this kind of drinking is reported mostly among college students.

“For many people, the definition of binge drinking—five or more drinks during a single occasion—didn’t really resonate as problematic,” said the study’s lead author Megan Patrick, a research associate professor in ISR’s Survey Research Center. “By reporting rates of high-intensity drinking, which is a more severe and rarer behavior, it may be possible to help college administrators boost the effectiveness of their campaigns.”

Young adults who don’t attend college or who live with their parents while they attend school don’t report the same elevated level of high-intensity drinking.

“College attendance is associated with a freedom from adult responsibilities,” Patrick said. “Students, if they’re living with their parents, might not have the same opportunity to drink as students living on campus or in student housing.”

Monitoring the Future surveys 15,000 12th-grade students annually, and a subsample from each year is chosen for longitudinal follow-up. Patrick’s study follows the high school students who participated starting in 2005, when questions about high-intensity drinking were first included.