Exceptional upward mobility in the U.S. is a myth, international studies show 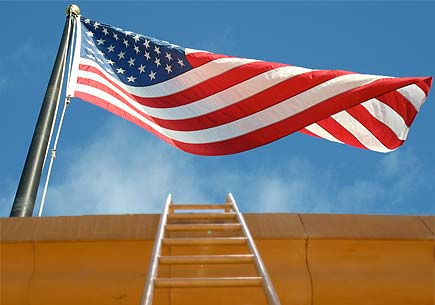 ANN ARBOR—The rhetoric is relentless: America is a place of unparalleled opportunity, where hard work and determination can propel a child out of humble beginnings into the White House, or at least a mansion on a hill.

But the reality is very different, according to a University of Michigan researcher who is studying inequality across generations around the world.

“Especially in the United States, people underestimate the extent to which your destiny is linked to your background. Research shows that it’s really a myth that the U.S. is a land of exceptional social mobility,” said Fabian Pfeffer, a sociologist at the U-M Institute for Social Research and the organizer of an international conference on inequality across multiple generations being held Sept. 13-14 in Ann Arbor.

Pfeffer’s own research illustrates this point based on data on two generations of families in the U.S. and a comparison of his findings to similar data from Germany and Sweden. The U.S. data come from the ISR Panel Study of Income Dynamics, a survey of a nationally representative sample that started with 5,000 U.S. families in 1968.

He found that parental wealth plays an important role in whether children move up or down the socioeconomic ladder in adulthood. And that parental wealth has an influence above and beyond the three factors that sociologists and economists have traditionally considered in research on social mobility—parental education, income and occupation.

“Wealth not only fulfills a purchasing function, allowing families to buy homes in good neighborhoods and send their children to costly schools and colleges, for example, but it also has an insurance function, offering a sort of private safety net that gives children a very different set of choices as they enter the adult world,” Pfeffer said.

“Despite the widespread belief that the U.S. provides exceptional opportunities for upward mobility, these data show that parental wealth has an important role in shielding offspring from downward mobility and sustaining their upward mobility in the U.S. no less than in countries like Germany and Sweden, where parental wealth also serves as a private safety net that not even the more generous European public programs and social services seem to provide.”

Pfeffer is now expanding the number of countries he is analyzing, and is also examining the influence of grandparents’ wealth.

Meanwhile, at the conference next week in Ann Arbor, participants from universities in Singapore, Sweden, Japan, Germany, Great Britain, South Africa and across the U.S. will share their ongoing research on different facets of intergenerational influences on inequality, from the timing of childbirth over generations to the impact grandparents, uncles and aunts have on educational attainment.