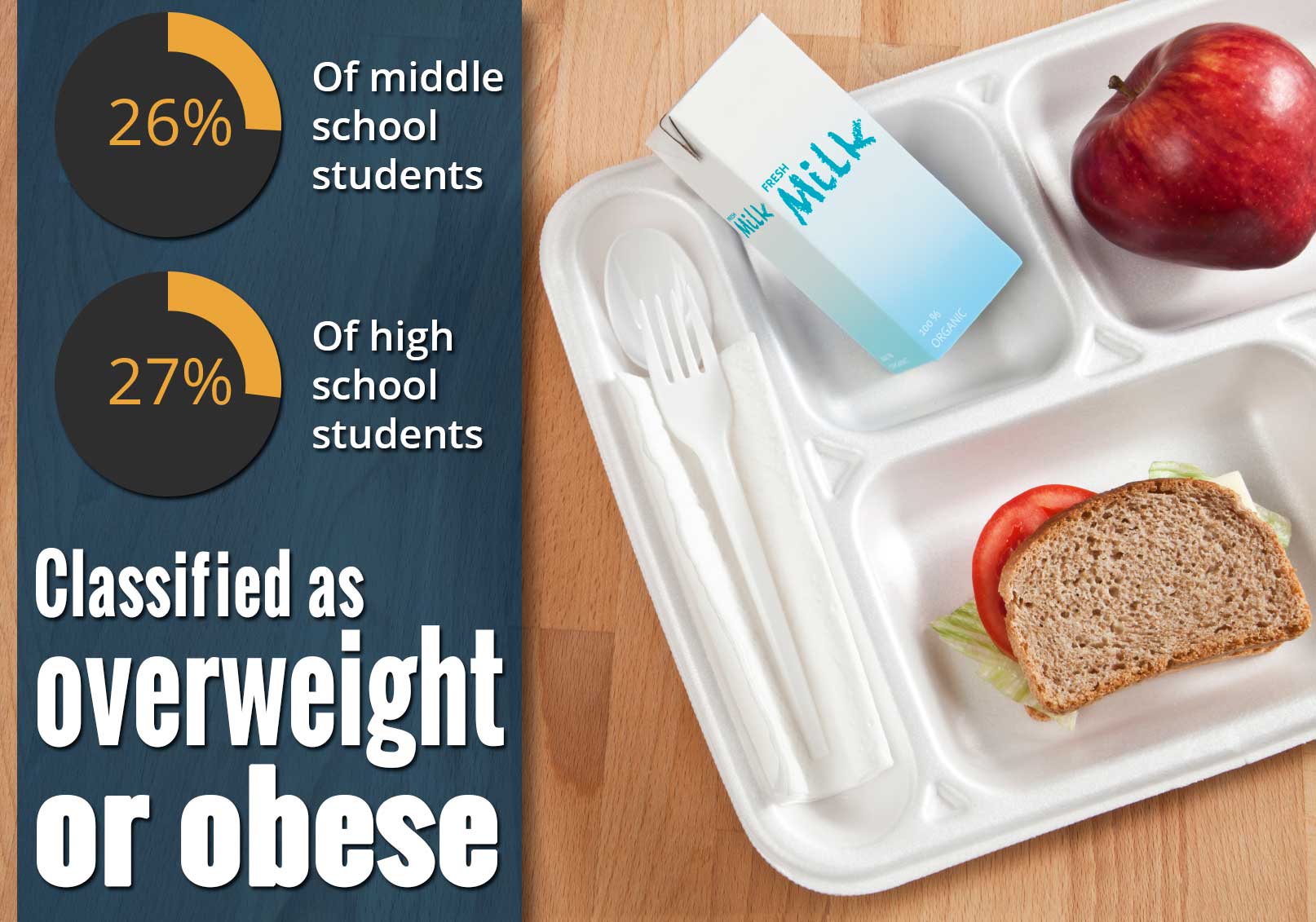 ANN ARBOR—Implementing the latest government standards for food and beverages sold at U.S. schools would substantially improve school nutrition, according to a new University of Michigan study.

The research, published online by JAMA Pediatrics, found that from fall 2007 to spring 2012, only 2 percent of middle school students and less than 1 percent of high school students attended schools where all five components of the new U.S. Department of Agriculture nutrition standards were in place for school meals, vending machines and snack bars.

“These results indicate that the USDA standards—if implemented fully and monitored for compliance—have the potential to change the current U.S. school nutritional environment significantly,” said Yvonne Terry-McElrath, a researcher at the U-M Institute for Social Research and first author of the study.

Terry-McElrath and co-authors Patrick O’Malley and Lloyd Johnston examined what percentage of U.S. secondary school students attended schools with specific USDA components, whether the components were associated with student overweight-obesity, and whether there were differences in associations based on a variety of social and demographic characteristics.

The researchers analyzed five school nutrition components directly called for by the USDA standards. These include no sugar-sweetened beverages, no whole or 2 percent milk, no candy or regular-fat snacks, and no french fries. The fifth component—encouraged, but not required by USDA standards—is that fruits or vegetables be available wherever food was sold.

The USDA standards were developed and implemented in response to rising overweight-obesity among American children, but some experts oppose their implementation, according to the researchers.

The data were collected as part of two ISR studies: The Monitoring the Future study, supported by a grant from the National Institute on Drug Abuse; and the Youth, Education and Society study, part of a larger research initiative funded by the Robert Wood Johnson Foundation, titled “Bridging the Gap: Research Informing Policy and Practice for Healthy Youth Behavior.”

Established in 1949, the University of Michigan Institute for Social Research is the world’s largest academic social science survey and research organization. It is a world leader in developing and applying social science methodology and in educating researchers and students from around the world. Website: http://home.isr.umich.ed