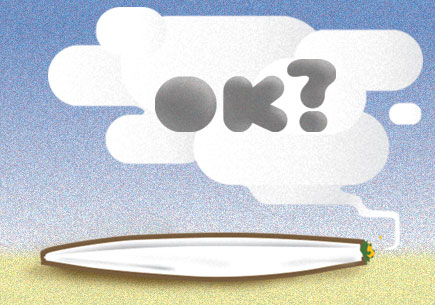 These results come from the annual Monitoring the Future study, which has been tracking substance use among young adults for the past 36 years. It is conducted by a team of researchers at the University of Michigan and is funded by the National Institute on Drug Abuse. Results are based on young adults ages 19-22. 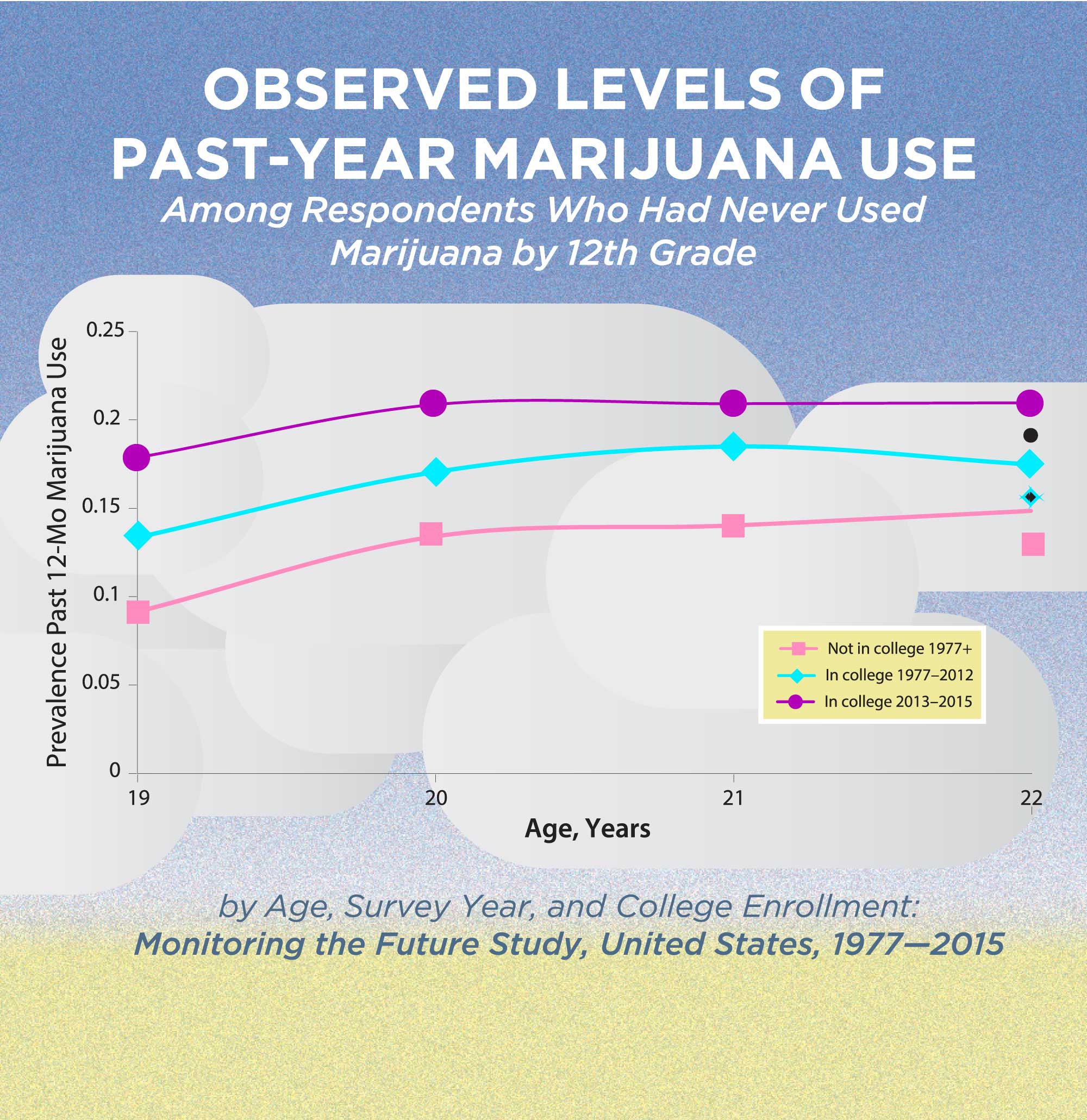 “There has been a sea change in attitudes toward marijuana use,” said Richard Miech, the lead author of the study.

He points out that the majority of adults today now support legalization of recreational marijuana use. He speculates that college students are well positioned to turn changing marijuana attitudes into actual use, for a number of reasons.

College students are less likely than older adults and noncollege students to have entered the social roles of spouse, parent and employee, all of which reduce marijuana use, Miech says. Many factors unique to college also promote substance use, such as lack of parental supervision, plenty of free time and a party culture, he adds.

“College students were at the vanguard of marijuana use in the 1960s and it seems they are in position to usher in new increases in population marijuana use today,” Miech said.

The study appears in the American Journal of Public Health.