U.S. national security adviser Michael Flynn resigned this week amid growing concerns over the ties between the Trump administration and Russian officials. 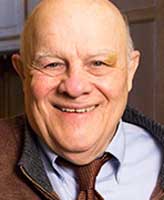 Melvyn Levitsky, professor of international policy and practice at the University of Michigan’s Ford School of Public Policy, discusses the resignation and its implications for the current administration. He spent 35 years as a U.S. diplomat under eight different presidential administrations and served as officer-in-charge of U.S.-Soviet bilateral relations and as a political officer at the U.S. Embassy in Moscow.

Q: What do we know so far about the resignation?

Levitsky: Although we do not have all the facts, it seems clear that General Flynn discussed sanctions and quite likely indicated to the Russian ambassador that sanctions would be lifted at some point. The Russians—and the Soviets before them—always have reciprocated U.S. expulsions of their embassy and UN mission personnel. It is unlikely that they would have made the decision not to reciprocate unless they were given a strong commitment that that response would make it more difficult to have sanctions lifted.

Q: Do we know what the president and vice president knew about these conversations?

Levitsky: The fact that the president knew at least generally about Flynn’s conversations and that the vice president was not informed is further indication of a disorganized and perhaps divided White House pulled in different ways by the president’s various advisers.

It is more than strange that Flynn, who had headed the Defense Intelligence Agency, would be unaware—or perhaps naive—of the fact that the FBI would monitor the Russian ambassador’s telephone conversations, email and text exchanges.

Q: Will Flynn’s resignation put an end to the criticism that the White House is too close to Russia or will it give opponents more ammunition?

Levitsky: Bottom line: This is a real mess with a future flow of investigations, congressional hearings, further leaks from disgruntled staff and with diversion from any effort to implement President Trump’s commitments on the policy front.

Q: On Twitter, President Trump said, “The real scandal here is that classified information is illegally given out by ‘intelligence’ like candy. Very un-American!” Is it unusual for this type of information to be leaked?

Levitsky: The real scandal is Flynn’s conversations with the Russian Ambassador and his apparent feeling that such a conversation (which seems to have been about sanctions before the Trump people took office) would be unmonitored.

Leaks of all kinds of information have been going on in Washington for years. It’s bad and usually illegal, but they are a fact of life. Often the advice given is: Don’t put anything in writing that you would not want to see in the Washington Post the next morning.

Certainly the Russians know that their open conversation and communications are being monitored. Same goes for American diplomats in Moscow. Flynn should certainly know this as well.