Kathleen Cho, Laurie McCauley, Robert Neumar and Marita Titler were elected to the NAM in recognition of their major contributions to the advancement of the medical sciences, health care and public health.

With their election, U-M now has 54 past and present members of the NAM on faculty. 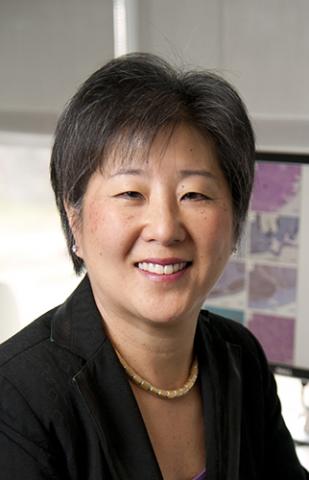 Kathleen R. Cho, M.D.r A. Ward Professor and vice chair for academic affairs in the Medical School’s Department of Pathology and a professor of Internal Medicine. A leading pathologist, she is widely recognized for both her diagnostic expertise and laboratory research in gynecological cancer. After receiving her medical degree from Vanderbilt University, she trained at Johns Hopkins University and served on its faculty before coming to Michigan in 1998.

Cho’s research has earned her over two decades of grant support from the National Cancer Institute, the Ovarian Cancer Research Program of the Department of Defense and several private foundations. She has served on a number of National Institutes of Health and Department of Defense study sections, and currently serves on an IOM committee on the State of the Science in Ovarian Cancer Research.

A member of the editorial boards of a number of journals, she has been elected to leadership and advisory positions in top national and international pathology societies, including the United States and Canadian Academy of Pathology, the American Society of Investigative Pathology, and the International Society of Gynecological Pathologists. She is a member of the American Society for Clinical Investigation, the Association of American Physicians, and the Johns Hopkins Society of Scholars. 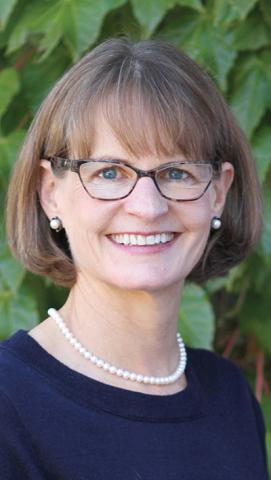 Laurie K. McCauley, DDS, M.S., Ph.D.is the William K. and Mary Anne Najjar Professor and Dean of the School of Dentistry, and professor in the Department of Pathology at the Medical School. The 14th dean of dentistry at U-M, she has been on faculty at U-M since 1992 and formerly served as chair of the Department of Periodontics and Oral Medicine.

For more than 20 years, she has led an active research program in hormonal controls and cellular mechanisms of bone remodeling, parathyroid hormone anabolic actions in bone, and prostate cancer skeletal metastasis. She has served on the council of the American Society for Bone and Mineral Research and on the National Advisory Dental & Craniofacial Research Council at the National Institutes of Health, as well as serving as as associate editor of the Journal of Bone and Mineral Research. 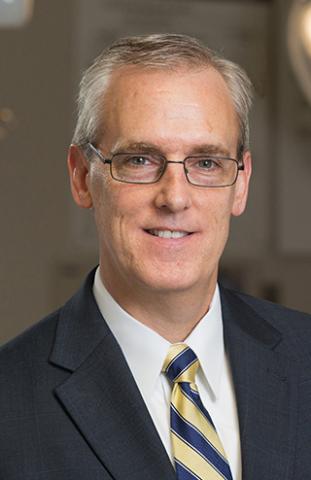 Robert W. Neumar, M.D., Ph.D.is professor and chair of the Medical School’s Department of Emergency Medicine, an international leader in emergency cardiac care and resuscitation science, and an expert in brain damage after cardiac arrest.

An advocate for emergency care research focused on time-sensitive illness and injury, he has worked through the National Institutes of Health to garner support for the field, including the establishment of a new NIH Office of Emergency Care Research.

His research focuses on understanding the molecular mechanisms of ischemic and traumatic brain injury, and developing strategies for neuroprotection, including therapeutic hypothermia and inhibition of pathologic proteases. As chair, he led the establishment of the Michigan Center for Integrative Research in Critical Care.

He has fostered the development of critical care as a new subspecialty of emergency medicine, including leading the creation of the Joyce and Don Massey Family Foundation Emergency Critical Care Center at University Hospital, the first of its kind in the country.

Neumar has received the Award for Outstanding Contribution in Research from the American College of Emergency Physicians, and has served as a reviewer for the NIH, Department of Defense and the American Heart Association study sections. 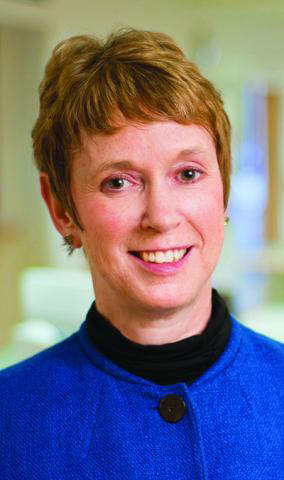 Marita G. Titler, Ph.D., RN, FAANholds the Rhetaugh G. Dumas Endowed Chair in the U-M School of Nursing, where she is a professor and chair of the Department of Systems, Populations and Leadership.

She earned her nursing degrees at the University of Iowa, and built her academic career there before coming to Michigan in 2009. She is a member of the U-M Institute for Healthcare Policy and Innovation, and serves on the executive committee of the NIH-funded U-M Center for Complexity and Self-management of Chronic Disease.

Through her work, she seeks to understand why some implementation interventions are effective in translating research into practice in some contexts of care delivery, while others are not. She directs the National Nursing Practice Network, a community of more than 100 practices and health systems across the U.S. committed to the promotion and implementation of evidence-based practices to improve health care and population health

Titler has served on the National Advisory Council for the federal Agency for Healthcare Research and Quality, and the Committee on Standards for Developing Trustworthy Clinical Practice Guidelines for the Institute of Medicine, as well as the National Cancer Institute’s Symptom Management and Health-related Quality of Life Steering Committee. Her awards include the American Organization of Nurse Executives National Researcher Award, the Sigma Theta Tau International Elizabeth McWilliams Miller Award for Excellence in Research, and the President’s award from the Friends of the National Institute of Nursing Research.