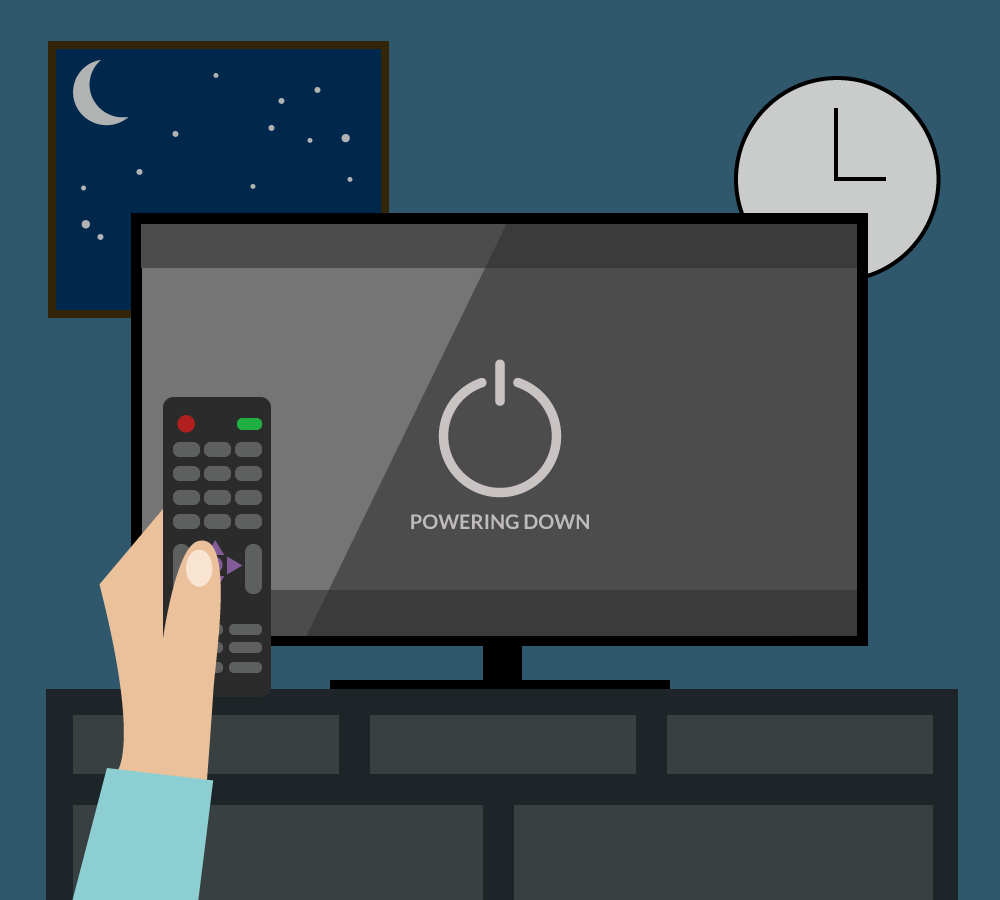 ANN ARBOR—If you created a schedule to watch television at night, chances are you’re not postponing bedtime sleep.

Habitual TV viewers are used to starting and quitting their evening viewing at set times, which makes them less likely to procrastinate on bedtime, according to a new study by researchers at the University of Michigan and the Leuven School for Mass Communication Research in Belgium.

There is ample evidence that media use—whether it’s watching TV or using a cell phone or laptop—displaces sleep. Previous research, however, has not explored how self-control plays a role in evening TV viewing.

The current study finds that low self-control keeps a person from prioritizing the long-term benefits of getting a good night’s rest over the short-term benefits of feeling entertained by media use.

“In other words, people have trouble withstanding the media temptation unless they have self-control,” said study co-author Jan Van den Bulck, U-M professor of communication studies. “The presence of media that engage us during the final hours of the day provokes an internal conflict where we weigh the benefits of media entertainment against those of going to bed on time.”

The central idea is that self-control is like a muscle. When we wake up, our self-control levels are at their highest, Van den Bulck says. Throughout the day, we use it up. At night, this control is at its lowest, and sleep is a major way to replenish it.

Researchers say this is the exact moment when many people are watching TV, which means they resist tuning into another episode or switching to another channel.

Van den Bulck and colleague Liese Exelmans of the Leuven School for Mass Communication Research, say they did not anticipate that people who have strong TV viewing habits would not have trouble staying on schedule with bedtime.

“It makes sense,” said Exelmans, the study’s lead author. “If you have a strong TV viewing habit, you may end up watching a lot of TV, but you have a lot of control over it and you are therefore less likely to postpone your bedtime.”

The researchers sampled 821 adults in Belgium who answered questions about their television and sleep behaviors in November 2014. For the face-to-face interviews, participants were randomly selected using telephone directories.

The participants reported their TV viewing from 8 p.m. to 7 a.m. They rated responses on a scale to statements such as “I want to go to bed on time, but I just don’t” and “Often I am still doing other things when it is time to go to bed.” For self-control, items included “I wish I had more self-discipline” and “I am able to work effectively toward long-term goals.”

Self-control was negatively related to evening TV viewing—the less self-control, the more one watched TV during the evening and were more likely to procrastinate at bedtime. Many participants also indicated they watched TV automatically without thinking about it.

The findings appear in the current issue of Communication Research.