Republican members of the U.S. House of Representatives released a proposal to rewrite the Affordable Care Act. At 19 pages, it lacks specifics. But the ones there mainly impact private coverage and Medicaid, indicating the elderly and poor could pay more. 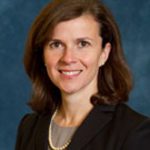 Helen Levy is a research professor at the Institute for Social Research and holds joint appointments at the School of Public Health and Ford School of Public Policy. She is a health economist who studies the causes and consequences of uninsurance, and evaluates the impacts of public health insurance programs. She also is a research associate at the National Bureau of Economic Research and served as a senior economist to the President’s Council of Economic Advisers. She co-wrote a January 2017 article in the New England Journal of Medicine titled Economic Effects of Medicaid Expansion in Michigan, with John Ayanian. Read the news release about that study.

“On private coverage, they are proposing to restructure the ACA premium tax credits so that they depend on age rather than income,” she said. “This would, obviously, be a lot less redistributive than the ACA; it could also end up being worse for older people if the bump up in the tax credit with age doesn’t offset the higher premiums that older people face.

“Reading their proposal, you might not realize that the Affordable Care Act also contained tax credits. It might be more accurate if they had just said ‘we propose to take Obamacare and make it less generous to poor people.’ On Medicaid, they are proposing block grants. This is a policy that has been debated before and everyone knows what it means: fewer resources for poor people.

“For a proposal that is only 19 pages, there is an awful lot of white space. It reminds me of papers I get from undergraduates who don’t actually have that much to say; although I suspect that in this case, the Republicans have a lot to say that they know people wouldn’t like if it were explained clearly.” 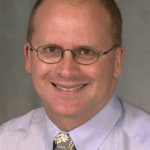 Mark Fendrick is a professor in the Medical School Department of Internal Medicine who holds a joint appointment at the School of Public Health and heads the Center for Value-Based Insurance Design. He has proposed new models for private and public health insurance plans that build on his research about the impact of out-of-pocket costs on consumers’ health behaviors.

“The proposed House Republican framework calls for Medicare and commercial health plans (especially Health Savings Accounts) to have more flexibility in how they may design their benefits,” he said. “Value-Based Insurance Design, a concept developed at the University of Michigan, is included in major bipartisan health reform proposals designed to spend our health care dollars more efficiently and improve the health of all Americans, including Medicare Beneficiaries and those serving in our Armed Forces.”

Scott Greer, associate professor of health management and policy at the School of Public Health, is a political scientist. He researches the politics of health policies and recently published research about a scorecard that shows how public health will be impacted under the new administration.

“This doesn’t get Republicans out of the woods,” he said. “The consequences of phrasing out the Medicaid expansion will be hard to hide and hard to manage. Providers, state governments, beneficiaries and their families will all stand to suffer, and many of them have very good lobbies.” 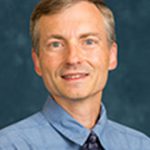 Richard Hirth, professor and chair of the Department of Health Management and Policy at the School of Public Health, can discuss the economics of health insurance, health care costs and payment system design. Hirth recently talked about the issues at hand: myumi.ch/L18qO and myumi.ch/Lz2mV.