ANN ARBOR—Highly localized and accurate Great Lakes ice cover forecasts have been demonstrated by researchers at the University of Michigan, and their predictive modeling tool can be adapted for any geographic region.

The team developed the approach working closely with officials at Apostle Islands National Lakeshore on Lake Superior in Wisconsin. The park is home to majestic ice caves that are only accessible in some winters when it’s safe for visitors to walk across the ice of the frozen lake.

Such localized forecasts would be useful more broadly as climate change brings a roller coaster of weather variability to many parts of the world, including those who live along, play in and make their living from the world’s largest surface source of freshwater.

“These models could be useful not only for supporting safe pedestrian traffic on ice in coastal areas of the Great Lakes, but for large and small-craft vessel navigation, fishing and hunting, and other human activities around the world,” said Richard Rood, professor of climate and space sciences and engineering, and co-author of a paper on the new model published in Climatic Change.

The new approach can reliably predict months in advance—in September, perhaps—whether ice will form in a given winter, as well as the timing of ice onset. Many previous efforts have focused on ice cover on the lake as a whole. By focusing on a small area, it is possible to find relationships between weather and local conditions that make ice formation possible, even in years when conditions are not supportive of lake-wide ice formation. 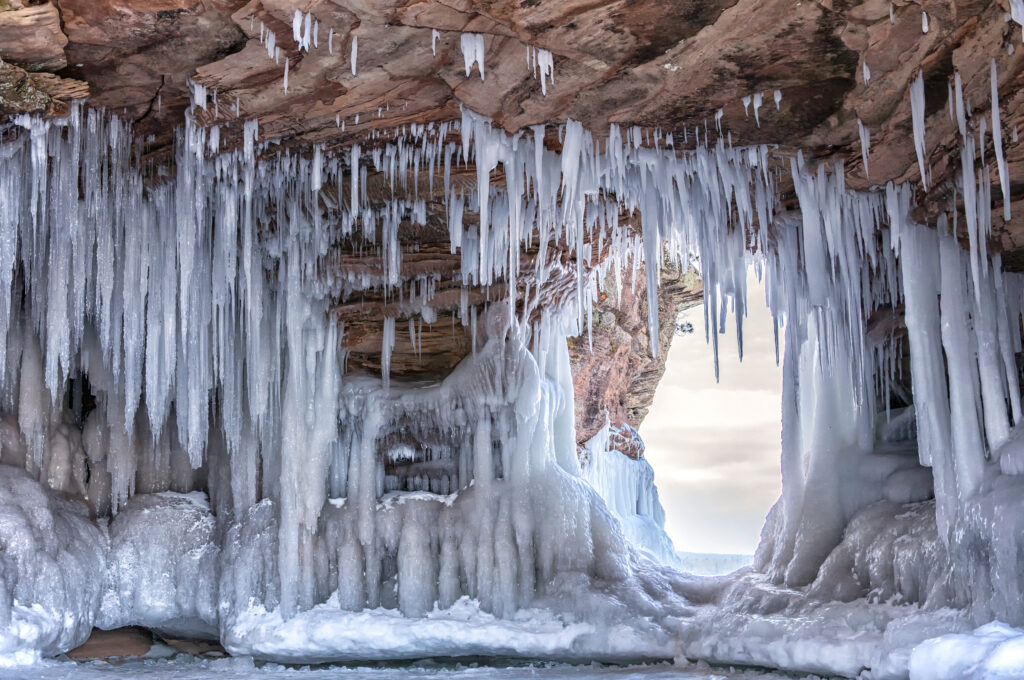 U-M’s project arose out of a comment made during a climate-change planning meeting with the Great Lakes Integrated Sciences and Assessments and Apostle Islands National Lakeshore staff. GLISA is a NOAA-supported team focused on advancing climate knowledge for adaptation in the Great Lakes region, housed jointly at U-M and Michigan State University. Rood is a GLISA principal investigator.

The park had experienced a surprisingly cold year, which led to enormous and unexpected wintertime visitation. Park superintendent Robert Krumenaker raised the question of ice-cover prediction to anticipate wintertime tourists. The authors took on the challenge.

Ice cover at Apostle Islands used to be a sure thing.

“For years, in the 1970s, 1980s and early 1990s, it was simply understood that, at some point in the season, the ice cover around the shoreline was going to form and was going to be consistent year to year,” said Andrew Gronewold, associate professor at U-M’s School for Environment and Sustainability. “In the late 1990s, all of a sudden we saw years in which there was no safe ice cover. That initiated this period of variability—differences in the ice coverage year to year.”

That kind of uncertainty creates problems for park managers, as well as those who wish to visit.

To develop their new approach, the researchers uncovered clues hidden in oscillating climate patterns, often originating on the other side of the planet.

They looked at historical weather records for the Great Lakes region and beyond, as well as specific modes of variability—oscillating climate patterns—on weather in the Great Lakes. Three modes—El Nino, the Arctic oscillation and the Pacific decadal oscillation—were shown to provide predictive clues for ice formation in the Apostle Islands region. 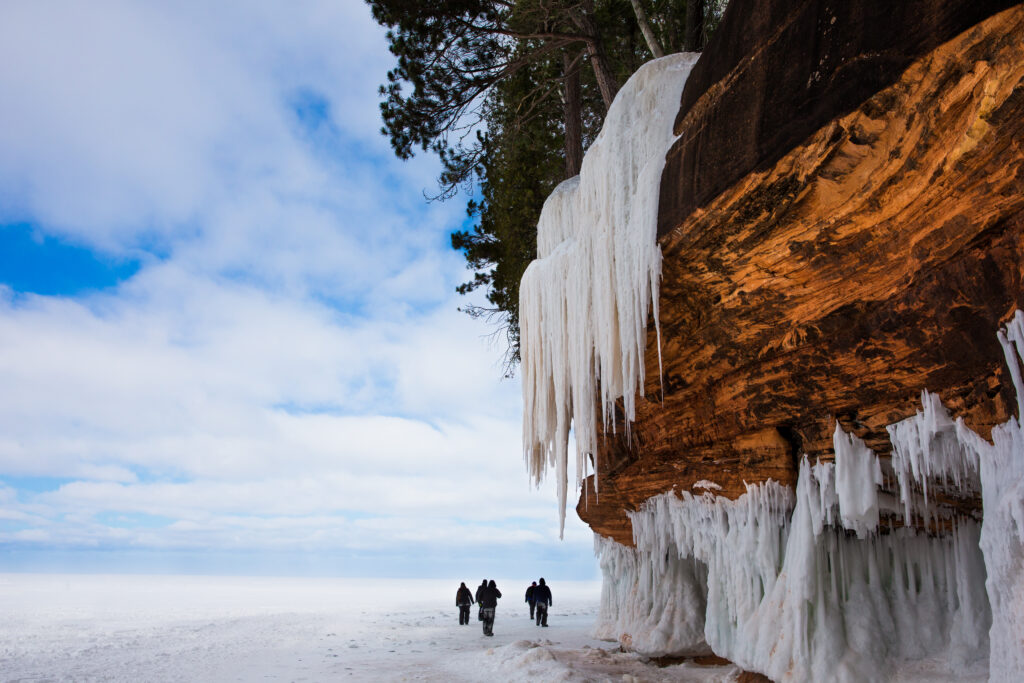 “Had we utilized these relationships in the past, we would have, in almost every year, accurately predicted whether or not safe ice cover would form at Apostle Islands, as well as a reasonable indication of when,” Gronewold said. “That’s how strong the relationships were.”

Gronewold and Xiaolong Ji, a student in applied climate, evaluated statistical models and found the best fit in an unexpected place.

“We found that the best explanation for what we were observing came from a type of model called a survival model, or hazard model,” Gronewold said. “They are commonly used in human health studies or environmental health studies.”

He added the Apostle Islands project may be the first time the model has been used in forecasting ice cover across the Great Lakes.

Applying the hazard model to four decades of historical data, Gronewold, Rood and doctoral students Ji and Houraa Daher were able to predict ice coverage for the Apostle Islands region months in advance with surprising accuracy. In the future, U-M researchers hope to expand their predictive modeling into other areas.

“The research we’re doing more generally forecasts a range of conditions impacting Great Lakes coastlines,” Gronewold said. “Those can range from water quality conditions that can result in harmful algal blooms, to water levels driven by short-term surges or long-term fluctuations, to things like ice cover.”