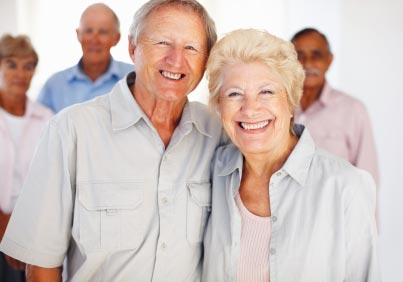 ANN ARBOR—An apple a day may keep the doctor away, but happiness may be the best prescription, says a University of Michigan researcher.

Eric Kim, a U-M doctoral student in psychology, says that people who are more satisfied with their lives visit their doctors less than those who are not as happy. In other words, life satisfaction predicts good health behaviors and a longer life.

“Satisfied adults may visit doctors less frequently because they are healthier, the result of being more socially engaged and supported, and maintaining healthier behaviors,” Kim said. “Most people think that health leads to higher life satisfaction. I believe this, too.

Kim and colleagues tracked the number of doctor visits from 2006 to 2010 made by 6,379 older adults from the Health and Retirement Study, a nationally representative panel study of people over age 50. Respondents provided background information about themselves, health history and psychological data.

Respondents were asked if they agreed or disagreed with statements such as “In most ways my life is close to ideal.” They also indicated how many times they saw or talked to a doctor, including emergency room or clinic visits.

Most respondents who reported a high life satisfaction visited doctors about 4.6 times a year compared with 6.3 visits annually among those who had a low life satisfaction. Overall, using a scale from 1 to 6, a person could expect an 11 percent decrease in doctor visits for each level of higher life satisfaction, the study found.

“If these findings are consistently replicated and done so with a wide variety of methodologies, I think it can lead to some innovative ways of dealing with our continuously rising health care costs,” Kim said.

Kim and colleagues hope their study’s findings, in combination with other studies linking psychological well-being with enhanced health and health behaviors, may spark conversations and further studies that lead to novel ways of containing health care costs.