CHEBOYGAN, Mich.—The diesel-powered harvester roars as ecologist Shane Lishawa crashes through dense, 7-foot-tall cattails toward an experimental plot established in the marsh in 2011.

“It’s now four years later, and we still have a persistently more diverse community,” said Lishawa, pointing to various native grasses, sedges and rushes that have sprung up in the test plot still dominated by an invasive hybrid cattail.

“None of these were here prior to harvesting the cattails,” said Lishawa, a 2001 University of Michigan graduate who is now a research associate at Loyola University Chicago. 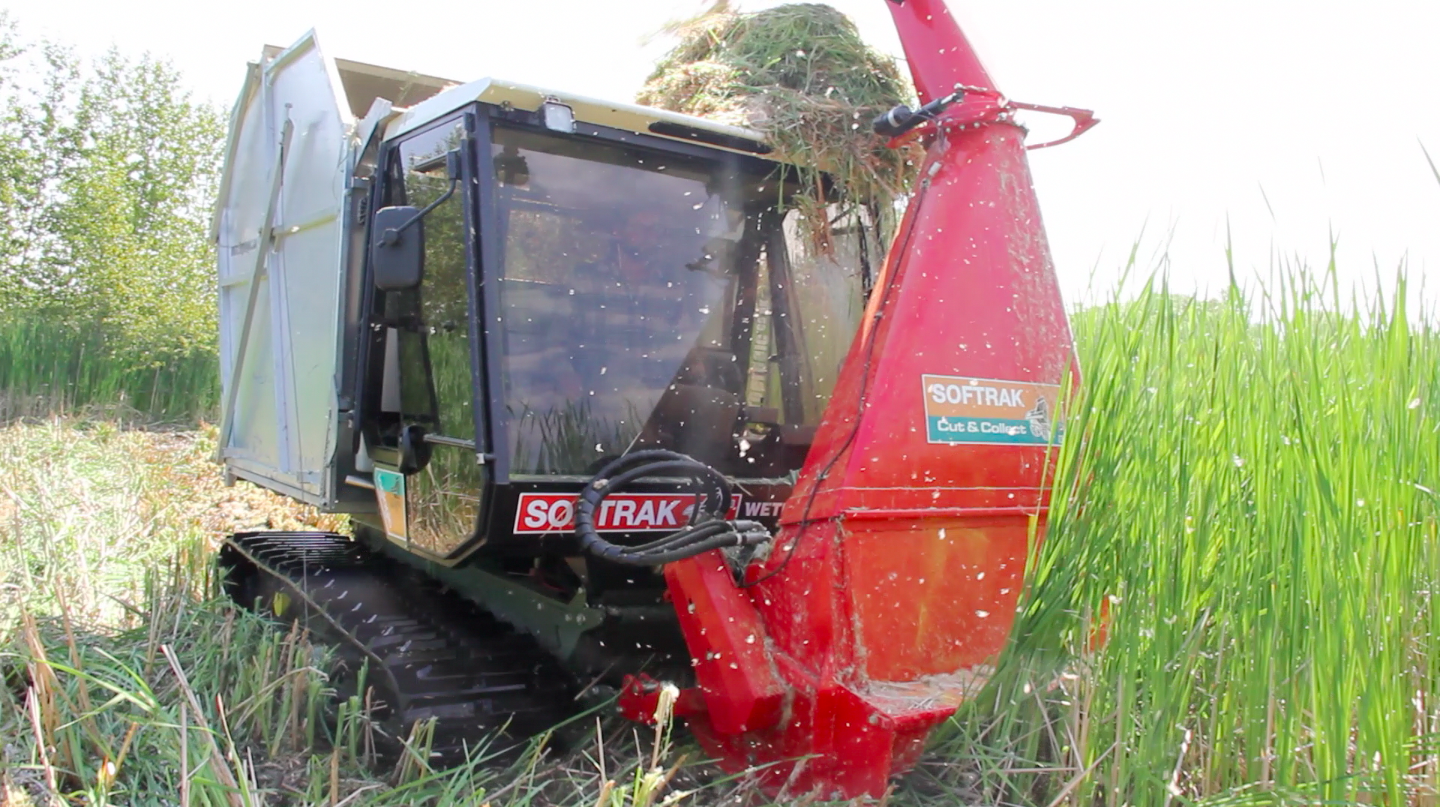 A wetland plant harvester removes non-native cattails from Cheboygan Marsh. The project, based at the U-M Biological Station, is the first large-scale effort to restore a Great Lakes wetland by harvesting invasive plants. Image credit: Levi StroudThe insights gained from the early test plots are being applied this summer on a much larger scale. Lishawa is part of a team, based at the U-M Biological Station in Pellston, Mich., using a $500,000 federal grant to test a novel approach for restoring the biological diversity of Great Lakes coastal wetlands like Cheboygan Marsh, alongside Lake Huron at the northern tip of Michigan’s Lower Peninsula.

The researchers purchased a large wetland plant harvester and used it to remove 20 to 30 tons of cattails from about 35 acres of the marsh. That allowed sunlight to reach down to the muck where seeds of various native plants have lain dormant for 50 years or more.

Mechanical removal of the cattails is seen as an environmentally friendly alternative to broad-spectrum herbicides, currently the go-to method for controlling invasive plants in the region. 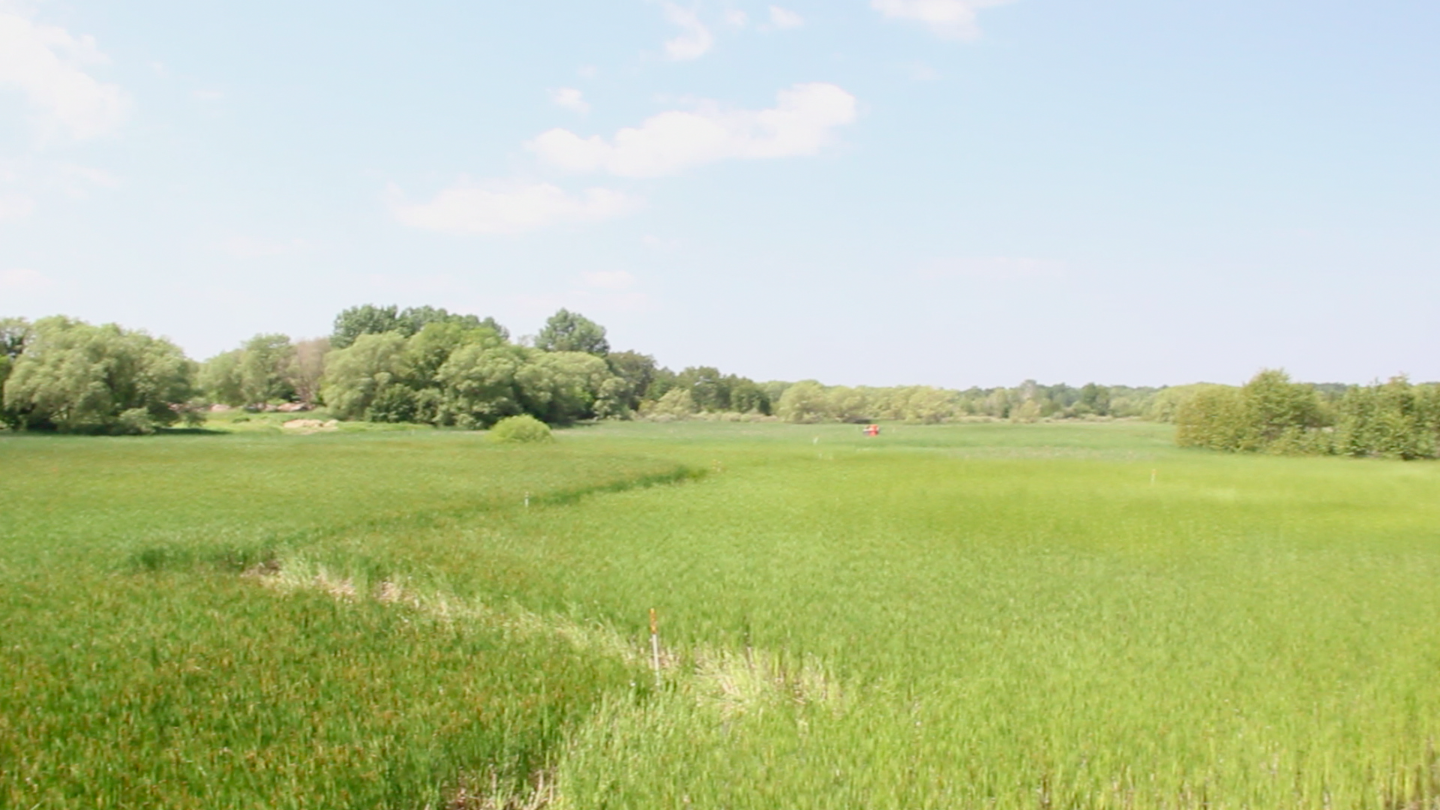 Cheboygan Marsh is dominated by a single species of non-native cattail. A federally funded restoration project, based at the U-M Biological Station, is attempting to restore marsh biological diversity by mechanically removing 20 to 30 tons of the cattails on about 35 acres. Image credit:Levi StroudThe cattail project, funded by a Great Lakes Restoration Initiative grant from the U.S. Environmental Protection Agency, is the first large-scale effort to restore a wetland in this region by harvesting invasive plants, according to team members. In addition to Cheboygan Marsh, the team is working this summer at several sites in the eastern Upper Peninsula and one in Cleveland.

At Cheboygan Marsh, the goal is to restore the plant, bird and fish diversity lost when the hybrid cattails—a cross between native broad-leaved and non-native narrow-leaved cattails—moved in. Once they gain a foothold, these troublemakers can spread horizontally more than 10 feet each year.

“You can see in the background a vast sea of this hybrid cattail that has taken over the marsh over the past 50 years,” said ecologist Beth Lawrence of DePaul University, who helps coordinate the project’s various research activities. Behind a bright green swath of cattails is the blue of Lake Huron and Bois Blanc Island, just southeast of the Mackinac Bridge.

“When these botanically rich coastal wetlands are invaded by a dominant species like cattail, it can greatly reduce the plant diversity, which in turn affects the bird and fish diversity. You basically get an invasion meltdown,” she said. “But simply cutting the cattails and removing the biomass allows the sun to penetrate and stimulate germination.”

Team member Knute Nadelhoffer, director of the U-M Biological Station, said the cattail project is a great example of how insights gained through station-based field studies are applied to real-world problems. 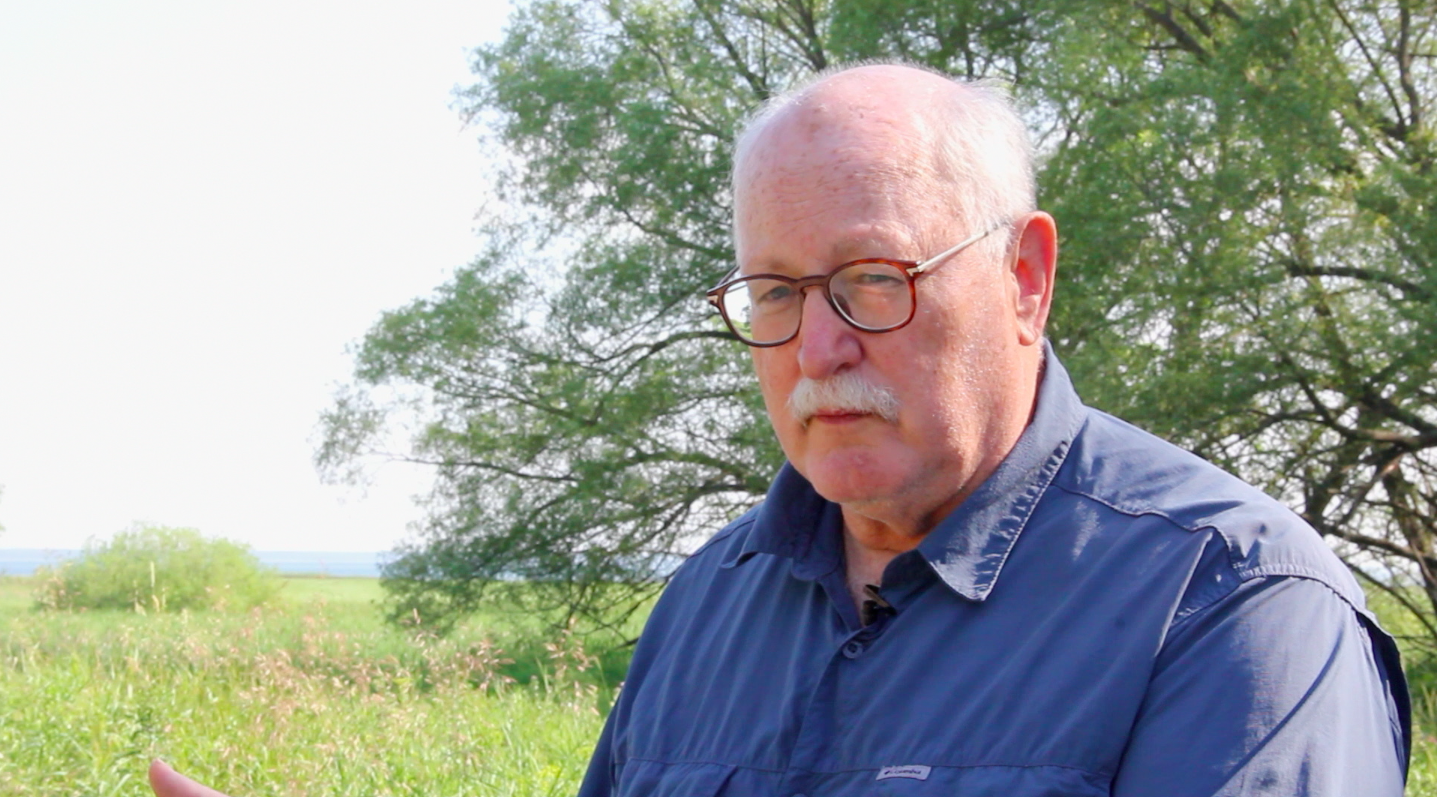 Knute Nadelhoffer, director of the University of Michigan Biological Station in Pellston. Image credit: Levi Stroud“At the Biostation we are very outward-looking, and we’re constantly striving to understand the world we all share and to use that knowledge for the public’s benefit,” said Nadelhoffer, who is also a professor of ecology and evolutionary biology. “That’s a big part of our mission.”

The station owns 14 square miles of forests, wetlands and lakeshore in the northern Lower Peninsula and an additional four square miles in the eastern Upper Peninsula. Each summer, university researchers and students from across the country conduct research projects there.

The project at Cheboygan Marsh, which is owned by the city of Cheboygan, includes an investigation of options for using the tons of vegetation removed by the large-treaded tractor. The team is testing an onsite pelletizing machine that grinds the plant waste and compresses it into small cylindrical pellets that can be burned in stoves to heat northern Michigan homes.

The team is also investigating the possibility of combining the plant material with cow manure to create compost to spread on local farm fields. Another possibility is allowing the plants to decompose in a device called an anaerobic digester, then collecting the methane gas that is released and burning it to create electricity.

“There is more plant material growing out there, per acre, than in an Iowa cornfield,” said team member Brendan Carson, a 2008 U-M graduate who is now a research associate at Loyola University Chicago.

“So we are left with the question of what we’re going to do with all the plant material we’re taking off,” he said. “If farmers use some of it for compost and as a field amendment, they could increase the nutrient level and the organic-matter content of the soils in this region, which tend to be sandy.”