Hate speech in social media: How platforms can do better

With all of the resources, power and influence they possess, social media platforms could and should do more to detect hate speech, says a University of Michigan researcher. 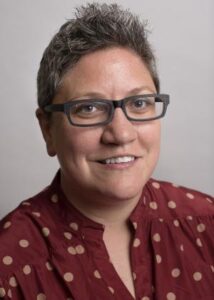 In a report from the Anti-Defamation League, Libby Hemphill, an associate research professor at U-M’s Institute for Social Research and an ADL Belfer Fellow, explores social media platforms’ shortcomings when it comes to white supremacist speech and how it differs from general or nonextremist speech, and recommends ways to improve automated hate speech identification methods.

“We also sought to determine whether and how white supremacists adapt their speech to avoid detection,” said Hemphill, who is also a professor at U-M’s School of Information. “We found that platforms often miss discussions of conspiracy theories about white genocide and Jewish power and malicious grievances against Jews and people of color. Platforms also let decorous but defamatory speech persist.”

How platforms can do better

White supremacist speech is readily detectable, Hemphill says, detailing the ways it is distinguishable from commonplace speech in social media, including:

“Given the identifiable linguistic markers and consistency across platforms, social media companies should be able to recognize white supremacist speech and distinguish it from general, nontoxic speech,” Hemphill said.

What should happen next?

The report recommends that social media platforms: 1) enforce their own rules; 2) use data from extremist sites to create detection models; 3) look for specific linguistic markers; 4) deemphasize profanity in toxicity detection; and 5) train moderators and algorithms to recognize that white supremacists’ conversations are dangerous and hateful.

“Social media platforms can enable social support, political dialogue and productive collective action. But the companies behind them have civic responsibilities to combat abuse and prevent hateful users and groups from harming others,” Hemphill said. “We hope these findings and recommendations help platforms fulfill these responsibilities now and in the future.”