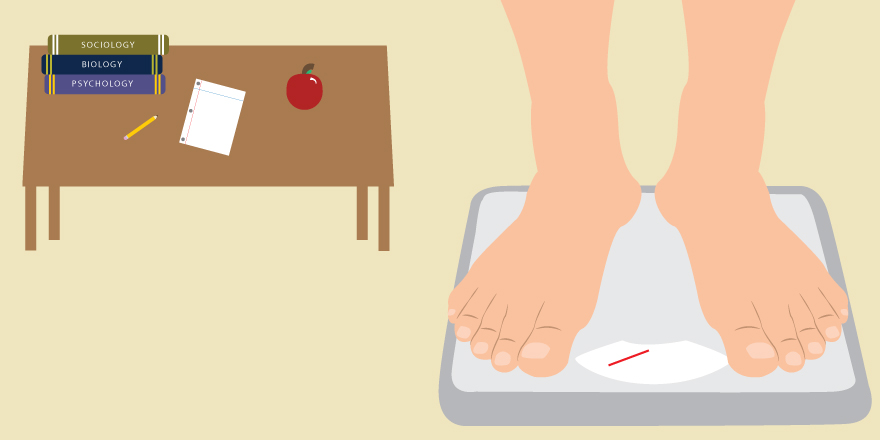 ANN ARBOR—Research shows that optimists and happy people are healthier overall, enjoying lower blood pressure and less depression and anxiety, among other measures.

However, data on the effect of weight and Body Mass Index on physical and mental health are rare—especially among college students, who suffer high rates of anxiety and depression and often neglect physical self-care and exercise.

To that end, researchers from the University of Michigan and Fudan University in China set out to learn the extent to which BMI and positive outlook affect the physical and mental health of college students in China’s Fudan University.

They found that a positive outlook and BMI both contributed significantly to good health, said Weiyun Chen, associate professor of health and fitness at the U-M School of Kinesiology.

Chen said that taken together, the four psychological variables and BMI accounted for 41 percent of the total variance in health. Individually, subjective happiness had the most significant impact, followed by hope, and then BMI.

In light of the intense academic pressure Chinese college students face, especially at elite institutions like Fudan, Chen said she was surprised by how many students rated themselves happy and healthy. This could point to China’s emphasis on well-being in schools.

“They have structured, organized physical educations classes,” Chen said. “It’s not just fitness, it’s a variety of things so you can meet different people’s needs. They realized that emphasizing only academics isn’t good for overall health, and that they needed to emphasize the wellness part.”

These numbers might look different for college students in the U.S., where two of three adults are overweight or obese, and 17 percent of youth ages 2-19 are considered obese, according to the CDC.

By contrast, 714 Fudan students, or 77.2 percent, were classified as normal body weight, while only 83 students were overweight, and just 5 students were obese, with 123 students considered underweight.

“Over the past 20 years, the United States has shrunk physical education in elementary school and in college,” Chen said. “In China, especially in the past decade, they have started to emphasize physical education, and they are taking a holistic, whole person approach.”

Chen said the findings suggest that universities should creatively design wellness programs and centers that dynamically integrate body, mind and spirit into a seamless unit.

The study has several limitations: all students were recruited from one university, and the results cannot be generalized; the research design prevented establishing causal effects; and the study did not account for gender differences.

The study, “Association of positive psychological well-being and BMI with physical and mental health among college students,” appears in Biomedical Journal of Scientific and Technical Research. It was funded by the LSA Center for Chinese Studies at U-M.