How the brain’s daily clock controls mood: A new project 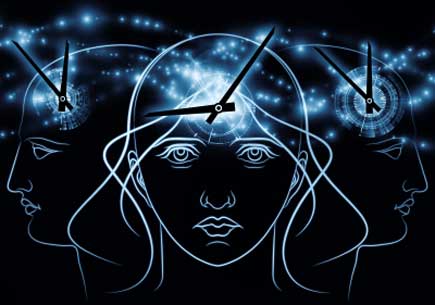 ANN ARBOR—A math professor at the University of Michigan will lead an international, $1 million project examining the links between bipolar disorder and abnormalities in the circadian, or daily, rhythms of a mammal’s internal clock.

In humans, this grain-of-rice-sized timepiece is a cluster of 20,000 neurons right behind the eyes. It’s called the suprachiasmatic nucleus (SCN) of the brain’s hypothalamus, and it is responsible for keeping our bodies in synch with our planet’s 24-hour day.

Scientists believe it’s off kilter in patients with bipolar disorder. Some of the genes implicated in the disease are the same ones that regulate the biological clock. The common treatment drug lithium is known to change the period of that clock, and when manic patients are forced to stay on a 24-hour schedule, many experience a reprieve from the episode, said principal investigator Daniel Forger, an associate professor in the U-M Department of Mathematics.

Exactly how the brain’s clock controls mood remains a mystery, though. This new project aims to change that through complex mathematical modeling and experiments involving mice.

“We’re going to continuously monitor the state of the animals’ internal clock. We’ll watch it tick, use mathematics to understand its function and test how it controls mood,” Forger said.

The researchers will examine the brains of depressed and normal mice and look for abnormal electrical activity. The researchers aim to determine what state of the clock region corresponds with different moods in the animals.

“We’re going to learn an awful lot about the circadian clock, which could also, in addition to depression, play a role in Alzheimer’s, cancer and heart attacks,” Forger said.

Also involved in this project are Toru Takumi, a professor in the Laboratory of Integrative Bioscience at Hiroshima University in Japan, and Hugh Piggins, a professor of life sciences at the University of Manchester in England. The project is funded by a competitive international Human Frontier Science Program Grant, which supports basic life science research with funding from 13 countries and the European Union.