‘I Wish to Say’: Artist Sheryl Oring invites community to write letters to the future POTUS 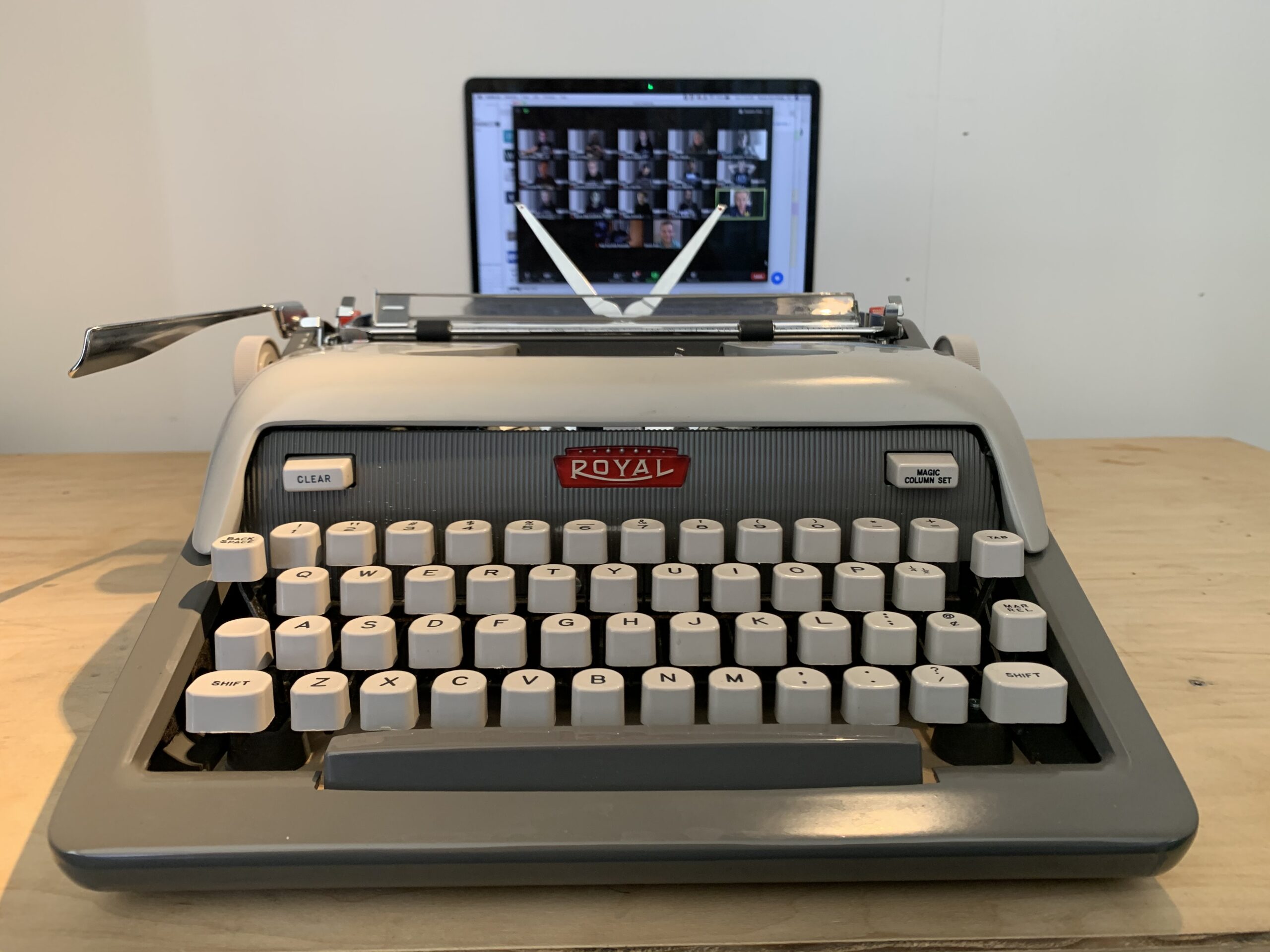 Voting is an American rite of passage, and this year, many college students will be voting in their first presidential election.

While it is clear that many students are eager to have their voices heard at the ballot box, many have recently taken part in a virtual performance during September and October where they can more intimately share their hopes and dreams for the future. 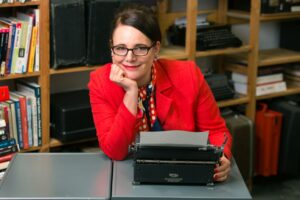 Sheryl Oring is the artist behind “I Wish to Say”, a virtual performance where community members write letters to the future POTUS.

An ongoing project by Detroit-based artist Sheryl Oring has been capturing the feelings of these first-time voters and others as part of her project titled “I Wish to Say.” Oring has completed more than 100 iterations of the performance-based letter-writing campaign that invites community members to dictate messages to the “future” president of the United States.

Oring, who is also chair of art and art history at Wayne State University, has been documenting people’s messages to the president since 2004. From Oakland, California, to New York City, she designed a national tour where performers, dressed in bright retro dresses and matching heels, recorded the words of passersby onto postcards via vintage typewriters. Since then, more than 4,000 of them have been sent to the White House, with messages to Presidents George W. Bush, Barack Obama and Donald Trump.

“I’m trying to activate democracy through art,” Oring said. “And, it’s about talking to people on an individual basis—and well, actually listening to people.”

In the spirit of 2020, the collaborative performances went virtual for the first time. Instead of the public, happenstance nature of previous years, community members signed up to meet with student typists over Zoom to record their responses. 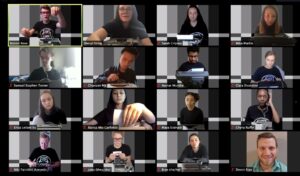 Students from the University of Michigan and Wayne State University participate as typists in Sheryl Oring’s project.

In a one-on-one breakout room, participants dictate a letter to the unknown future U.S. president, while students from U-M and WSU listen from across the screen, tapping away on Oring’s signature typewriters.

Before mailing the postcards to the White House, they will be collected and presented as part of an upcoming exhibition, curated by Stamps Gallery director Srimoyee Mitra.

“This project exemplifies the role of an artist—Sheryl offers a respectful and inclusive forum to listen, record and amplify the voices of everyday people from diverse backgrounds,” Mitra said. “Most importantly, ‘I Wish to Say’ builds empathy and mutual respect between the typist and participant, mirroring the relationship that politicians should have with the general public.”

Oring’s 2020 “I Wish to Say” iteration creates a stark juxtaposition of analog and digital communication. One typist, Mika Martin, had never seen, much less used, a typewriter before participating in a virtual performance. The retro elements are part of Oring’s design.

“There is something about typewriters that encourage curiosity,” said Oring, also a former journalist who used to use them for work. “To me, typewriters are a novelty—they get people intrigued and willing to express themselves more openly.” 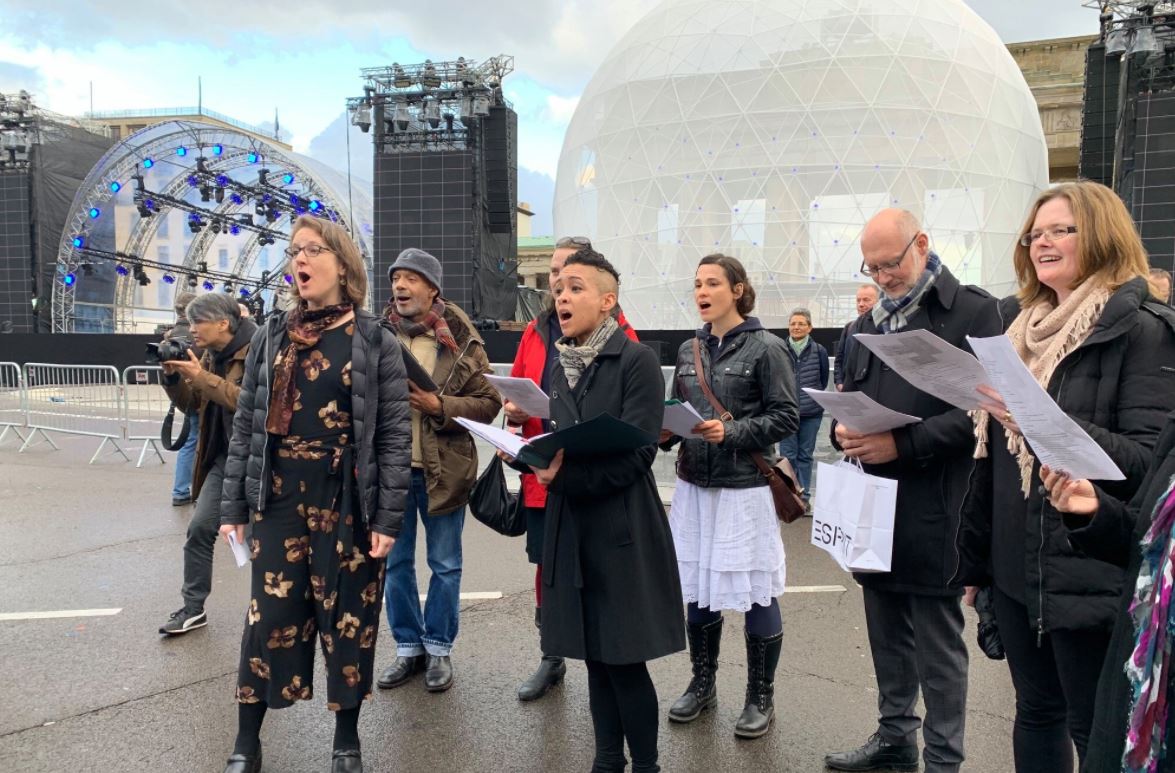 Selected messages from “I Wish to Say” have been incorporated into “Voters Broadcast”, a musical performance composed by Lisa Bielawa.

As a U-M junior studying musical theater at the U-M School of Music, Theatre & Dance, Martin has enjoyed being a part of an art performance that elevates everyday voices during the presidential election. She says that despite other ways to communicate, like social media, there’s something about the retro setup of “I Wish to Say” that causes people to slow down—and not just to give her time to reset her typewriter.

“I think people are looking for a platform where they can reflect,” she said. “Sometimes, with other media, there are so many voices that you forget about your own. We think it’s important to acknowledge that and give people an opportunity to speak.”

Martin says that the student typists were given about a month to learn how to use the typewriter before starting the performances. Ironically though, the difficulties didn’t always stem from the ’60s-era machines. Hosting a performance over Zoom challenges the typists to connect with strangers over a video screen.

“Obviously in a normal year, the one-on-one interaction is a lot easier in person. With Zoom, the feeling of hospitality is difficult to create and convey,” Martin said. “At the end of the day, we want people to feel comfortable voicing their thoughts to the President.”

Over the years, Oring has watched the messages change, reflecting the nation’s most pressing challenges of the moment. This year, she’s noticed students are particularly concerned with racial justice, college affordability and pandemic-related issues. Yet, despite the tumultuous year, Oring says she notices a lot of hope.

“People are very passionate—the messages I see are very much, ‘2020 has been a crazy year and I hope our next president steps up to the plate.’ People are voting because they want to create change.”

As part of the project, Oring collaborated with composer and vocalist Lisa Bielawa to incorporate the responses into a series of musical works, titled “Voter’s Broadcast.” Directed and composed by Bielawa, the 15-minute, broadly participatory musical performance was released in three parts and incorporates choral ensembles from U-M and WSU.

Though there are many different threads throughout Oring’s work, she hopes one thing resonates.

“The premise for this project has always been the same—we’re giving people a chance to express themselves,” she said. “There aren’t enough people being heard, and I hope that we’ve given a platform to some of these people, including first-time voters and college students.”

Community members can still register for a final “I Wish to Say” session with a student typist on Nov. 1, 1-3 p.m. An exhibition featuring the work will be on view at the Stamps Gallery in 2021.