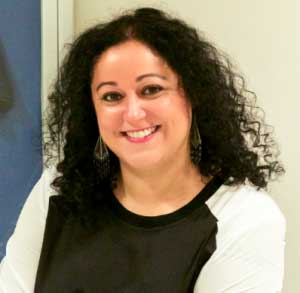 Evelyn AlsultanyIn response to anti-Muslim racism, a group of interdisciplinary scholars across the country have come together to create the #IslamophobiaIsRacism syllabus to provide resources for teaching and learning.

The University of Michigan’s Evelyn Alsultany is one of the professors who worked on the syllabus. She teaches courses on Islamophobia, racism and 9/11, and is director of Arab and Muslim American Studies, author of “Arabs and Muslims in the Media” and organizer of the Islamophobia Working Group at U-M.

Q: How did the scholars contribute to this? What are some of the key features of the syllabus?

Alsultany: We are a group of 10 scholars from across the country that collaborated on this online syllabus. Lara Deeb, who is a professor at Scripps College, contacted us in November 2016 to begin organizing this project. Our main intervention to the conversation about Islamophobia is that it needs to be understood as a form of racism. Therefore, we refer to the syllabus as the #IslamophobiaIsRacism syllabus.

Conversations about Islamophobia often involve understanding it as ‘phobia’—an irrational fear of Muslims. The assumption is that learning more about Islam will cure an individual’s phobia. We are seeking to challenge this approach. When it is understood as anti-Muslim racism, we can shift away from the individual and see how it is connected to a longer history of exclusion of marginalized groups.

Q: Why is the #IslamophobiaIsRacism syllabus so important at this time?

Alsultany: Anti-Muslim racism is a national and, increasingly, a global problem with no end in sight. We believe that challenging it requires understanding the phenomenon itself. We were inspired by other online syllabi that responded to contemporary crises, such as #FergusonSyllabus, the #StandingRockSyllabus and others.

These syllabi offer important resources and frameworks for educators and for those interested in developing an analysis of the injustice that surrounds us. Like these other syllabi, this one takes a social justice approach—it is concerned with how to create a more just and equal world.

Q: How do you envision it being used/embedded in different courses across disciplines?

Alsultany: We are hoping that educators who want to incorporate discussion about Islamophobia in their classes will find the resources they need on this syllabus. The syllabus is not all-encompassing in the sense that there is so much important work on the topic that we were not able to include in the syllabus. So we hope that this will serve as a starting point both for educators and others who want to better understand this phenomenon.