ANN ARBOR—The Israeli-Palestinian conflict, which spans many decades, has left numerous youths who see the violence around them struggling with their own behavior and mental health outcomes.

A new University of Michigan study shows that as a result of their persistent exposure to ethnic-political violence, Israeli and Palestinian children become more violent and aggressive toward peers in their own ethnic group as they become young adults. 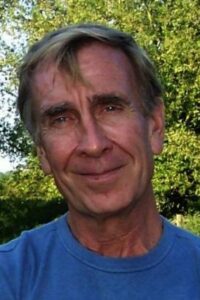 “This is exactly what we predicted on the basis of observational learning (imitation) theory,” said study co-author L. Rowell Huesmann, research professor at the Institute for Social Research and the Amos N. Tversky Collegiate Professor of Communication Studies and Psychology.

Researchers from six universities and institutions followed more than 1,000 Palestinian Arabs and Israeli Jews for seven years to determine how the exposure to violence affected them during childhood and early adolescence.

Previous analyses of the 2008-2010 data had shown that both the Palestinian children and the Israeli children frequently saw very violent physical acts. Now, the researchers found that those children who had seen more violence behave more seriously violently as older adolescents and young adults, including choking, punching, beating and threatening their peers with weapons or actually using weapons.

Those who saw significantly more violence were nearly four times more likely to engage in one of these violent behaviors.

The study also expanded previous work on the effects of violence exposure with two findings about the willingness to engage in, and actual engagement in, politically violent behavior.

About 22 percent of Palestinian Arabs and 15 percent of Israeli Jews had participated in at least one violent political demonstration in the past year, and about one-third of both groups indicated they were “somewhat likely” to participate in this type of demonstration, the study showed.

In this paper, we show that exposure to ethnic-political violence during childhood and early adolescence predicts serious aggression/violence and serious antisocial behavioral outcomes four years later.

Furthermore, “participation” and “willingness to participate” were significantly related to both past and concurrent exposure to ethnic-political violence. In particular, those who had seen significantly more violence in their childhood were 2.68 times more likely to participate in a violent demonstration in 2014-2015.

The study appears in the journal Aggressive Behavior.