Like humans, chimps prioritize positive relationships as they age 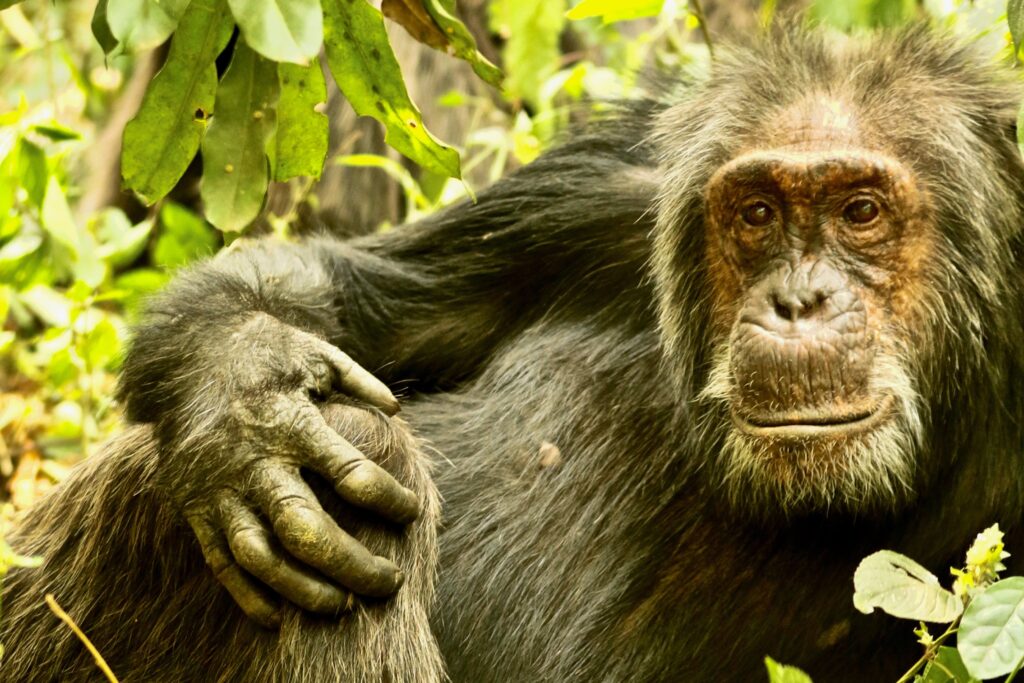 But these social aging behaviors are also found in wild chimpanzees, who seek interactions with other group members in increasingly positive ways as they get older, according to a new study published in Science Oct. 23.

The work—led by researchers at the University of Michigan, Tufts University, Harvard University and the University of New Mexico—uses data from the Kanyawara chimpanzee community living in Kibale National Park in Uganda. The animals have been studied for decades by the Kibale Chimpanzee Project, and researchers used this long-term dataset to test socioemotional selectivity theory. 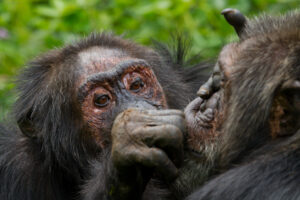 The theory proposes that people shift their social behavior from a focus on forming new friends in young adulthood, to maintaining a smaller network of close, fulfilling relationships in old age.

“The proposal is that this shift happens because of our human ability to monitor our own personal time horizons—how much time we have left in our life—which causes us to prioritize emotionally fulfilling relationships when time is perceived to be running out,” said Alexandra Rosati, U-M professor of psychology and anthropology and the study’s lead author.

Rosati and colleagues discovered that aging male chimpanzees have more mutual and equitable friendships characterized by high, equitable investment. Younger adult chimpanzees, in contrast, are more likely to form lopsided relationships where their partner does not reciprocate.

Older males are more likely to be alone, but also interact more with important social partners when they join the group. Males also showed a relative shift from more agonistic interactions to more positive, affiliative interactions over the lifespan, the researchers say.

“These results show that chimpanzees share these special social aging patterns with humans, even though they do not have the same rich future time perspective and knowledge of their own mortality that we have,” said Zarin Machanda, professor of anthropology and biology at Tufts University and the study’s co-lead author. 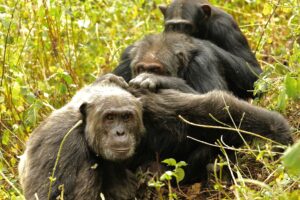 The shared pattern between chimpanzees and humans could represent an adaptive response where older adults focus on important social relationships that provide benefits, and avoid interactions that have negative consequences as they lose competitive fighting ability, she said.

The research highlights how long-term behavioral datasets from wild animals like chimpanzees can help us understand and promote healthy aging in humans, Rosati said.