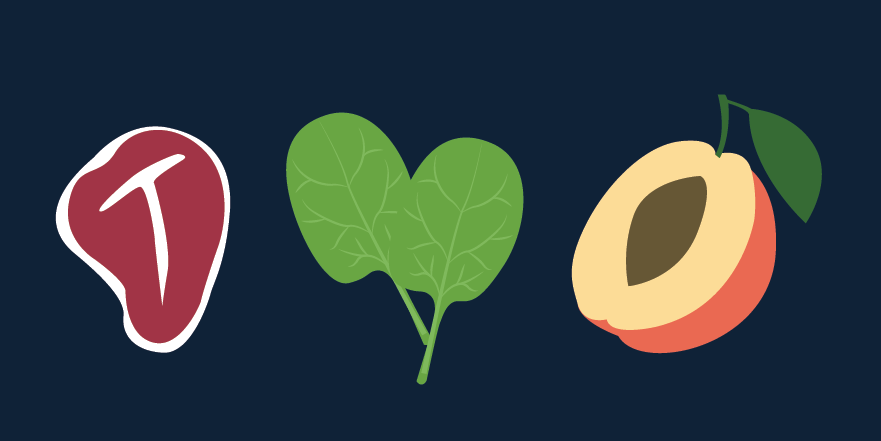 ANN ARBOR—Significant iron deficiency and low blood levels of vitamin B12 in boys around age 8 are associated with behavior problems when they get to middle school, according to new research from Bogotá, Colombia, led by the University of Michigan School of Public Health.

These problems exhibit as both internalizing behaviors, such as anxiety and depression, and externalizing actions, including being aggressive and breaking rules.

“Iron deficiency is still highly prevalent in many regions worldwide,” said Eduardo Villamor, professor of epidemiology at the U-M School of Public Health and senior author of the study appearing in the Journal of Nutrition. “There is less data on vitamin B12 deficiency but available evidence also suggests it may be a substantial public health problem in certain populations.”

Villamor and colleagues conducted the study among low- and middle-income children ages 5-12 included in the Bogotá School Children Cohort, a longitudinal investigation of nutrition and health that has involved 3,200 children in the Colombian capital.

The researchers studied this group previously and found a number of health problems associated with micronutrient deficiencies. These deficiencies result from diets that lack micronutrient-rich foods, including animal sources that contain good amounts of vitamin B12 and iron.

In addition to taking blood samples to measure micronutrients, the team conducted an in-person follow-up assessment with about one-third of the study participants after 6 years, using the Youth Self Report standardized protocol designed to assess the emotional and behavioral problems in adolescents.

Villamor said the concern in Colombia could be relevant for populations with similar characteristics, and solutions may not always be complicated.

“Interventions to curb these deficiencies must be informed by knowledge of their causes in each specific setting,” he said. “In our study population, for example, we showed before that a school snack program increased vitamin B12 blood levels after three months.”

Previous research on infants has shown a link between iron deficiency and lower positive affect, or a child’s alertness, ability to self-sooth and self-regulation. These problems may evolve through middle childhood and show up as behavioral concerns in adolescence and lower-self-rated mental health in adulthood. However, no known research had studied the effects on these issues of micronutrient deficiencies in older children.

“Some parts of the brain develop throughout childhood,” Villamor said, explaining that structural changes in the basal ganglia, hippocampus, amygdala and prefrontal cortex of the brain may be involved in the development of behavior problems as these brain regions respond to environmental conditions at different life stages.

The researchers found no associations among girls.

“We don’t have a clear explanation of why there were sex differences, although we knew it was important to study boys and girls separately because they may differ in the timing of development,” Villamor said. “Studies in rats have found that some micronutrient deficiencies affect male and female brains differently but it is not clear exactly why this may also be the case in humans.”

In addition to Villamor, other U-M researchers included first author Sonia Robinson of the School of Public Health and Blair Richards and Betsy Lozoff of Michigan Medicine. Other authors were from the University of La Sabana and the Foundation for Research in Nutrition and Health in Colombia. The study was sponsored by the ASISA Research Fund at the University of Michigan.