Many poor pregnant women with HIV go untreated for depression 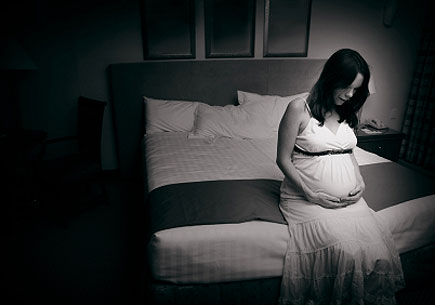 ANN ARBOR—It seems logical that programs to screen and manage depression in pregnant, HIV-positive Medicaid patients should already be in place, but they aren’t.

It’s the kind of glaring oversight that Rajesh Balkrishnan, associate professor at the University of Michigan College of Pharmacy, said he finds all the time in his research on health disparities. Balkrishnan also has an appointment in the School of Public Health.

“We find that many of these things are such common sense that they should already be in place and being done,” said Balkrishnan. “Yet, time and again, we find nothing is being done, though these problems exist.”

In a recent paper, Balkrishnan and co-authors found that roughly 28 percent of the low-income, HIV-positive pregnant women reported depression. The numbers could be much higher because the study only captured the women who were being treated for depression.

Previous studies have shown that African-American women are less likely to seek treatment or report depressive symptoms in the first place; are more likely to report physician stereotyping and sometimes a general mistrust of physicians and the medical community; and do not receive the same quality of care as white women.

This means if they do report depression, they may not be taken seriously or receive the best treatments, Balkrishnan said. Physicians also have reported feeling undertrained to communicate with African-American and nonwhite women about depression.

“Because African-American women are less likely to seek treatment for their depression, it makes it even more of an issue,” Balkrishnan said. “Basically, the takeaway is that depression is very common in this very vulnerable population. I think we need to make sure depression is screened and treated in this population.”

Left untreated, depression can lead to suicide or substance abuse that could harm the mother or the fetus, or both.

The paper, “Racial Differences in Perinatal Depression among HIV-Infected Women,” appears online in the journal Health Outcomes Research in Medicine.