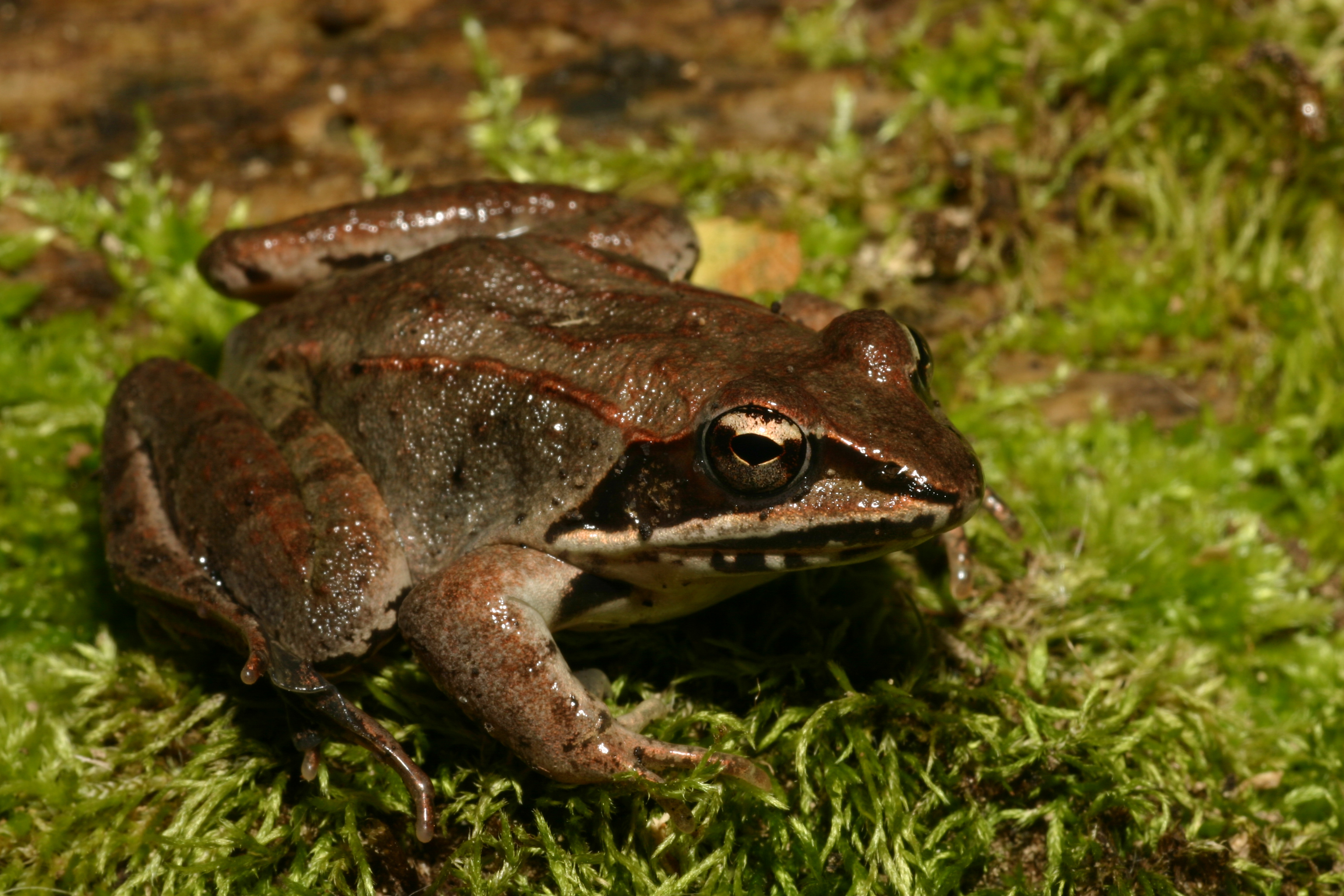 Michael Benard, assistant professor of biology at Case Western Reserve University and formerly a Michigan Fellow at the U-M Department of Ecology and Evolutionary Biology, also found that frogs produce more eggs during winters with more rain and snow.

As the world warms, scientists have documented that many species are breeding earlier. But few field studies have evaluated the extent to which breeding early affects the growth, development and survival of individuals, according to Benard, the author of a paper on the topic published online today in Global Change Biology.

The study of the links between climate and the timing of biological events– such as bird migration, plant flowering or the breeding of wood frogs—is called phenology. 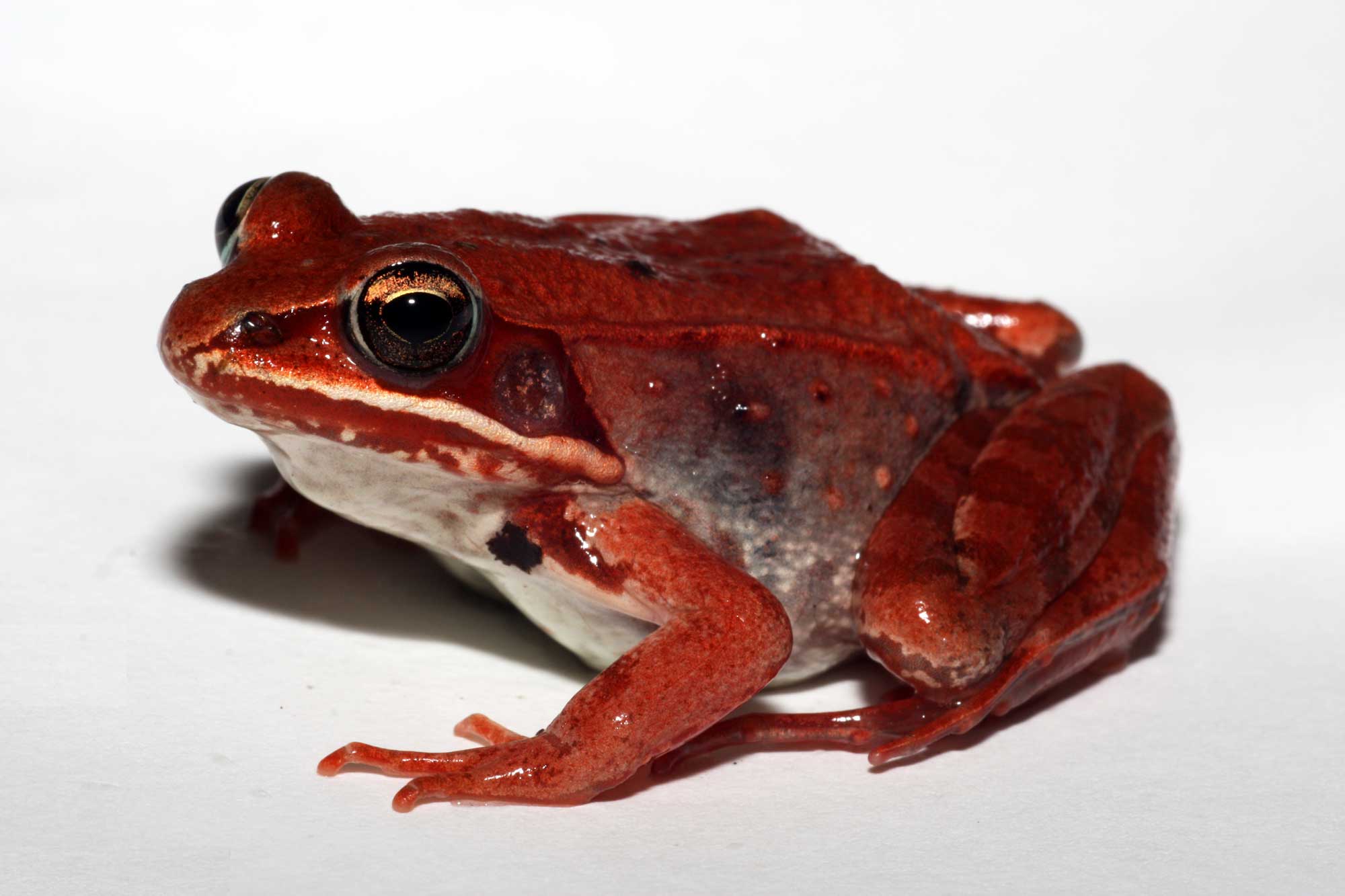 Female wood frog at U-M’s E.S. George Reserve. Image credit: Michael Benard“Amphibians are one group for which it is important to understand the impacts of phenological shifts. They are declining globally, and climate change is predicted to be an increasingly important threat to amphibians in the coming years,” said Benard, who began his wood frog study at six ponds in U-M’s E.S. George Reserve, a 1,300-acre research station in southwestern Livingston County, near Pinckney. The study continues in northeast Ohio.

Benard found that when wood frogs breed early, their offspring have delayed development but still metamorphose earlier in the year. He identified the broad patterns by examining and tracking important life events of more than 50,000 juvenile and hundreds of adult wood frogs over seven years and comparing the data to winter weather records. Temperatures were recorded at a nearby weather station.

Wood frogs, found from Alabama to Alaska, literally must thaw out from winter. Biologists believe they breed after temperatures and precipitation reach a certain threshold over a number of days. But the exact formula is unknown. During breeding, each female lays all of her eggs in one mass, called a clutch, which makes egg counting possible.

After analyzing data collected from 2006 to 2012, Benard found that for every degree Celsius increase in average daily maximum winter temperature:

“The decrease in eggs per clutch is likely due to increased energy consumption by the females during warmer winters,” Benard said.

The frogs produce a kind of antifreeze that prevents their cells from freezing. But the fluid between cells freezes, and the animals’ heartbeat and breathing halts in subzero temperatures. If frogs stay frozen longer, their metabolism is greatly reduced. 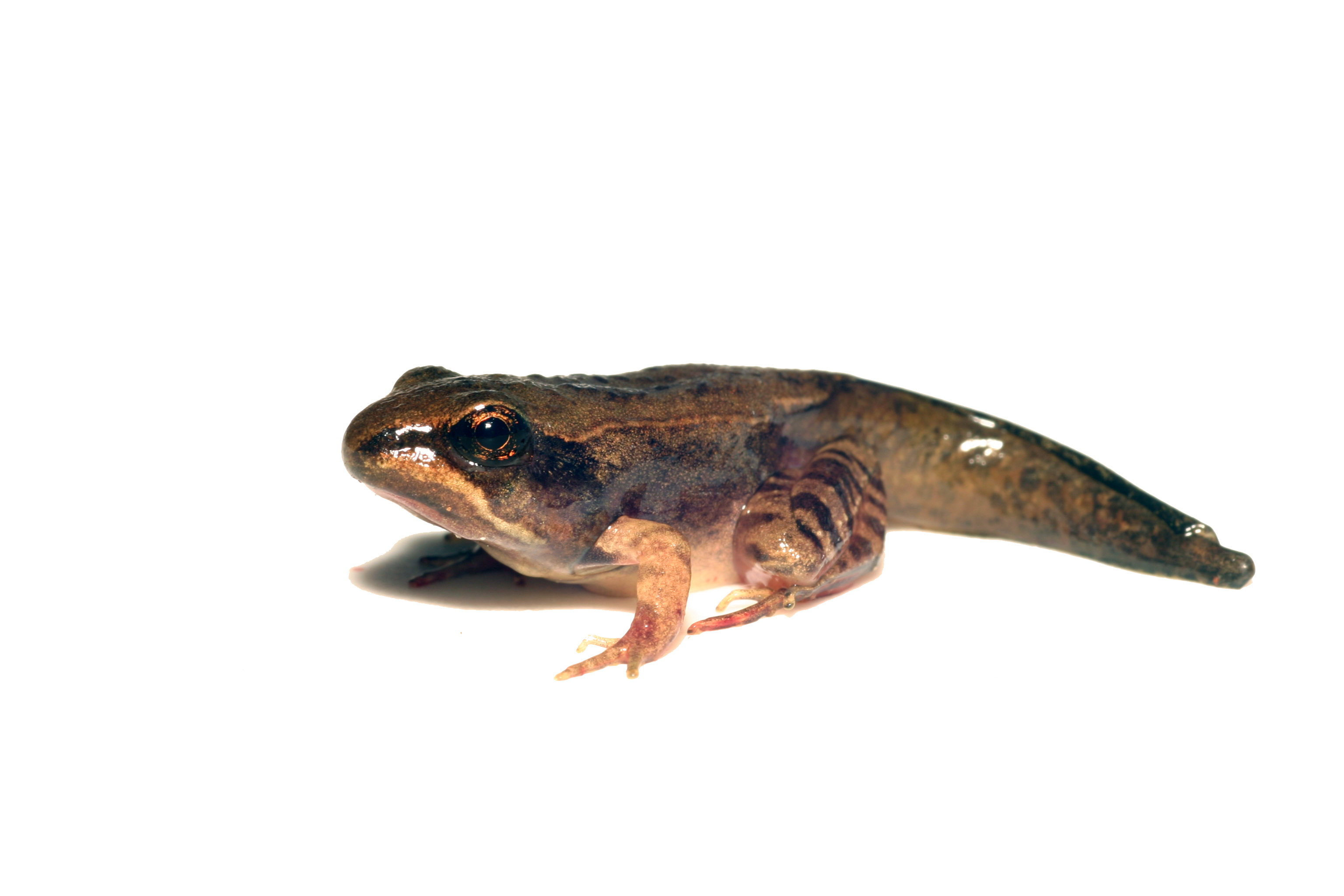 Wood frog partway through metamorphosis from tadpole to juvenile frog. Image credit: Michael BenardBenard also found that more rain and snow appear to have a positive effect on egg production. For every 2.5-centimeter increase in total precipitation, the number of eggs per clutch increased by 2.3 percent, or 16.5 eggs. The reason is uncertain, but with climate change expected to increase rainfall in some regions, the effect could help counter potential losses associated with warming, according to Benard.

In the study, breeding date did not appear to affect tadpole survival or their size at metamorphosis.

But earlier breeding was associated with delayed tadpole development due to a counterintuitive effect of warmer winters on the temperatures that tadpoles experience. It turns out that although earlier breeding is triggered by warmer winters, when breeding occurs earlier, the pond water in which tadpoles develop is colder than if breeding took place in later spring. Colder water likely slowed the advancement from egg to metamorphosis.

Although tadpole development was slowed, for every two days earlier that breeding took place, metamorphosis was a day earlier.

“Earlier metamorphosis potentially increases survivorship. Other studies have found that, after a longer summer growth period, amphibians were larger come winter and had better chances of surviving the cold, predators and disease. “I’m not sure that’s the case here. That will take more study.”