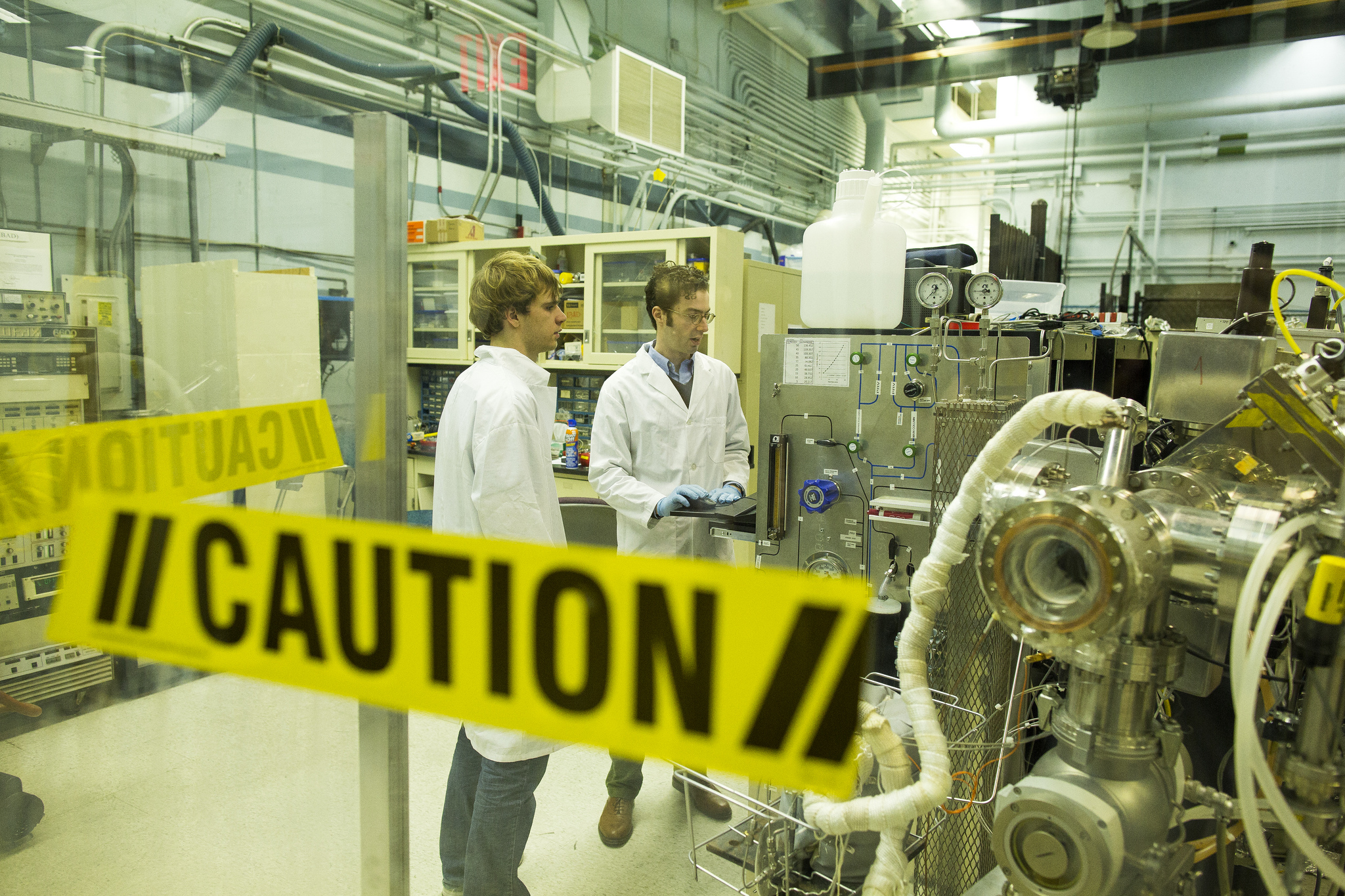 In the Michigan Ion Beam Laboratory at the University of Michigan, researchers will test whether ion beams can replicate the damage nuclear reactor components sustain over decades of use. Image credit: Joseph XuANN ARBOR—A new $5 million grant from the U.S. Department of Energy will enable University of Michigan engineering researchers to advance the understanding of how radiation damages nuclear reactor components.

The work could enable engineers to predict when and how components in nuclear power reactors will wear out, which would help them to keep reactors running safely and efficiently. It could also speed up the testing of tougher new materials for advanced reactor.

The researchers will determine how well damage from ion beams in the laboratory mirrors the actual damage that reactor components sustain during decades of service. An ion beam is a beam of electrically charged atoms, accelerated with electric fields.

“If we’re going to build advanced reactors or operate today’s reactors beyond their license lifetimes, we need to solve some materials problems,” said Gary Was, the Walter J. Weber Jr. Professor of Sustainable Energy, Environmental and Earth Systems Engineering, who heads the project. “France, Britain, Russia, Japan, they all have the same concern—how do materials behave at these very high radiation doses?”

The collaboration comprises national laboratories, industrial partners and universities in the U.S. and overseas, with about $9 million in funding from all sources.

Today, researchers don’t have an efficient way to mimic the radiation damage that current reactor components have sustained or the high damage expected in advanced reactor designs. It would take current test reactors 10 to 20 years to simulate those effects. But ion beams can reach a similar radiation dose in just a few days.

“The benefit is a huge reduction in time and cost that will enable much faster development of materials for nuclear reactors,” Was said.

But is that damage the same?

“That is the million-dollar question,” he said.

The collaboration is counting on a new ‘triple beam’ facility at U-M to provide answers. The sample is held in a chamber that can recreate the temperature conditions inside a reactor and hit with three ion beams.

One beam will bombard the test material with atoms that match its composition, for instance, iron atoms on a steel alloy. This produces most of the structural changes. At the same time, the two other accelerators hit the material with hydrogen and helium, small atoms that are produced inside reactor components. As they accumulate, these atoms can cause bubbles to form inside the material and make it more susceptible to cracking.

Meanwhile, matching samples will be exposed to radiation in an advanced fast reactor in Dimitrovgrad, Russia. By comparing the microscopic structural changes in the beam-damaged and reactor-damaged materials, the collaboration will attempt to identify a method for faithfully reproducing reactor damage with ion beams.