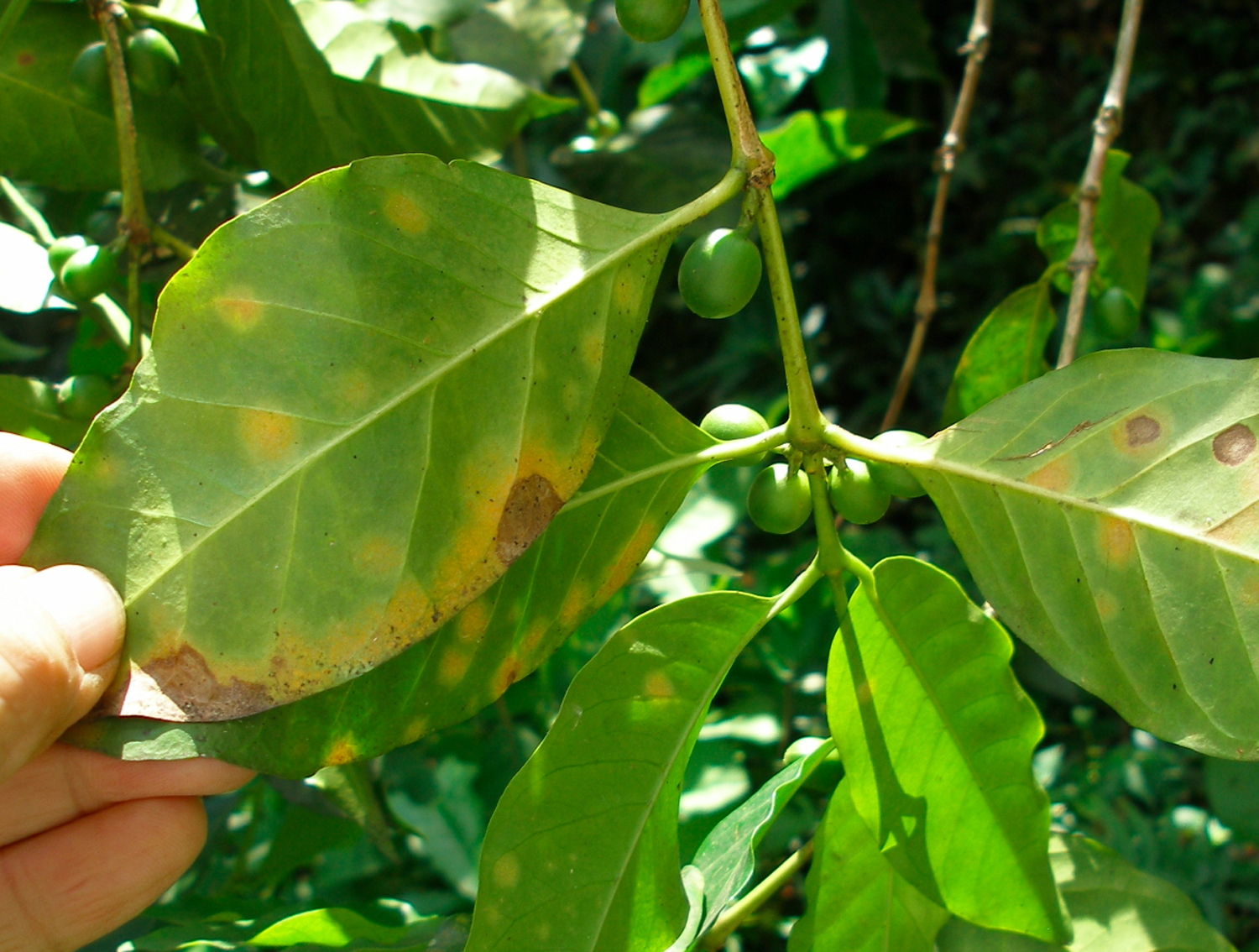 A mild infection of coffee rust on a tree in Mexico. Image credit: John VandermeerANN ARBOR—A shift away from traditional coffee-growing techniques may be increasing the severity of an outbreak of ‘coffee rust’ fungus that has swept through plantations in Central America and Mexico, according to a University of Michigan ecologist who studies the disease.

The current outbreak of coffee rust is the worst seen in Central America and Mexico since the fungal disease arrived in the region more than 40 years ago. Guatemala recently joined Honduras and Costa Rica in declaring national emergencies over the disease.

The Guatemalan president said the outbreak could cut coffee production by 40 percent in his country for the 2013-2014 growing season. Because Central America supplies 14 percent of the world’s coffee, the outbreak could drive up the price of a cup of coffee.

U-M ecologist John Vandermeer has operated research plots at an organic coffee plantation in southern Chiapas, Mexico, for about 15 years. Vandermeer and colleague Ivette Perfecto of the U-M School of Natural Resources and Environment study the complex web of interactions between resident organisms there, including various insects, fungi, birds and bats. 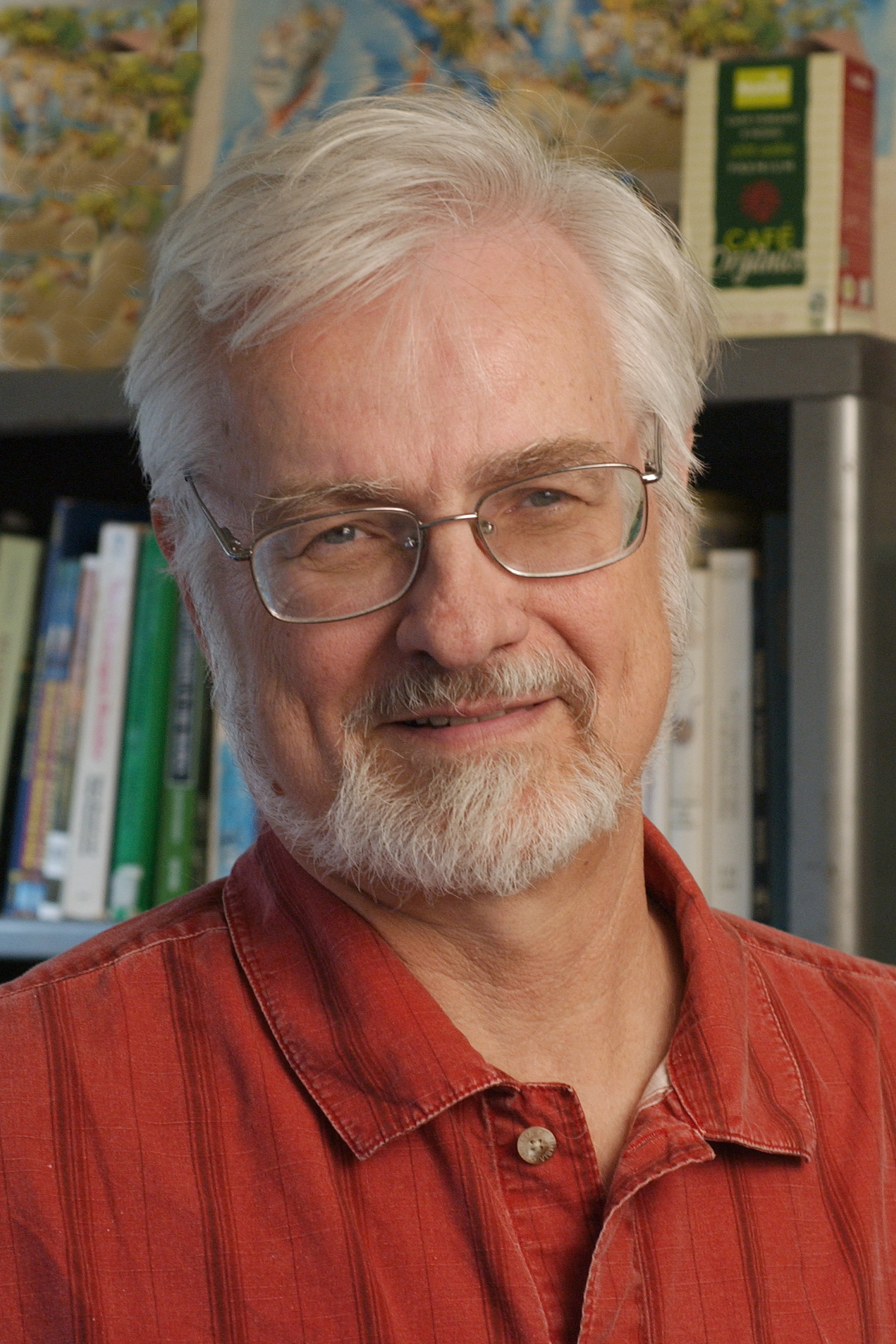 University of Michigan ecologist John Vandermeer. Image credit: David J. Bay“I have personal reports from friends who work in coffee in Colombia, Costa Rica, El Salvador, Guatemala, Nicaragua and Mexico. They all say that it’s the worst explosion of this disease they’ve ever seen,” said Vandermeer, a professor in the Department of Ecology and Evolutionary Biology and at SNRE.

Over the last 20 to 25 years, many Latin American coffee farmers have abandoned traditional shade-growing techniques, in which the plants are grown beneath a diverse canopy of trees. In an effort to increase production, much of the acreage has been converted to “sun coffee,” which involves thinning or removing the canopy and a greater reliance on pesticides and fungicides to keep pests in check.

Vandermeer suspects that the shift to sun coffee may be contributing to the severity of the latest coffee rust outbreak. The move to sun coffee results in a gradual breakdown of the complex ecological web found on shade plantations. One element of that web is the white halo fungus, which attacks insects and also helps keep coffee rust fungus in check.

“What we feel has been happening is that gradually the integrity of this once-complicated ecosystem has been slowly breaking down, which is what happens when you try to grow coffee like corn,” Vandermeer said.

“And this year it seems to have hit a tipping point, where the various things that are antagonistic to the roya in a complex ecosystem have declined to the point where the disease can escape from them and go crazy.”

The big unanswered question is whether the current outbreak is a freak one-time event or the first look at a new normal for the region.

“It could be that this disease is just going to run itself out this year and will then return to previous levels,” he said. “Or it could be that it now becomes a relatively permanent fixture in the region. The path this disease takes will have huge implications for the region’s coffee producers.”

Coffee rust is the most important disease of coffee worldwide. It was first discovered in the vicinity of Lake Victoria in East Africa in 1861 and was later identified and studied in Sri Lanka in 1867, according to the U.S. Department of Agriculture. The disease soon spread to much of southeast Asia and eventually throughout the southern, central and western coffee-growing regions of Africa.

Coffee rust was not known in the Western Hemisphere until 1970, when it was found in Bahia, Brazil. Since 1970, the disease has spread to every coffee-growing country in the world, according to the Coffee Research Institute.

The rust mainly infects coffee leaves, but also young fruit and buds. Coffee rust spores are spread by the wind and the rain from lesions on the underside of leaves.