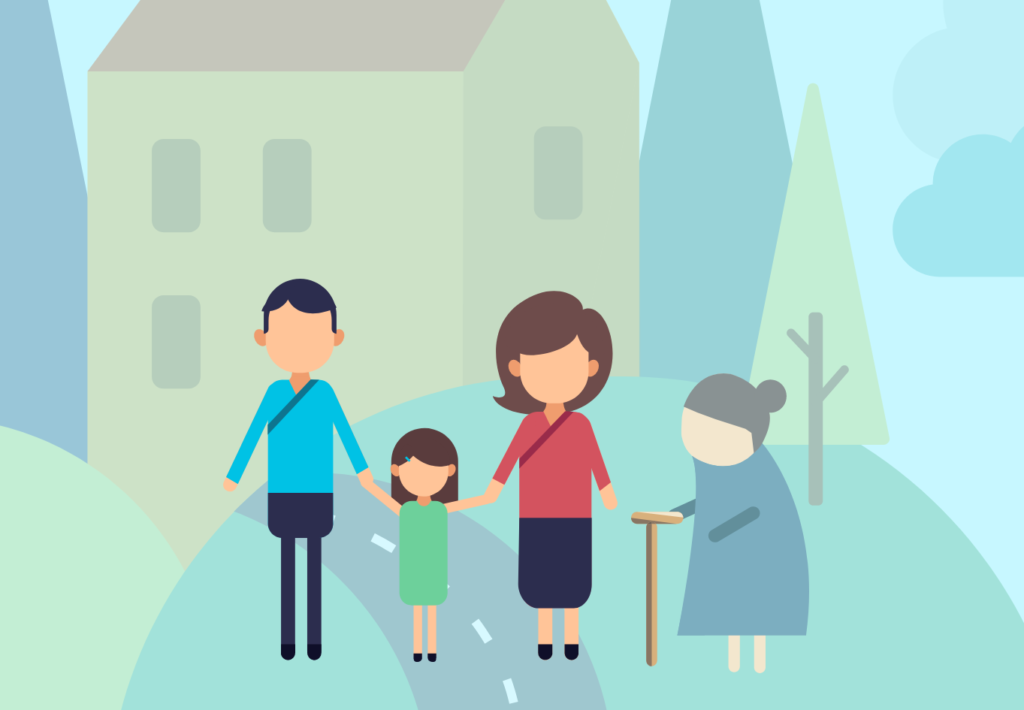 ANN ARBOR—More kids than ever before live with both their parents and grandparents in multigenerational households, according to new research from the University of Michigan.

In 1996, about 5.7 percent of kids, or roughly 4 million, lived in multigenerational families. Twenty years later, the numbers are 9.8 percent, or about 7 million children.

“It’s important to understand family change because research shows strong links between children’s living arrangements, economic well-being and long-term child outcomes,” said Natasha Pilkauskas, assistant professor at U-M’s Ford School of Public Policy and lead author of the study. “We need to know who kids are living with, as the effectiveness of policies and interventions are more likely affected by who is in the household.”

A multigenerational household, also known as a three-generation household, is usually formed when a new child is born, economic resources are scarce, someone has a health need, or because of cultural preferences.

Pilkauskas and colleague Christina Cross, a doctoral student in public policy and sociology, sought to understand which kind of shared living arrangements—where kids are living with additional adults who are not their parents or a parent’s partner—have become more common over time.

According to the researchers, the only type of shared living arrangement that increased over the last 20 years was multigenerational households.

They also looked at the various factors that contributed to the increase in multigenerational households and found that:

Parent’s relationship status was another explanatory factor in the increase in three-generation co-residence, which included a decline in marriage and an increase in single parenthood.

“More work needs to be done to fully understand how policy and population change are contributing to the increase in multigenerational households and whether increasing multigenerational co-residence is a good thing for families,” Pilkauskas said.

The study is forthcoming in Demography. It used data from the 1996-2008 panels of the Survey of Income and Program Participation, as well as the American Community Survey (2009-2016), a nationally representative survey of the U.S. population that samples approximately 3 million households annually and is collected by the U.S. Census Bureau.