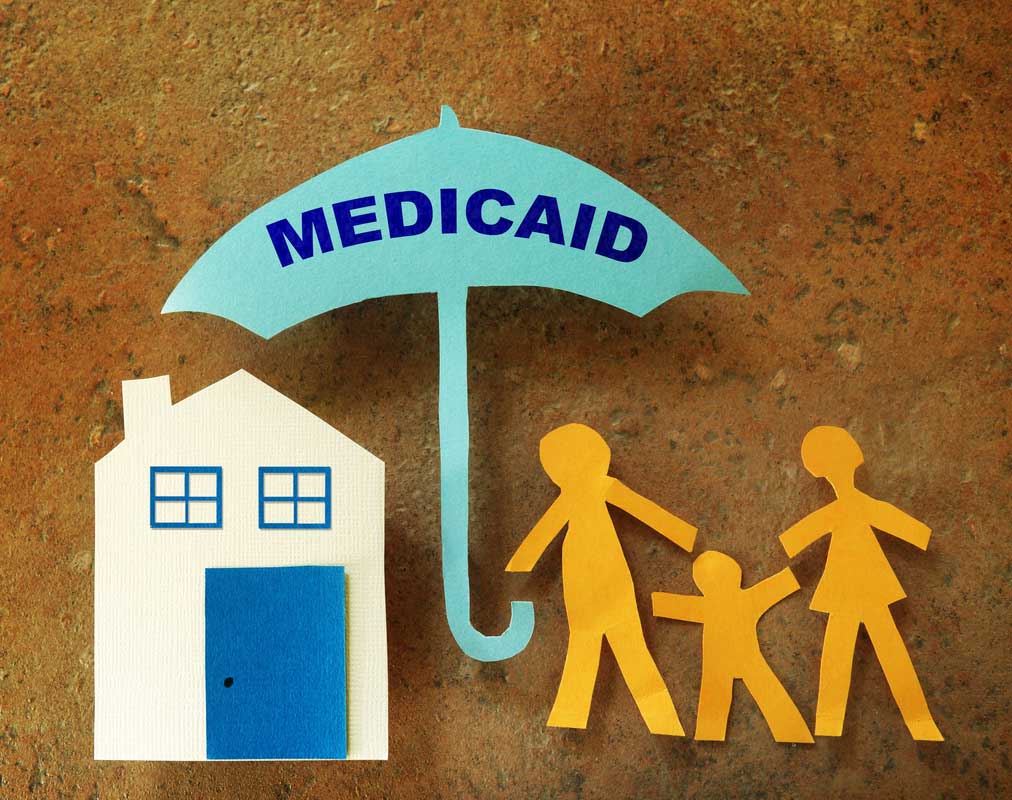 Work requirements proposed in some states would likely only apply to a small group of enrollees, may disrupt care for chronically ill

ANN ARBOR—Nearly half of the people who enrolled in Medicaid after it expanded in Michigan have jobs, and another 11 percent can’t work, likely due to serious physical or mental health conditions, a new University of Michigan study finds.

About 1 in 4 enrollees are out of work but also are much more likely to be in poor health, according to the findings published in JAMA Internal Medicine by a team from the U-M Institute for Healthcare Policy and Innovation.

The findings, from a detailed survey of more than 4,000 people enrolled in Michigan’s program for more than a year, may inform discussions of potential work requirements for the poor and near-poor Americans who qualify for expanded Medicaid in the 31 states and the District of Columbia that offer it and other states that are considering expansion.

Several others are considering doing so, and the current federal administration has signaled a willingness to approve the waivers states need to enact such requirements. Some states have started voluntary work-referral programs for enrollees. 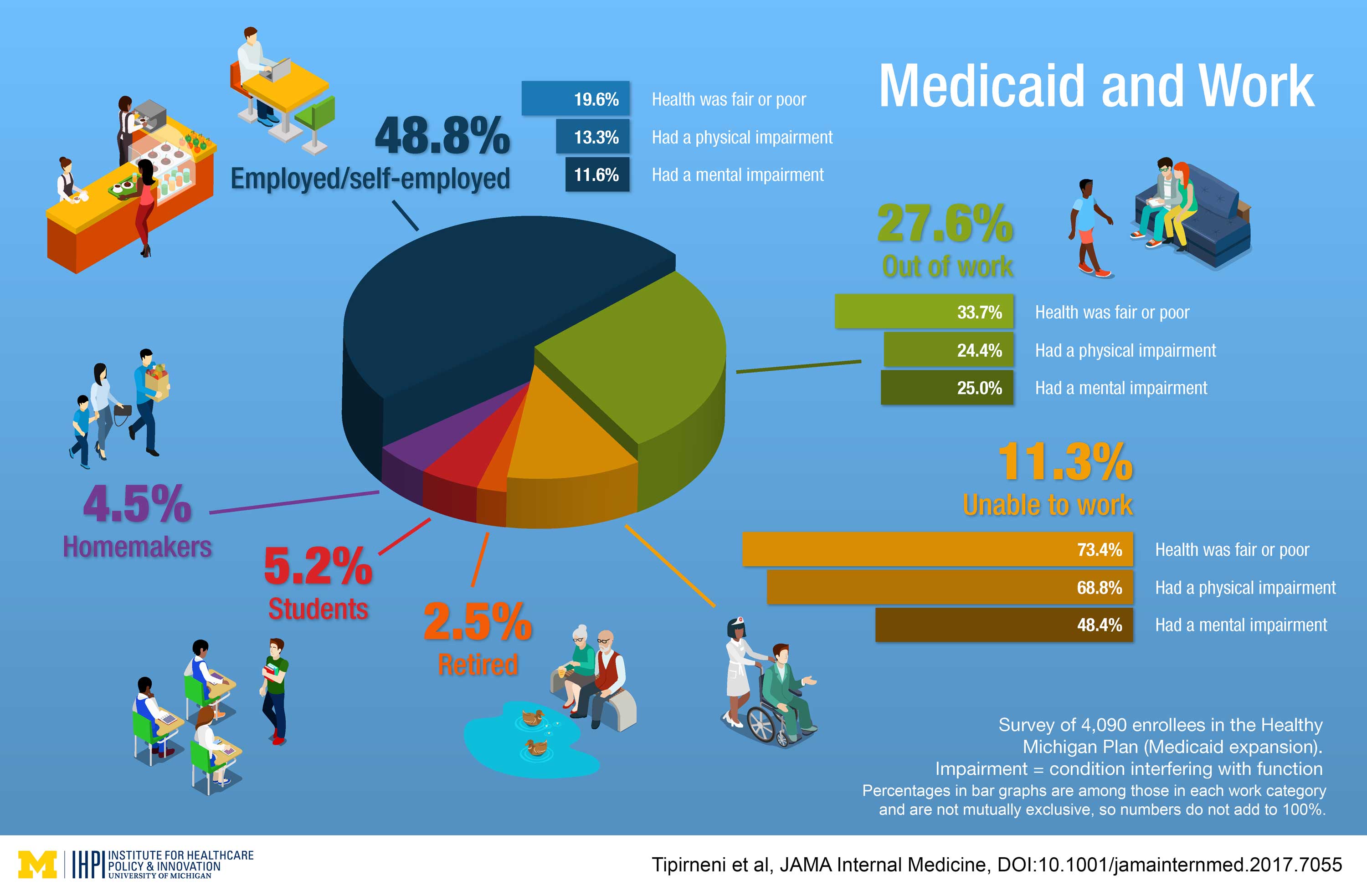 “The question raised by these data for states is ‘Is it worth the cost to screen and track enrollees when only a small minority isn’t working who are potentially able to work?” said Renuka Tipirneni, lead author of the study and a clinical lecturer in general internal medicine at U-M.

“Even if they don’t meet federal disability criteria, our survey shows many of these individuals face significant health challenges. “It’s also important to consider that dropping them from coverage for failure to fulfill a work requirement could seriously impact their ability to receive care for chronic physical and mental health conditions that can worsen without treatment.”

The study is the first peer-reviewed study from IHPI’s formal evaluation of Michigan’s expansion, called the Healthy Michigan Plan. The evaluation, funded by IHPI’s contract with the Michigan Department of Health and Human Services, is required under a federal waiver that allowed the state to customize its Medicaid expansion when it launched in April 2014.

Tipirneni and colleagues John Ayanian, IHPI director and professor of internal medicine, health management and policy and public policy, and Susan Goold, professor of internal medicine and health management and policy, compiled the report based on telephone surveys carried out in 2016 in a representative sample of Healthy Michigan Plan participants.

Although the U-M team did not ask about respondents’ roles as caregivers for other household members and how that may limit their ability to work, they included these questions in the 2017 survey they just completed.

Respondents who had a mental health condition that limited their ability to function were twice as likely to say they were out of work than those without. Other factors that were associated with individuals’ being significantly more likely to say they were not working were being in their 50s or early 60s, being male or being in fair or poor health overall.

Tipirneni notes that survey respondents who said they were employed or self-employed may have enrolled in the Healthy Michigan Plan because many low-wage and part-time jobs do not offer health insurance. Employers are not required to offer health insurance if they have less than 50 workers, nor do they have to offer it to any employees who work 30 hours or less a week, under the Affordable Care Act.

Those with incomes under the federal poverty level also cannot get financial help to purchase their own coverage through a health insurance exchange such as HealthCare.gov, no matter whether their state expanded Medicaid or not.

“Medicaid expansion was designed to cover those who have a gap in their coverage or jobs that don’t offer insurance but don’t pay enough to allow someone to afford individual coverage,” Tipirneni said. “States considering work requirements should evaluate their potential impact on individuals, and the potential return on expenditures required for enforcement.”