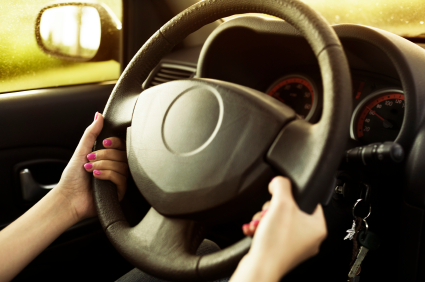 ANN ARBOR—While both young and middle-aged men and women are less likely to have a driver’s license today than nearly 20 years ago, the proportion of male motorists is declining at a higher rate, according to University of Michigan researchers.

The likely culprit? Cell phones and the Internet.

“One possible interpretation of the finding that the decrease in licensure rate has been greater for males than for females is that males are relying more on electronic communication than females,” said Michael Sivak, a research professor at the U-M Transportation Research Institute. “Because virtual contact through electronic means is reducing the need for actual contact, driving demand has been reduced more for males than for females.”

Using data from the Federal Highway Administration and U.S. Census Bureau, Sivak and colleague Brandon Schoettle examined recent changes in the gender demographics of U.S. drivers from 1995 to 2010.

“Our data indicate that the shift toward having more female than male drivers has been a gradual one that has continued throughout the 15 years examined,” Sivak said. “While in 1995 male drivers outnumbered female drivers, the opposite was the case in 2010. Furthermore, we expect that this trend is likely to continue in the future, further increasing the relative proportion of female drivers.”

Sivak and Schoettle say that changing gender demographics will have major implications on the extent and nature of vehicle demand, energy consumption and road safety.

“Females are more likely than males to purchase smaller, safer and more fuel-efficient vehicles, they drive less and tend to have a lower fatality rate per distance driven,” Sivak said.