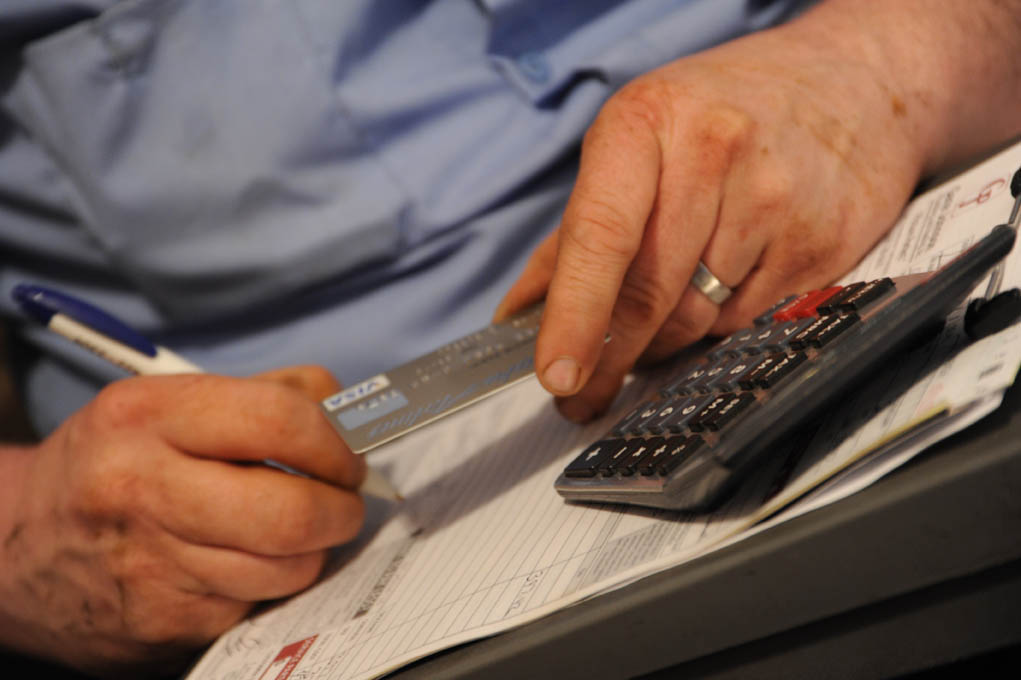 Although some personal finance experts advocate eliminating smaller debt first—even if it has a lower interest rate—in order to get a quick win, new research from Scott Rick of U-M’s Ross School of Business shows that such advice actually makes it harder to dig out of debt.

Debt is a major issue for U.S. consumers, since the average credit user holds more than five credit cards each with an average balance of more than $1,000, not to mention mortgages, car loans, student loans and other debt.

“It really seems like it makes sense when confronted with multiple debts to eliminate one right away,” said Rick, U-M assistant professor of marketing. “But there are more obscure attributes with debt, like interest rates, that make it the wrong thing to do in some cases.

In an article appearing this month in a special edition of the Journal of Marketing Research, Rick and colleagues devised a series of studies using field surveys and laboratory experiments. Their results show that consumers with multiple debts focus on reducing the total number of outstanding loans rather than on the total debt across loans. This phenomenon is known as “debt account aversion” and it’s a strong bias.

It’s so strong that experimental participants stuck to it even when they were required to acknowledge how much interest they were accumulating.

“There are a variety of ways to manage debt, many of which are not optimal,” Rick said. “One strategy we didn’t see a lot of was the rational one, where you pay off the account with the highest interest rate. We tried to be very explicit in the instructions and showed participants what was happening over time with the high-interest account blowing up. But despite this seeming simplicity, emotions drive us to wipe a debt off the books.”

One tactic in an experiment did prove somewhat effective. It measured whether participants were focused on the amount of interest that could accumulate in the future, the amount accrued to date, or neither. Participants were shown various pop-up boxes that reported the interest in different ways.

Those shown a “retrospective” pop-up screen, which reported the total amount of interest each debt has accumulated over the course of the game, had a lower total debt at the end of the game. While that manipulation didn’t remove the debt account aversion completely, it did nudge people toward more optimal behavior.

“It was a reminder of their failure so it did get them to behave differently,” Rick said. “The interest figures in that particular box were more alarming than the others. So that speaks to how credit card statements could be made more effective. It could report the total lifetime amount of interest accumulated on the current balance, as opposed to just the amount of interest accrued on the previous bill. That’s a question for policymakers.”

The study also showed that debt consolidation—where consumers bundle several smaller loans into one larger one to simplify payment—can reduce the harmful effects of debt account aversion. Though it can be costly in the short run, the study found debt consolidation to be more beneficial than previously thought. It focuses a consumer’s effort on reducing total debt and eliminates the ability to pay off a smaller, low-interest loan first.

Rick says the research has implications not only for consumers trying to manage debt and policymakers regulating credit, but for banks and credit card issuers.

“Lenders manage risk by assessing the likely speed at which their loans will be repaid and to the extent that this depends on the loan portfolios that borrowers already have, it is important for financial institutions to understand where their loans stand in customers’ repayment hierarchy,” Rick said.

The study is called “Winning the Battle but Losing the War: The Psychology of Debt Management.” Rick’s co-authors include Moty Amar of the Ono Academic College School of Business in Israel, Dan Ariely of the Fuqua School of Business at Duke University, Shahar Ayal of the New School of Psychology Interdisciplinary Center in Israel and Cynthia Cryder of the Olin Business School at Washington University.