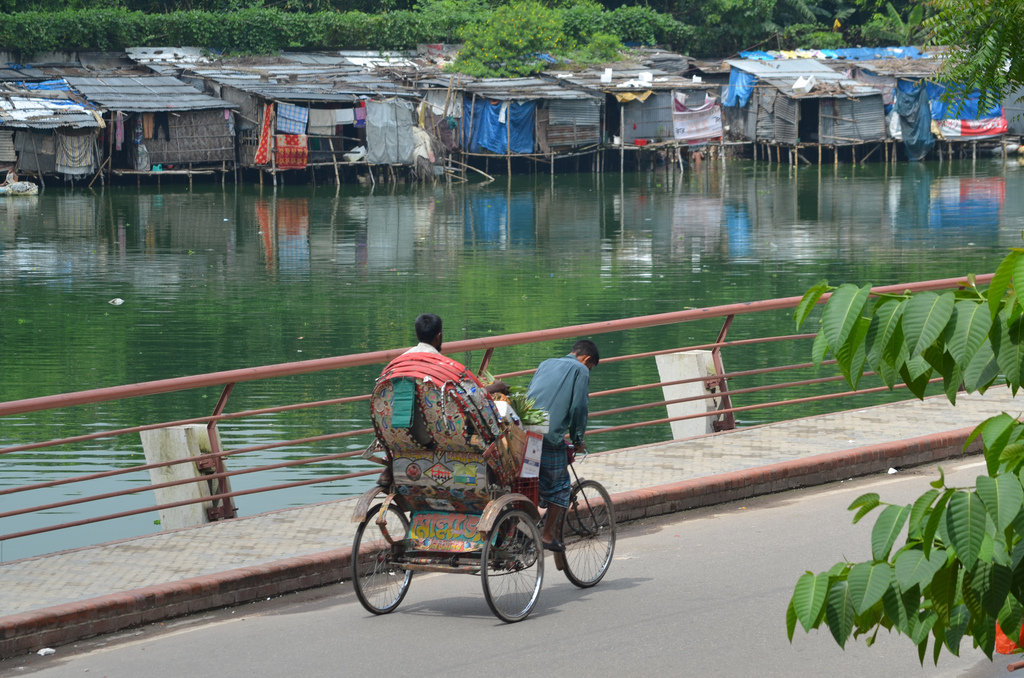 Dhaka, Bangladesh. Image courtesy of Flickr.com user eGuide TravelANN ARBOR—A new University of Michigan computer model of disease transmission in space and time can predict cholera outbreaks in Bangladesh up to 11 months in advance, providing an early warning system that could help public health officials there.

The new forecast model applies specifically to the capital city of Dhaka and incorporates data on both year-to-year climate variability and the spatial location of cholera cases at the district level. This allowed the researchers to study both local variation in disease transmission and response to climate factors within the megacity of 14 million people.

U-M theoretical ecologists Mercedes Pascual and Aaron King, along with former U-M postdoctoral researcher Robert Reiner and other colleagues, found evidence for a climate-sensitive urban core in Dhaka that acts to propagate cholera risk to the rest of the city. By including those findings in their model, the researchers were able to increase its accuracy and extend its forecasting ability far beyond previous disease models for the city.

Earlier models had prediction lead times of a month or less—too short to be of use in an early warning systems. The longer lead time of the new model will help inform decisions about treatment preparedness, vaccination and other disease-prevention strategies. 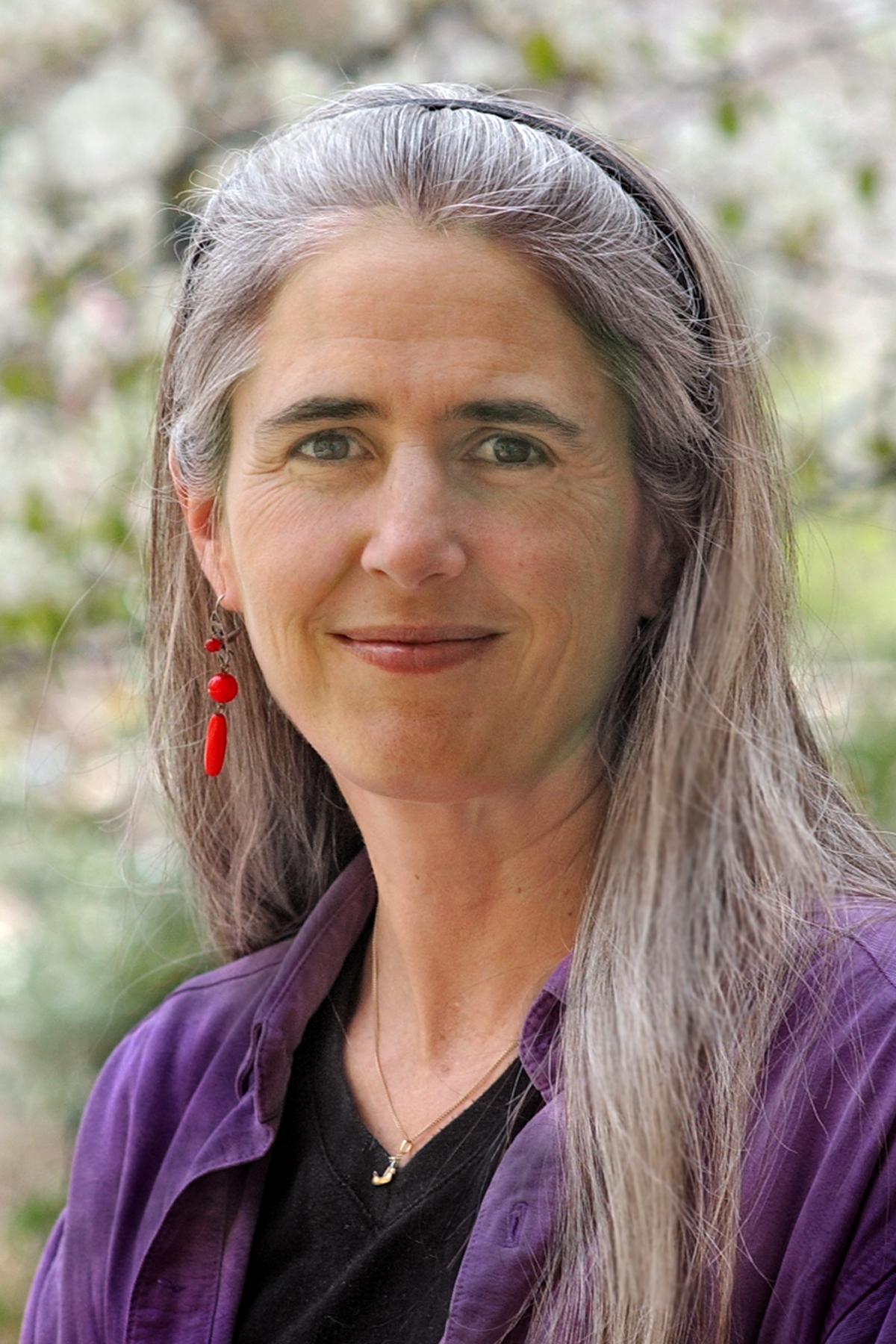 U-M theoretical ecologist Mercedes Pascual. Image credit: David J. Bay“What is new here is that we have analyzed the data in space and time by considering the cholera cases at the level of districts within the city,” said Pascual, the Rosemary Grant Collegiate Professor of Ecology and Evolutionary Biology. “Previous analyses here and in other places have aggregated the cases at the level of the whole city.

“This enables us to provide early warnings that are useful because they can help hospitals prepare for the effective treatment of large numbers of people,” she said.

The research team’s latest findings will be published online Monday in the Proceedings of the National Academy of Sciences.

In research done over the past decade, Pascual and her colleagues have found evidence that a phenomenon known as the El Niño-Southern Oscillation, a major source of climate variability from year to year, influences cycles of cholera in Bangladesh. Outbreaks increase after warm ENSO events and decrease following cold ENSO episodes.

The team also showed that the coupling between ENSO climate variability and cholera outbreaks has become stronger in recent decades, compared to the first part of the 20th century.

Cholera, a serious health problem in many parts of the world, results from a bacterial infection. The bacterium takes up residence in the intestines, causing vomiting and diarrhea, which can lead to severe dehydration and death if patients are not promptly treated.

Sanitary conditions and access to clean water are the main determinants of disease risk for cholera and other fecal-oral diseases. Those risk factors, in turn, are linked to the intensity of annual monsoon flooding, which varies greatly from place to place in Dhaka.

After analyzing cholera case data collected over many years by the International Centre for Diarrheal Disease Research in Dhaka, the U-M-led research team found evidence for two distinct regions within Dhaka: one comprising the older, central districts and another in the newer urban periphery. 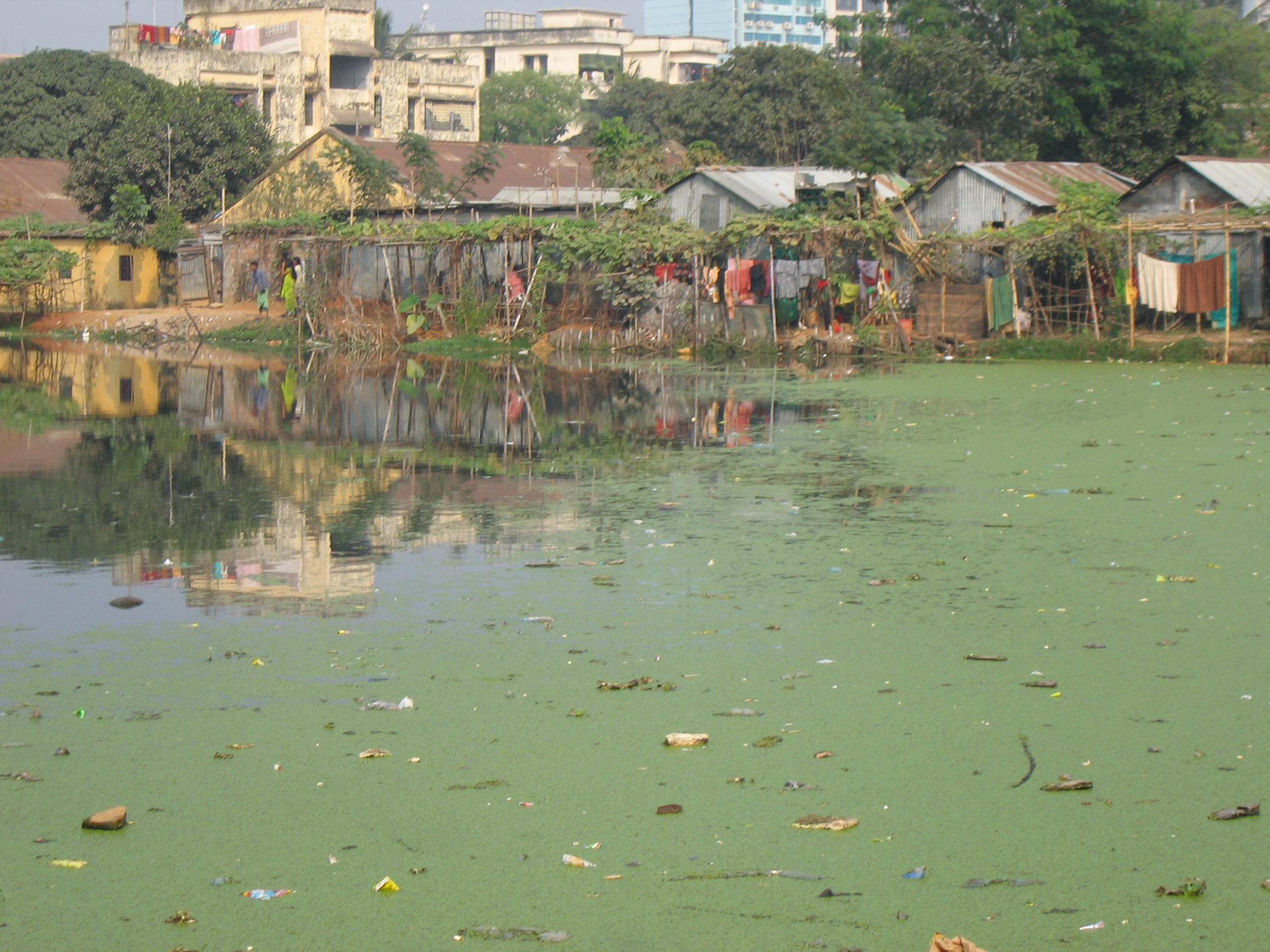 Life at the edge of a pond in one of the core districts of the city of Dhaka. The photograph illustrates some of the variation in living conditions and the problems with sanitary conditions that are greatly exacerbated later in the year with the floods of the monsoon season. Photo by Mercedes PascualCholera attack rates in the core districts are higher than in the periphery. The core districts are largely those with the highest population density, the highest number of the poorest quality housing, and the greatest reliance on municipal tap water, as opposed to wells.

The core districts are also most sensitive to ENSO-related climate variability, including flooding. The researchers found that flooding correlates strongly with the mid-monsoon-season cholera level in the core regions of the city, but is essentially uncorrelated within the peripheral regions.

And the flooding-induced breakdown of sanitary conditions is likely the principal mediator of climate’s effect on the post-monsoon peak in cholera cases in the core districts of Dhaka, the authors wrote.

“We can infer that the spatial heterogeneity we have identified reflects differences in sanitary and socioeconomic conditions that affect susceptibility to the disease,” Pascual said.

This differs from the current emphasis placed in the literature on the ecology of the pathogen, the bacterium Vibrio cholerae, in its environmental aquatic reservoir, she said.

“Our results underscore instead the importance of well-known risk factors for the small-scale transmission of diarrheal diseases, including cholera, that have been somewhat neglected in the recent ecological/climate literature on cholera, and support a role of these same factors in the response of the disease to climate forcing,” she said.

Pascual said she is working with Bangladesh researchers to implement the new warning system in Dhaka.

Low-lying Bangladesh is widely recognized as one of the countries most vulnerable to climate change. Natural hazards that come from increased rainfall, rising sea levels and tropical cyclones are expected to increase as the climate changes. At the same time, Dhaka’s population is expected to double over the next 25 years.

The first author of the PNAS paper is Reiner, who is now at the University of California, Davis. Other authors, in addition to Pascual and King, are Michael Emch of the University of North Carolina, and Mohammad Yunus and A.S.G. Faruque, both from the International Centre for Diarrheal Disease Research in Dhaka.