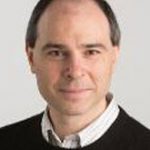 Richard Primus is an expert in the law, history and theory of the U.S. Constitution and a former clerk to Supreme Court Justice Ruth Bader Ginsburg.

“The Appellate Court’s unanimous ruling, which is unlikely to be overturned, signals that the federal courts do not believe that the Constitution became defunct on January 20,” he said. “The Ninth Circuit’s unanimous opinion is a technically excellent piece of work, laying out clearly the flaws with the administration’s position.”

Ann Lin, associate professor at the Ford School of Public Policy, has studied the most recent federal efforts to reform immigration policies. She can discuss how immigrants contribute to the country’s economic growth in the context of a globalized economy and whether more legal immigration is needed. In this video, she compares the immigration ban to a lender withdrawing its loan offer after successful vetting of a borrower. 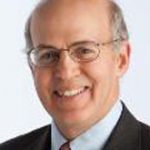 Richard Friedman, the Alene and Allan F. Smith Professor of Law, is an expert on evidence and U.S. Supreme Court history.

“The Ninth Circuit decision is a ringing rejection of certain aspects of the administration’s argument—in particular, its contentions that the president’s decision is unreviewable and that grievous harm will follow if the executive order does not go into effect immediately,” he said.

“At the same time, it adopts only a narrow argument to conclude that part of the order is likely unconstitutional—a thin basis for a decision to leave untouched a restraint against the whole order. It appears clear that the panel worked hard to reach a decision that all three judges could join. The president’s attacks on the judiciary enhanced their incentive to do so.”

Margo Schlanger, the Henry M. Butzel Professor of Law, is a leading authority on civil rights issues and civil and criminal detention. In 2010-11, she served as the presidentially appointed Officer for Civil Rights and Civil Liberties at the U.S. Department of Homeland Security.

“The Administration hasn’t lost yet—the travel ban is only on hold while the courts take an appropriately hard look at its constitutionality,” she said. “But the Ninth Circuit’s unanimously and persuasively rebuffed the Trump administration’s outrageous claim that the president’s executive order was completely unreviewable by the courts. Nobody is above the law, the three judges emphasized.

“In addition, the Court of Appeals explained that in the United States, citizens, non-citizens and visitors all have a right to fair treatment by the government. The court did not pronounce the executive order discriminatory, but did say that if this is a serious claim that needs further examination.”