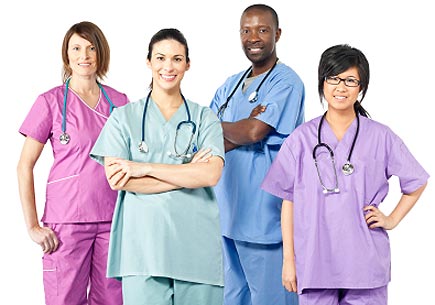 ANN ARBOR—Reports indicate that Michigan faces a physician shortage much larger than the national average, and it will grow as millions of Americans qualify for insurance under the Affordable Care Act.

Yet Michigan law prevents the medical professionals who could best mitigate this shortage from doing so, because it prohibits advanced practice registered nurses (APRNs) from using the full scope of their training and education to treat patients.

Pohl, former director of the U-M’s Adult Nurse Practitioner Program, testified before Michigan’s Senate Health Policy Committee on behalf of Senate Bill 481, which would allow nurse practitioners to practice under their own license, independently of physicians.

Currently, 18 states and the District of Columbia have passed similar legislation allowing nurse practitioners to prescribe medications and physical and speech therapy, among other responsibilities.

Kathleen Potempa, dean of the U-M School of Nursing, believes the legislation is essential for plugging the hole left by the physician shortage, and for meeting the health care needs of Michigan citizens. It’s also an issue for citizens in states with similar prohibitions on APRNs.

Potempa cites a 2010 Institute of Medicine report stating that laws limiting the practice of APRNs are barriers to providing the optimal health care and that finds nurse practitioners and other APRNs highly competent in providing primary care.

“APRN education is carefully regulated through national standards for curriculum and certification examinations,” Potempa said. “In practice, they must prove their proficiency through national boards, similar to how most medical specialties are regulated.”

Pohl told the senate committee that Michigan’s health professional shortage will worsen without the legislation.

“(APRNs) know that Michigan has the reputation for not being nurse practitioner friendly from a regulatory sense and more are leaving and going to states where regulation is in alignment with national standards,” she said.

A recent Michigan Academy of Family Physicians report finds that 45 percent of Michigan physicians plan to retire within 10 years. Michigan’s average ratio of residents to primary care doctors is 874:1, compared to a national average of 631:1. The report also quotes statistics from the Association of American Medical Colleges, which predicts a shortage of 8,000 to 12,000 physicians by 2020, with primary care physicians accounting for about 4,000 of the shortage.