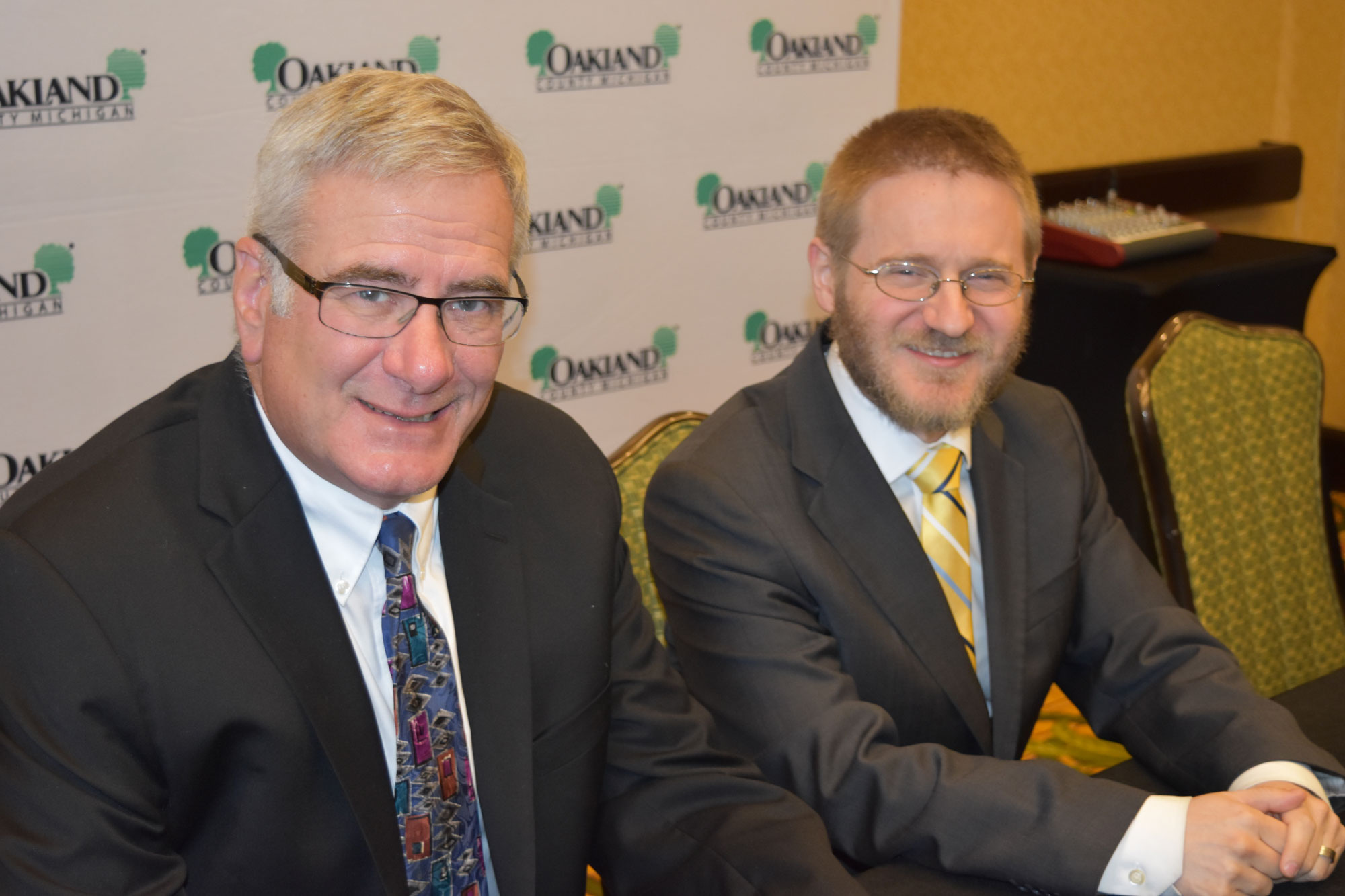 ANN ARBOR—The tempo of Oakland County’s job growth moderated in 2017, but that slow down appears to represent a “temporary hiccup” before it picks up to a more robust pace similar to 2015 and 2016.

Job growth for the next three years is forecast to average 1.9 percent per year or an increase of more than 42,000 jobs from 2018 to 2020, said University of Michigan economists.

In their annual forecast of the Oakland County economy, Gabriel Ehrlich, director of the U-M Research Seminar in Quantitative Economics, and colleague Don Grimes predict that the county will add about 12,200 jobs this year, 14,000 next year and 15,800 in 2020.

“Notably, growth has continued recently even with slight declines in Detroit Three vehicle sales in each of the past two years,” Ehrlich said. “Oakland’s recent growth reflects an economy that continues to diversify, a highly educated labor force and policy initiatives focused on future growth sectors.”

The county, with a population of 1.25 million, tied for 9th place (with Fairfield, Conn.) on a prosperity ranking when compared with 37 other counties of similar size across the nation.

According to Ehrlich and Grimes, employment in higher-wage industries (average annual wages of $75,000 or more) will increase by 5.9 percent (nearly 14,000 jobs) in Oakland County over the next three years. Jobs in middle-wage industries, paying from $35,000 to $74,999, are expected to grow by 6 percent (more than 19,000). Together, these wage tiers make up more than 80 percent of the net new jobs created in the county through 2020.

“We forecast job growth in Oakland County to skew toward the better-compensated end of the wage scale, consistent with the trend in the current recovery period to date,” Grimes said.

The largest job gains forecast through 2020 are in private-service sector industries such as professional and business services, health services, and leisure and hospitality. While manufacturing saw a boost in the past two years, adding 4,807 jobs, the forecast shows slower growth in the next three years.

In particular, motor vehicle manufacturing, which led the early stages of the economic recovery in 2011 and 2012 before slowing and then adding a surprising 1,611 jobs in 2017, will see few new jobs over the next three years.

Manufacturing employment outside of transportation equipment has tended to grow more rapidly. While employment growth in other manufacturing industries averaged 3.4 percent from 2012-2017, the forecast indicates that job creation in those industries slows in the next three years to an average 1.1 percent a year.

The 33rd annual U-M forecast of Oakland County’s economy was sponsored by 13 regional organizations. Its presentation was hosted by the county’s Department of Economic Development & Community Affairs, Chase and Oakland Community College.