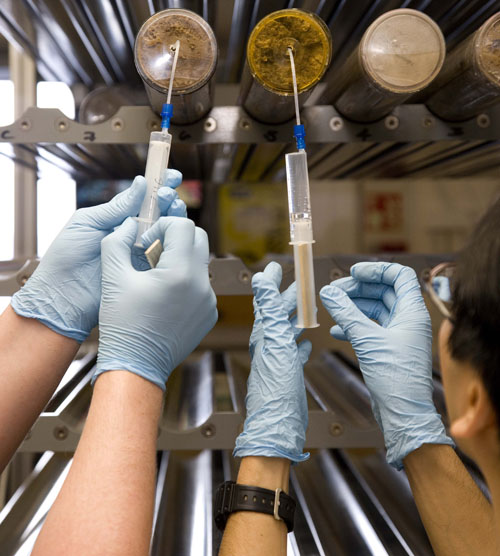 Rhizon interstitial water samples are taken from core sections for chemical analyses. Image credit: Integrated Ocean Drilling Program/United Stated Implementing Organization (IODP/USIO)ANN ARBOR—A study in the Aug. 30 issue of Nature provides, in unprecedented detail, the history of a crucial indicator of the relationship between the Earth’s carbon cycle and climate processes over the past 55 million years.

Over this time period, when the Earth is known to have transitioned from “hothouse” to “icehouse” conditions, the oceans also experienced a dramatic shift in the carbonate compensation depth, or CCD. Defined as the depth below which carbonate minerals (such as calcite) dissolve completely, the CCD is known to fluctuate over time: it shallows during warm periods and deepens when ice age conditions prevail.

In the Nature paper, U-M oceanographer Ted C. Moore Jr. and his colleagues present a detailed and quantifiable record of just how much the CCD has shifted during recent geological history.

“These results provide a better understanding of the Earth’s carbon cycle and especially the rather abrupt—geologically speaking—cooling of the climate that occurred 33.7 million years ago,” said Moore, an emeritus professor in the Department of Earth and Environmental Sciences. 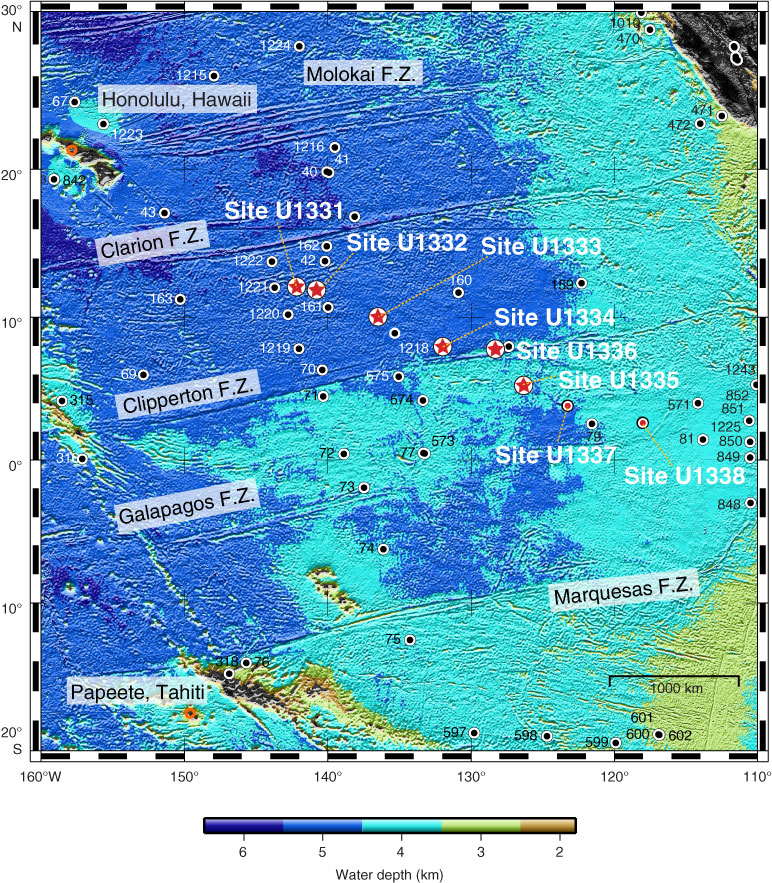 Map of drilling sites. Image credit: Integrated Ocean Drilling Program/United Stated Implementing Organization (IODP/USIO)The study, which relies on seafloor sediment cores collected during a pair of 2009 expeditions on board the JOIDES Resolution, demonstrates that 55 million years ago, the CCD of the Pacific Ocean sat at an average of about two miles below the sea surface. As the Earth cooled, however, the CCD sank, reaching its deepest point of almost three miles 11 million to 13 million years ago. Today, the Pacific’s CCD sits just less than three miles deep and is thought to be on the rise as a result of modern, human-induced climate change.

“Long-term change in CCD and changes in Earth’s atmospheric carbon dioxide concentration both result from shifts in how carbon is cycled by Earth processes,” said study co-author Mitchell Lyle, a geoscientist at Texas A&M University who co-led the second of the two expeditions.

“Adding geologic reserves of carbon into the oceans and atmosphere—by burning coal or petroleum, for example—causes oceans to become more acidic and causes the atmosphere and oceans to warm,” Lyle said. “This new CCD record is an important step toward understanding how the carbon system balances out over long time frames.”

The Pacific Ocean has remained the largest ocean on Earth for millions of years. Today, it covers one-third of the planet’s surface, and its biologically productive equatorial region plays a very important role in the global carbon cycle and long-term climate patterns. Over four months, the drilling vessel JOIDES Resolution—operated by the U.S. Implementing Organization on behalf of the National Science Foundation and the Integrated Ocean Drilling Program—drilled nearly four miles of core samples at eight different locations across the center of the Pacific basin. 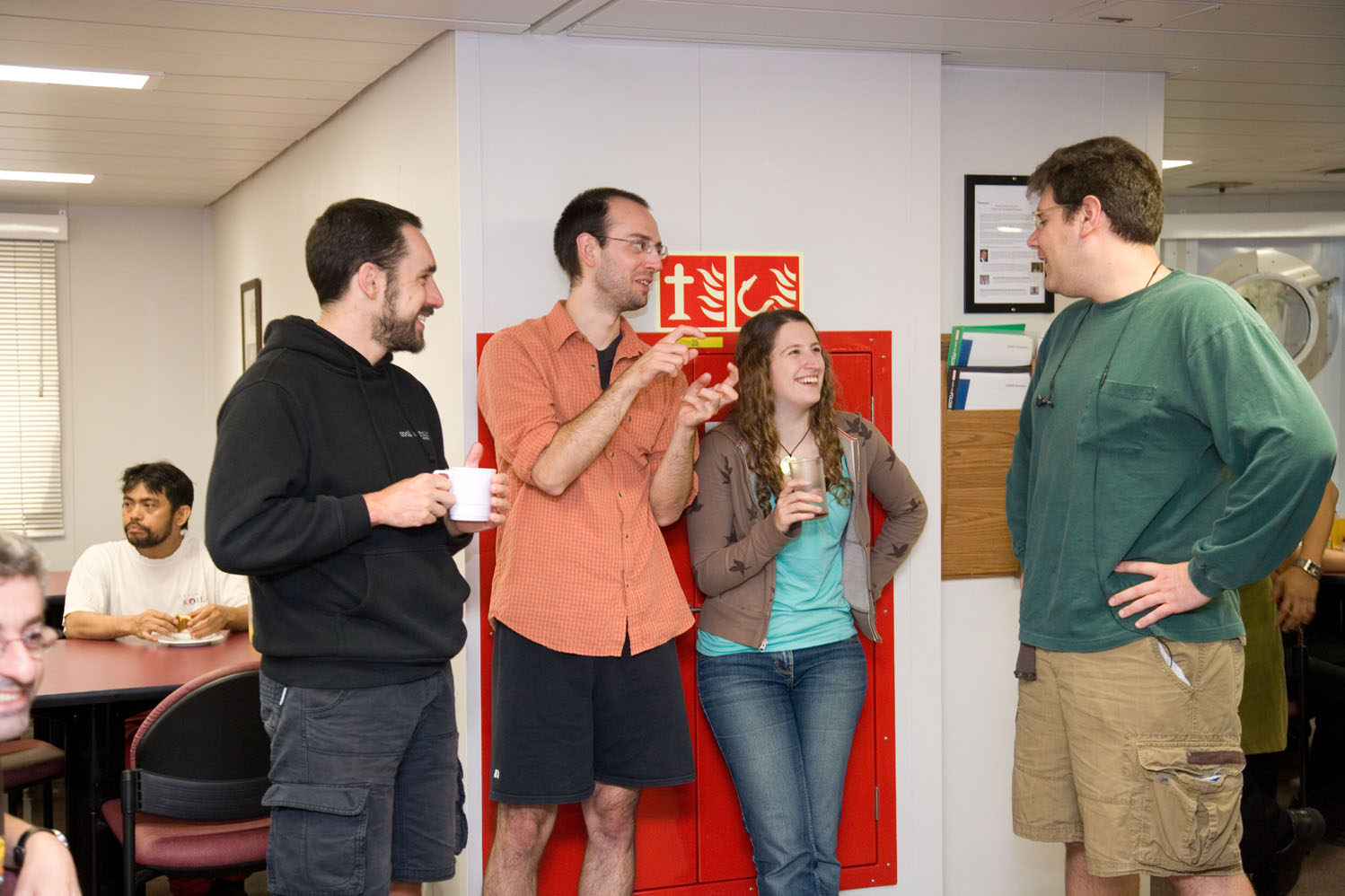 Volcanoes are a major natural source of atmospheric carbon dioxide, while the weathering of carbonate rocks can remove the gas from the atmosphere.

“The overall balance of these processes is reflected in the CCD,” Pälike said.

In the Nature study, Pälike, Lyle and their co-authors demonstrate that, in the equatorial Pacific, the CCD did not follow a one-way path to the depths as the planet cooled down. Rather, the data reveals five intervals prior to 33 million years ago during which the CCD fluctuated upwards and downwards in a range between 650 and 3,000 feet, and at least four more major excursions in the last 20 million years. 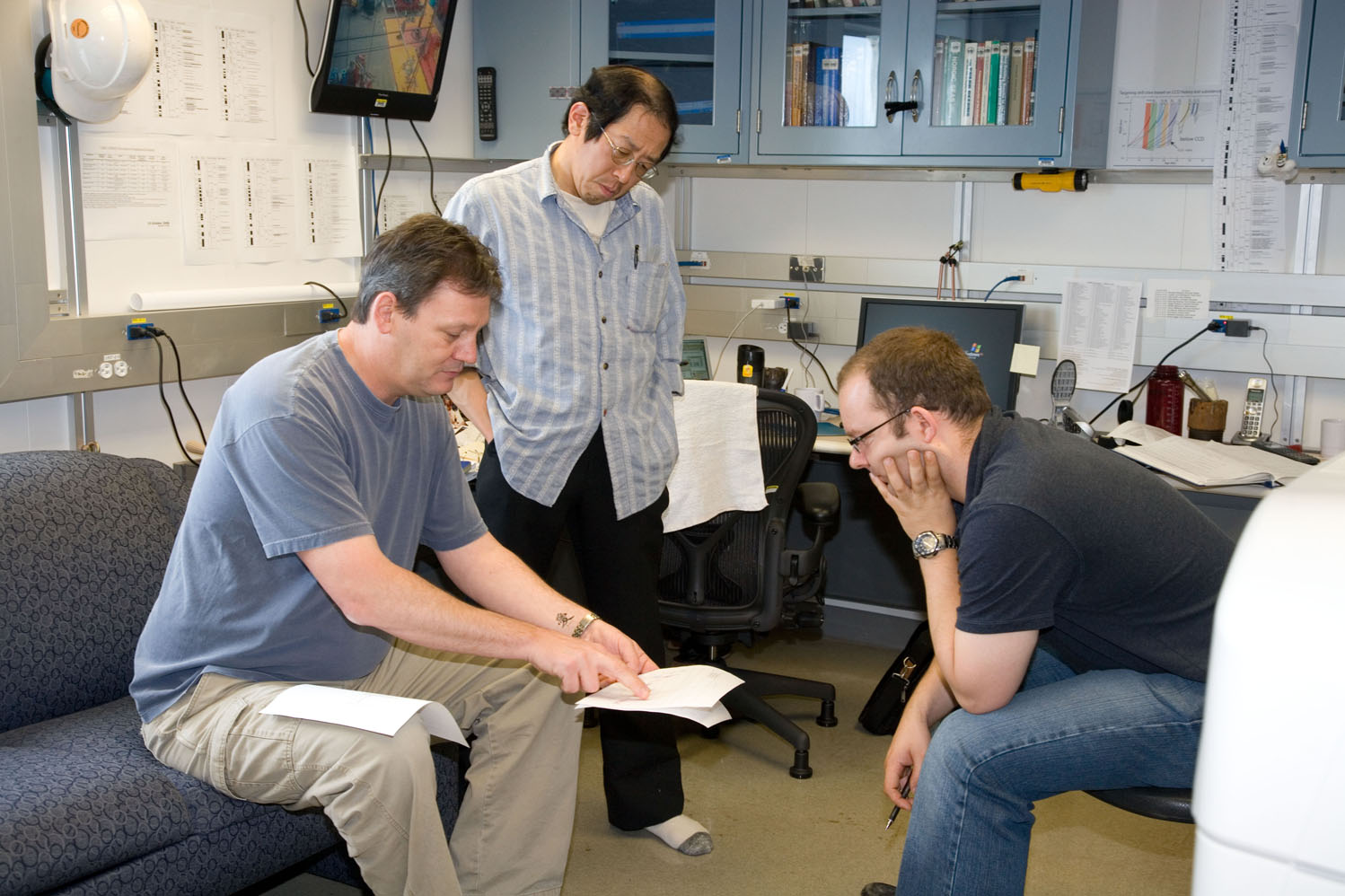 “Understanding the processes that caused these CCD excursions will provide important new insights about how the carbon cycle and climate are linked,” Lyle said. “And, they will help us better understand how and when the current spike in atmospheric carbon dioxide will eventually level out.” 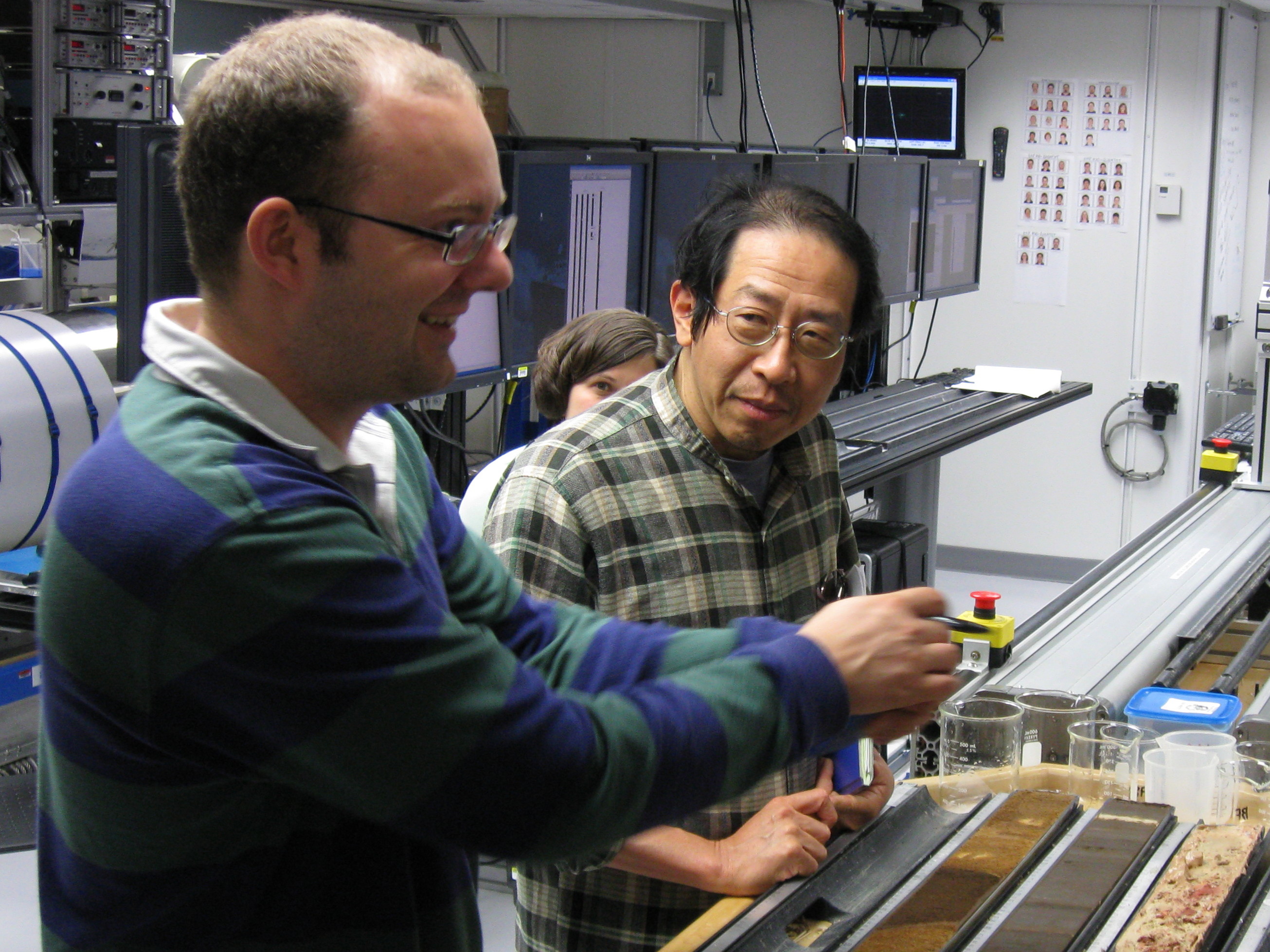