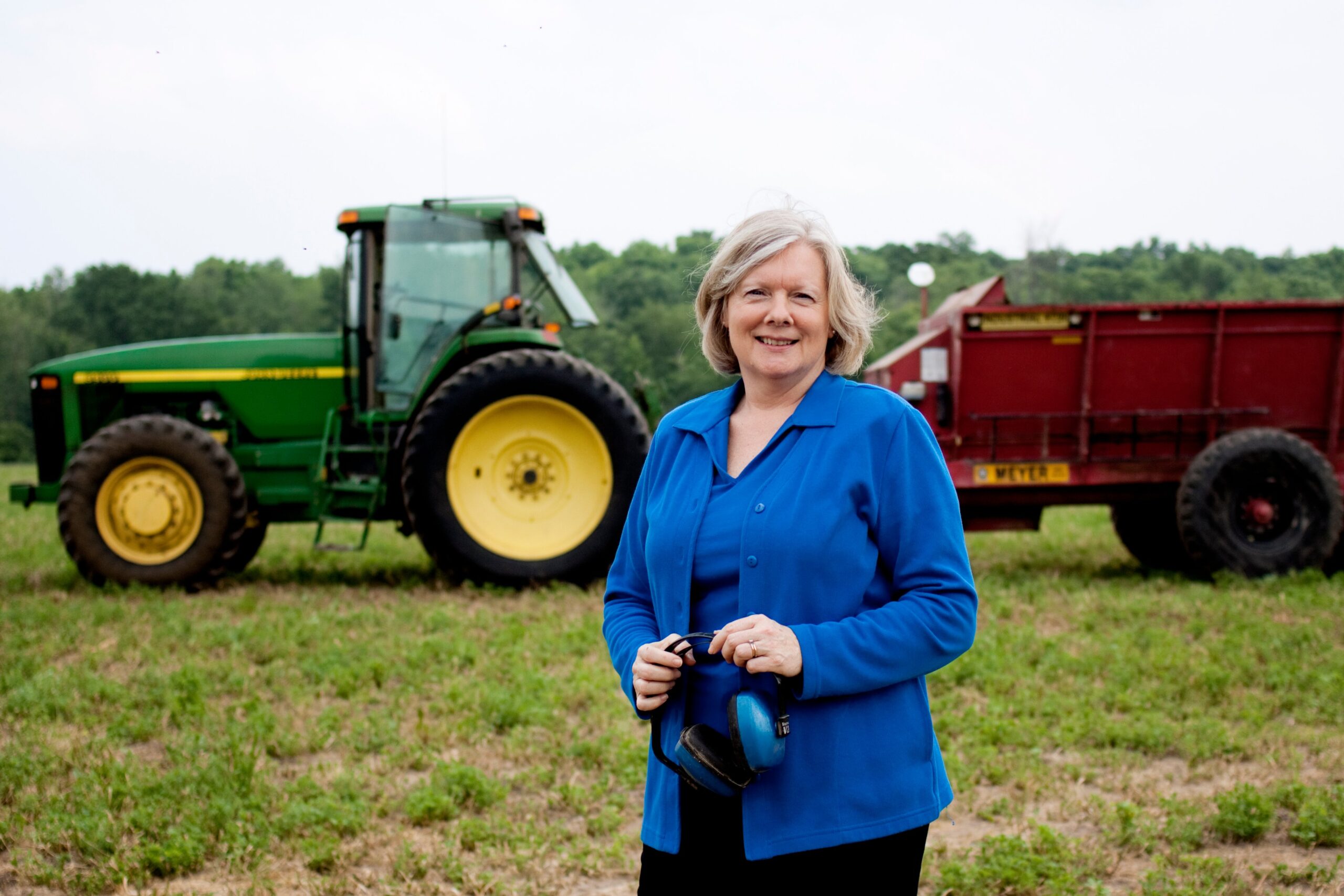 Researchers at the University of Michigan are interested in changing the behavior of some 2 million farm youths affected by hazardous noise exposure and hearing loss in the United States.

A study by the U-M School of Nursing found that incorporating hearing health education into an existing safety program increased the knowledge and attitude of hearing conservation practices among farm youths. It suggests that revisiting in-person lessons with online “boosters” or re-cap lessons may provide a pathway for sustainable hearing protection behaviors.

The research followed nearly 2,000 fourth graders from farm and rural communities, splitting them into groups to determine the effectiveness of various hearing health education programs. They were split into roughly three even groups: one group took part in a Safety Day hosted by the Progressive Agriculture Foundation; another group participated in that same program but also received a follow-up online booster; and the third group had no planned hearing health education lesson.

In comparison to the group without the lesson, those who had received the in-person lesson and the booster showed significant increases in favorable knowledge and attitudes toward hearing conservation practices.

While the content of the lessons were designed by Marjorie McCullagh, U-M professor of nursing, and her team, the actual instructors were community volunteers.

“The volunteers were almost exclusively untrained in education and health care, but they were committed to the idea that farm safety for kids is important,” she said.

The volunteers were almost exclusively untrained in education and health care, but they were committed to the idea that farm safety for kids is important

When volunteers submitted their 20-minute lessons for review, McCullagh said the team was impressed by the skill in using best practices for educating children.

“The instructors jumped in and learned the curriculum and did a fantastic job,” she said.

The lesson developed and tested by McCullagh’s research team has been adopted by the Progressive Agriculture Foundation for inclusion in its curriculum—delivered to more than 100,000 farm children and adults annually.

The study also revealed how frequently farm youth are exposed to hazardous noises. Nearly 10% of participants reported hearing loud sounds that “made your ears hurt or made you hear ringing sounds,” and 85%, 63% and 43% reported exposure to one, two, and three sources of hazardous noise, respectively, at least once per week.

McCullagh said such noise exposure is unfortunately considered normal. Farm children usually start operating tractors by age 7 or 8. Even infants may be given tractor rides while still in their carriers.

Children from farm and rural communities are also more likely to be exposed to bystander noise, such as a running tractor used to power other machinery. While an adult farm worker might wear hearing protection when operating the tractor, children playing around the farm and exposed to the noise most likely do not.

In one of the study’s exercises, students held a handful of chenille stems that represented hairlike cells inside the inner ear. The students then imagined a typical day, and, for encounters with progressively louder noises (talking with parents, using the lawn mower, a July 4 fireworks show), the students would run their hands over the chenille stems with increasing vigor. When asked to straighten the stems back to their original state, the students realized they couldn’t.

The message was clear: Hearing damage cannot be undone.

While the study provides evidence for improvement in knowledge and attitudes toward hearing conservation and noise mitigation strategies, there was no significant evidence that the online booster affected participants’ actual intent to use such strategies.

Possible limitations included measuring by self-report and potential confounding due to the “measurement effect,” wherein repeated testing (interviewing participants) might have served as its own intervention.

“There’s not going to be a one-shot solution,” she said. “We were successful in changing knowledge, attitudes and beliefs, which is encouraging because we know that those are precursors to changing behavior in the long term.”

It’s the long-term change in behavior that interests McCullagh. A native of North Dakota, she has witnessed first hand how farmers are at risk for many occupational hazards and underserved by health and safety programs.

Her next project will focus on determining the prevalence of farmer suicide. The issue is interconnected with hearing health, she says, since individuals with hearing loss often socially isolate and develop low self-esteem, which contributes to depression and anxiety.

McCullagh hopes her work with children can inspire the right habits to break such a vicious cycle.

“There is still so much to be done,” she said.

McCullagh’s study, published in the journal BMC Public Health, is an extension of her research that aims to promote health and safety among workers. Co-authors include James Yang and Michael Cohen, also of U-M Nursing.